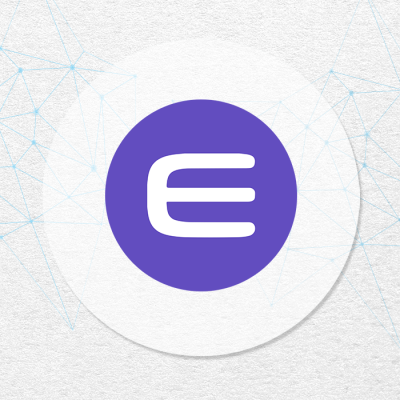 Enjin Coin (ENJ) is a gaming industry focused blockchain platform that is attempting to enhance economies that are popular in many video games. Founded in 2018 by Maxim Blagov, the Enjin project is concentrating on making blockchain integration into video games as accessible as possible and is marketing itself as an all in one blockchain game development platform.

The Enjin platform allows for both fungible and non-fungible tokens to be issued - the former for collectibles and the latter for in-game currencies that can be used for the trading of in-game items, among other things. Such elements are common in multiple video games, most notably Massively Multiplayer Online Role Playing Games (MMORPGs).

The team has developed an SDK for developers to quickly integrate blockchain tech with a game, but there are several other areas that are seeing development including eSports integration and dapp games.

Upgrades slated for arrival soon include Efinity, a sidechain network for highly scalable token transactions. Development in 2019 is focused on the Enjin wallet, EnjinX (an Ethereum blockchain explorer) and several major improvements to the Enjin Platform.

Most notably, however, Enjin garnered a lot of attention earlier this year as Samsung announced that it would be one of the few tokens with in-built support on its flagship Samsung Galaxy S10 smartphone, which is crypto-friendly. Strategic partners include Unity, NRG and PCGamer, all three prominent names in the gaming industry.

Enjin has pretty good games on it's chain. Some of them are battle games and some are trading card games. I feel that being on Ethereum layer 2 the chain has been pretty good so far but kind of expensive to play those games. I recently found out abou...

Today’s generation of crypto investors is deeply immersed in the metaverse, so Enjin is the name that rings the bell for most of them. It is one of many projects that make up the vast infrastructure supporting the modern metaverse. Enjin provides opp...

Ways to make your business grow with Enjin

Surging demand for cryptocurrencies drives the competition in the industry forward making it steeper than ever before. Modern crypto projects that have an intention to grab their piece of the pie are forced to innovate and present value propositions...

Enjin is a leading solution for the creation of NFTs that can be easily integrated with blockchain games. Enjin's primary feature that makes it stand out is the fact that all Enjin NFTs are backed by the project's native token, ENJ. Subsequently, use...

How Enjin donations can boost your Twitch?

Enjin offers a radically different approach to NFTs compared to its competitors. For one, all NFTs created using Enjin are backed by ENJ. So, these digital assets can be destroyed and converted to ENJ at any moment. This ensures that Enjin NFTs alway...

"The planet is dying, Cloud!" Via many of my posts, I've made my stance on NFT clear. I think the technology is great. I think it can be used for great things. Blockchains can be more effective than centralized databases for some projects. For now...

Cryptocurrencies are on the rise, and many online stores would like to capitalize on this trend by deploying a crypto payment gateway. Yet, not many store owners know that they can set up their crypto payments gateway virtually in a matter of minutes...

Helping the GameFi industry grow through the selection of the right services for long-term viability, Gamepad.co is a decentralized crypto gaming accelerator for players, developers, and guild owners. From incubation to project execution to community...

A Crypto Space Of Creation: What Is Enjin And $ENJ Coin?

Enjin is a platform that allows programmers to create and manage virtual commodities on the Ethereum network. It’s a rapidly expanding project co-founded by CEO Maxim Blagov and CTO Witek Radomski. It’s a for-profit corporation that began in 2009 as...

Enjin Starter (EJS) Next Move & Price Prediction for this crypto that has held it's value as this dips crashes through all of Crypto and Started with Bitcoin!   New Crypto Website For all things Crypto https://www.bitcoinrenegade.net   Join All my So...