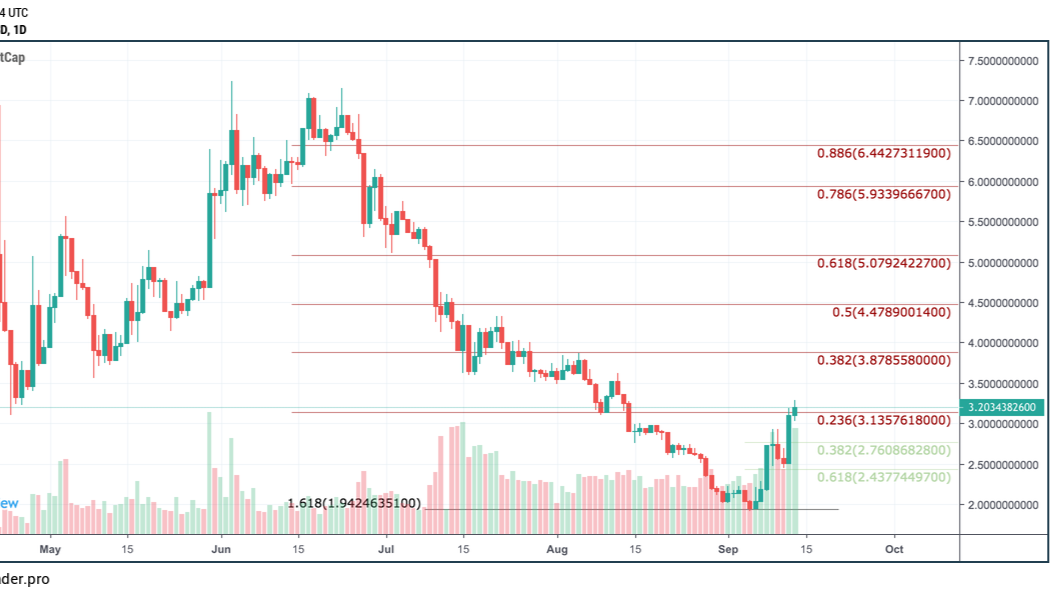 The cryptocurrency markets are pretty stagnant at this moment in time as Bitcoin continues to trade through the defined consolidation pattern. Whilst Bitcoin continues to dominate the market, the altcoins remain in a very gruesome position as they create multi-year lows against BTC.

However, there is one particular cryptocurrency that has managed to increase by a total of 65% over the past 8 days of trading. To the surprise of many, Cosmos has surged by a further 20% over the past 24 hours which has allowed the price for the coin to reach the $3.23 level. Cosmos now has a market cap valuation of $616 million - which puts it in the 21st position in the market cap rankings. This little known coin has now overtaken veteran projects such as ChainLink, Ontology, and ZCash - and the majority of the trading is not even taken place in the Western world. 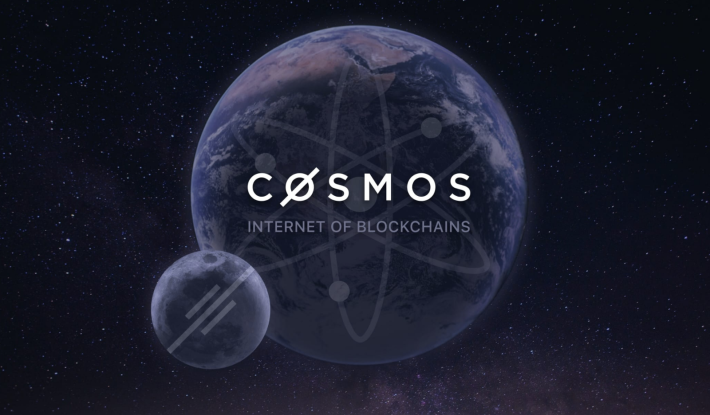 Cosmos is relatively unknown to many in the crypto-sphere. This will all start to change now - especially considering that the project is about to reach the top 20 ranked cryptocurrency projects. Cosmos is described as a decentralized network of independent blockchains that can run parallel to each other. Each individual blockchain is powered by the BFT algorithm.

It seems that the team over at Cosmos would like to create a network for developers to be able to build powerful solutions whilst maintaining interoperability with each other. The network is built on the foundation of 2 components. The first is the Tandermin Core, the open-source base layer that acts as a blockchain development platform. The second component is the Inter-Blockchain Communications (IBC) Layer that enables the interconnectivity communications between the individual chains on the network.

Where Is The Trading Happening?

The majority of Cosmos trading is occurring on an exchange called Hotbit. This exchange is based in China and conducts over $600 million in trading volume every day. This shows that it is mainly the Eastern world that is driving the price surge for Cosmos.

Looking at the daily chart above, we can see that, like the majority of the industry, Cosmos has been struggling since June 2019 after dropping by a total of 72% to reach the support at the $2.00. At $2, a rebound higher was seen which had sparked the recent rally that has allowed Cosmos to increase by over 65% over the past 8 days.

We can see that after rebounding, Cosmos went on to rally higher and has recently broken above the $3.00 level. Cosmos has managed to break above resistance provided by the long term bearish .236 Fibonacci Retracement level and looks to want to head higher.

Looking at the 4HR chart, we can see that Cosmos is still not ready to slow down as it attempts to make further ground above the $3.20 level. If the bulls can continue to add to the pressure higher, we can expect immediate resistance toward the upside to be located at $3.28 which is provided by the short term 1.414 Fibonacci Extension level.

If the buyers can continue to cause Cosmos to rise higher, we can expect resistance to then be located at $3.48 (1.618 Fibonacci Extension level), $3.50, $2.75, and $3.87. The resistance at $3.87 is provided by the long term bearish .382 Fibonacci Retracement level and should provide significant support moving forward.

To the surprise of many Cosmos has risen to the 21st ranked position in the market cap rankings after increasing by a total of 65% over the past 8 days. There are not too many updates to hint as to why Cosmos might be surging, however, we do know that the majority of the action is taking place on the Chinese exchange, Hotbit.

Cosmos may experience resistance at $3.28, but if it can break above we should see it continuing its journey toward $3.87.