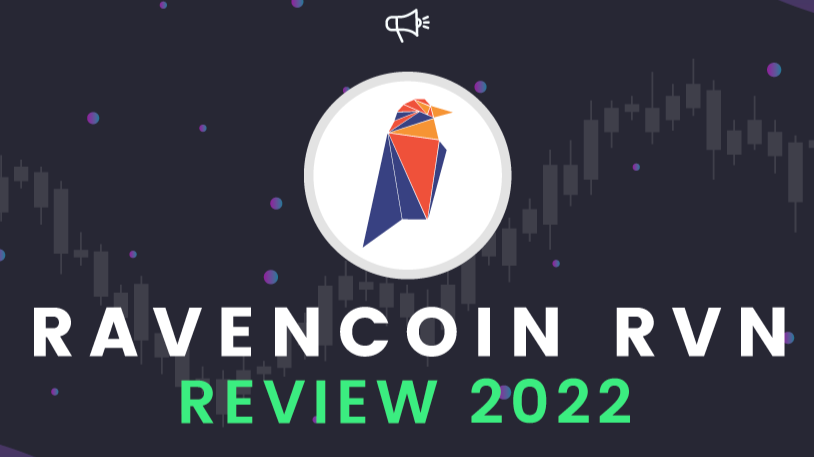 What Is Ravencoin? RVN Review 2022

Ravencoin is a fork of Bitcoin that enables users to create and manage digital tokens, instantly and securely transfer them, and mine with fair distribution of rewards.

The coin was launched in January 2018 — at the peak of the first major bull run and on the 9th anniversary of Bitcoin. The name of the asset refers to The Game of Thrones: while ravens carry statements of truth in Westeros, Ravencoin carries statements of truth about the network’s users.

In the domain of Proof of Work assets, Ravencoin is one of the assets considered to have the best perspectives. In 2021, the cryptocurrency soared 8X. What makes Ravencoin so valuable, and what are the price predictions for RVN?

What Is Ravencoin (RVN)?

Ravencoin is an open-source peer-to-peer network that went live in 2018. Its main goal is to make asset creation, management, and transfer easier on a global level.

On the RVN blockchain, anyone can build a token customized for a specific purpose. These can be utility, security, game assets, or NFTs. Developers can name them, limit their supply, and set other characteristics.

How does the fair token distribution work in Ravencoin, and why is this important?

Fair launch. In the early days of RVN, all users had equal access to investing and mining the coin. There was no pre-mining, ICO, token sale, or special rewards for founders.

Fair mining. Many Proof of Work coins including Bitcoin are criticized for the centralization of mining — it costs too much for individual miners, so only huge enterprises can afford it. Ravencoin addresses this problem. The coin is ASIC-resistant — it changes the hashing algorithm occasionally (twice since 2018 so far) and uses various hash functions for different blocks. ASIC producers can’t adapt to such fast changes, so regular users can profitably mine with GPUs. This is how Ravencoin achieves decentralization of mining and a fair distribution of rewards.

What Is the Ravencoin (RVN) Team?

The founders of Ravencoin are developer Tron Black and businessman Bruce Fenton. Black is also a lead developer in RVN — when the coin was just launched, the team received financing from Medici Ventures, and Black was the main dev in the company. Currently, the RVN blockchain is guided by the Ravencoin Foundation that was launched by the community in 2020.

Raven doesn’t publicly reveal any information about its team. All the work regarding the development of the open-source project is done by a decentralized community of the Ravencoin Foundation and managed by Tron Black.

What Is the Ravencoin (RVN) Roadmap?

Ravencoin roadmap can be found on the team’s official GitHub. It shows 9 stages, of which a few have been finished by March 2021 (the time when the last update was submitted to the GitHub page). They comprise the Ravencoin blockchain launch, the completion of asset creation and management tools, and measures against ASICs.

In Phases 8 and 9, the team implemented such features as a backup with a seed phrase as long as restricted assets. Phases 6 and 7 are mentioned as uncompleted — they include voting and increased compatibility of newly created assets.

Fair launch and reward distribution are not the only advantages of Ravencoin over its predecessor, Bitcoin. Here are the 4 technical innovations of the blockchain:

How to Mine Ravencoin (RVN)?

Here are 4 steps to begin:

Ravencoin was demonstrating a moderate price dynamic between its launch and January 2021: there were 3 peaks with a gradual return to the starting price of 1–2 US Cents. Later, there was a major crypto bull run of 2021 and a GameStop stocks craze, so the coin surged to $0.285 making 11X in just a month. At the end of February 2022, RVN was trading at $0.057.

Ravencoin price predictions are rather bullish for 2022 and ahead. This is due to the fundamental value of the cryptocurrency — users appreciate that they can build custom tokens and fairly mine RVN. Together with halving, this provides good conditions for Ravencoin growth.

Wallet Investor predicts that the asset will cost $1.21 in a year and $0.35 in 5 years. Digital Coin Price expects RVN at $0.089 in February 2023. Please keep in mind that these predictions have been made with AI technologies and should not be considered investment advice. Do your research to make weighted financial decisions.

You can buy Ravencoin on all major centralized crypto exchanges (CEXes) like Binance, Coinbase, and others. They offer a good trading experience, but they require registration, personal data, and an identity check. To buy Ravencoin anonymously, use ChangeNOW — in our exchange service, you don’t need to go through registration or KYC. In just a few minutes, you can buy Ravencoin with 350+ digital assets without any hidden fees. You can also purchase RVN with a credit or debit card with 50+ fiat currencies.

Ravencoin is a Proof of Work network where users can issue utility, security assets, and collectibles. The asset is a Bitcoin fork with 4 innovations that make its network faster and more secure. Ravencoin is ASIC-resistant, decentralized, and offers miners fair reward distribution. All this allows investors to look positively at the asset’s future. If you are optimistic about Raven, too, head on to ChangeNOW to buy the coin.