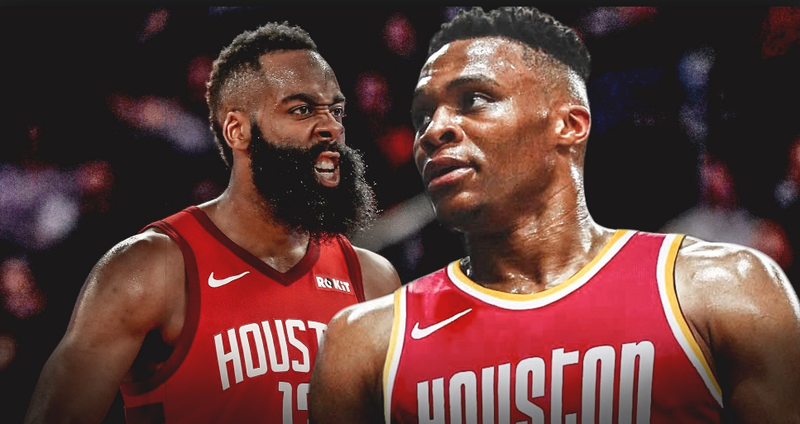 Here they meet again in Houston!

Russell Westbrook says that he has arrived Houston for championship with his old teammates James Harden with the Rockets uniform.

Westbrook told the press today with his sincere words: “We both understand that we have one common goal and that’s to win a championship… I don’t have to touch the ball to impact the game." Westbrook also said that "We've been friends for many, many years. Since I was 10, actually" (I really wonder that this childhood friendship will bring a ring to them or not)

In this photo at below Westbrook is looking at the Rockets Legend Hakeem Olajuwon photo on the wall and i believe he wants to become champion like Rockets haved done in 1994 and 1995 with their legendary team. The official Houston Rockets twitter account shared this photo with "Focused on greatness" comments.👇 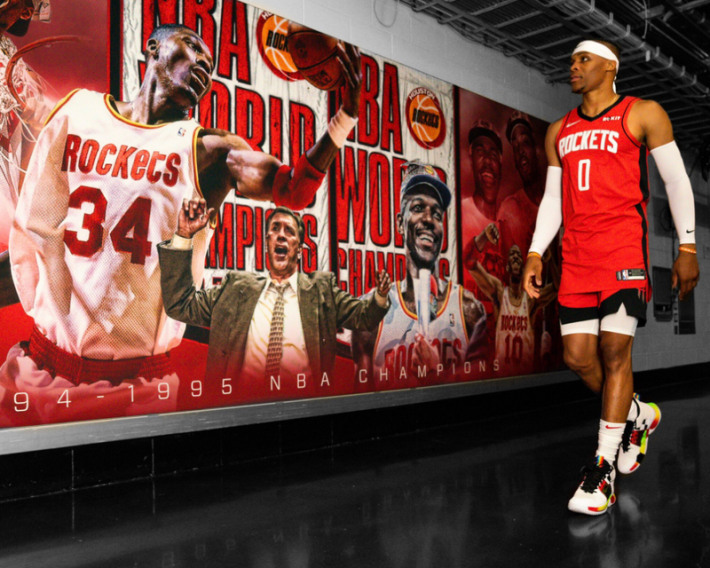 Westbrook and Harden played together 3 season between 2009-2012 and their last year they have achieved to reach to the NBA Finals, unfortunately they have lost against Miami Heat's Big3.. Oklahoma Cith Thunder went 152–78 in Harden's three seasons with the Westbrook while they reaching the playoffs in 3 straight years. 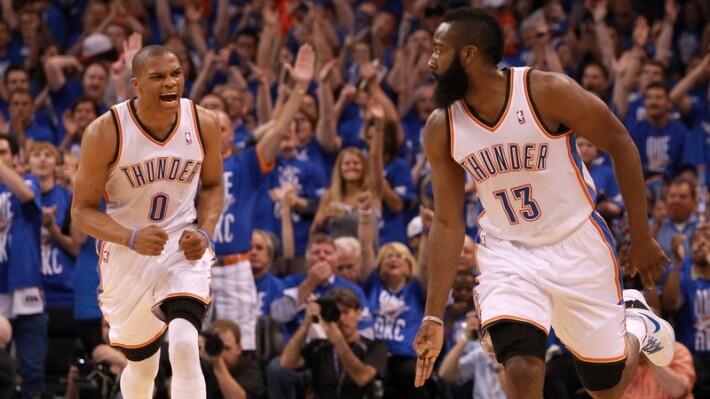 This new season will bring lots of interesting things to all of us and i am sure the Rockets will give big time energy to the league with their superstars Harden & Westbrook. I wish good luck to them..

If you watch this video you would understand that this duo could bring lots of heat to the NBA in this season! 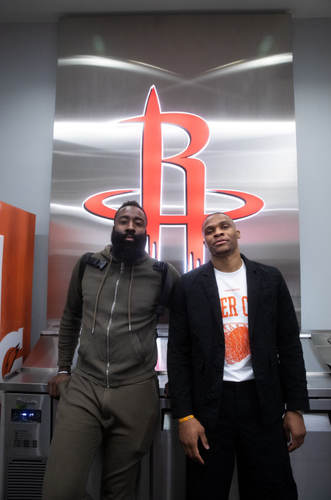