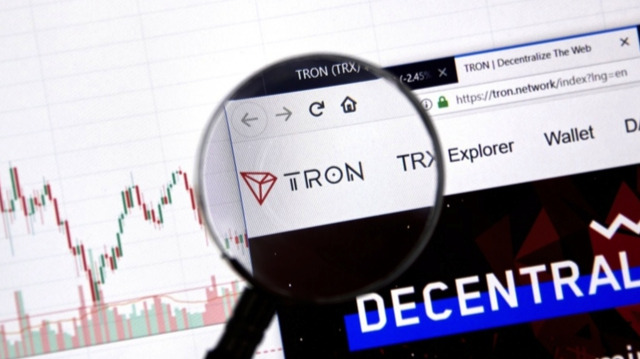 A Guide to Tron Cryptocurrency

TRON is a digital currency created by controversial figure Justin Sun that aims to expand the area of decentralized applications (DApps) by making the tools for their creation and management more accessible to users.

Despite the fact that over 1000 DApps currently exist (mostly on the Ethereum blockchain), creating them is still a huge challenge for developers. This in turn limits blockchain adoption since the technology is best used in applications that normal people interact with.

One main challenge faced by developers is the complex protocols associated with blockchain technology. Since the technology is fairly new, developers have a problem figuring out how to fit their applications into the system.

This is where TRON comes in. It eases the transition, allowing developers to turn otherwise centralized applications into decentralized ones and create new DApps from scratch. TRON does this by simplifying the distribution of data without restrictions. Users can easily upload and store data in various content formats, including videos and audio files through content-enabled channels.

The TRON platform also rewards users with its asset known as TRX for uploading digital content. Usually, the user receives rewards proportional to the number of uploads they’ve done on the network. This sustains the platform by incentivizing users to upload even more files in the DApp creation process.

The most important value that TRON presents is its unflinching focus on people rather than enterprise. Using TRON cryptocurrency, users now have a cheap, secure and efficient way to keep their digital footprints intact. This way, it will be more difficult for them to fall prey to phishing ads on the internet.

The TRON transaction system also bears a huge advantage for users. They are all carried out on a public ledger, allowing anyone to trace transactions even without giving up user data. This system, known as the TRONix transaction system, uses a model UTXO, which unlocks preset amounts of TRON that users send using a defined set of rules.

How is TRON Different From Other Cryptocurrencies?

A major difference between TRX coin and other cryptocurrencies like Bitcoin is that it cannot be mined.

Apart from the fact that it cannot be mined, TRON bears even more differences to its peers. One of them is that it is mostly entertainment-focused. While the platform retains its decentralized use of blockchain, it is aimed at the global content and entertainment sector through its foundation.

The entertainment industry is rife with agents and other middlemen that make it difficult for creators to make and keep enough of their profits. TRON cuts out these middlemen, allowing digital content creators to receive money directly from their customers.

Traffic dependency on larger platforms like Twitter and Facebook are also greatly reduced since the process becomes more streamlined for creators. They are able to reach customers directly on the TRON platform, without the problem of filtering out a niche-specific target audience.

Other applications of TRON that set it apart from other cryptocurrencies include:

Providing a solution to the issue of data privacy and centralization, which limits content creators by streamlining them into a few companies.  Such companies collect data from the general population to be implemented in their own operations. All monetary support for the TRON foundation is derived from the TRONix system.

Using a UTXO model to monetize content to allow its creators to reap the benefits of their hard work.

Guaranteeing privacy by eliminating the need for social ads so that the bigger social platforms have less access to user data.

How Does it Work?

TRON is capitalizing on the peer-based systems in existence to ensure that creators aren’t cheated out of their work. The platform is achieving this by creating a bridge between them and their consumers. Like any other content-focused system, for the TRON ecosystem to work, several things must happen:

How to get TRON:

Getting TRON is quite easy as long as users follow these steps:

Set up a TRON wallet which supports TRX tokens. Since TRX initially used the Ethereum ERC20 standard, it was compatible with Ether wallets. However, ever since its huge move to its main net in May 2018, there are dedicated wallets that are compatible with TRX now. Some of these wallets include TRON wallet (mobile & web), TRONscan wallet (web), Cobo wallet (mobile), Altcoin.io wallet (desktop client & web) and Ledger Nano wallet (hardware). These wallets are available for iOS, Android, Windows, and chrome.

As soon as the wallet is downloaded, users can now be issued public and private keys. The public key acts as a wallet address to be given to those who would like to send money to it. The private key, on the other hand, acts as a password and must never be disclosed to other parties.

TRX can be bought on exchanges like Binance, OKEXx, and HitBTC. This means that a user must buy another cryptocurrency such as Ethereum on an exchange like Coinbase first. After, the ETH can be exchanged for TRX.

Comparing the price of TRX now ($0.0138) to what it was in June 2018, it is easy to see that the currency is currently underperforming in a pattern shared with other major digital currencies such as Bitcoin.

Initially, there was some speculation on whether or not TRX would be able to hit $1 before the end of 2018. While that currently seems unlikely, the cryptocurrency markets have continuously shown that a few days can make a huge difference. This is especially evident in the case of Bitcoin, which began December 2017 at a price point of $10,839 and reached its peak of more than $20,000 less than nine days later.

Apart from the influential Justin Sun, TRON is supported by BITMAIN Co-founder, Jihan Wu, who has shown eagerness to purchase it in the past.  Although Wu is a controversial figure in the industry, his endorsement has been a huge defining factor for the platform, which raised about $70,000,000 in its crowdfunding efforts.

Another big name backing TRON is Dai Wei, one of the most successful transport executives and TRON investors, as well as the founder of Ofo. BTCC.com founder Yang Linke and popular business magnate Yin Mingshan are also backing the project

TRON is working to solve one of the biggest problems that accompanied global acceptance of the internet: fair content distribution. The decentralization of the entire process reduces the overall cost incurred and ensures the longevity of the distribution system.

TRON is moving closer to its grand vision every day, along with TRX, its digital asset. Maybe eventually, the centralized model of content delivery will be eradicated completely, giving rise to a fairer, decentralized ecosystem.

Article brought to you by MintDice Bitcoin Dice Game.