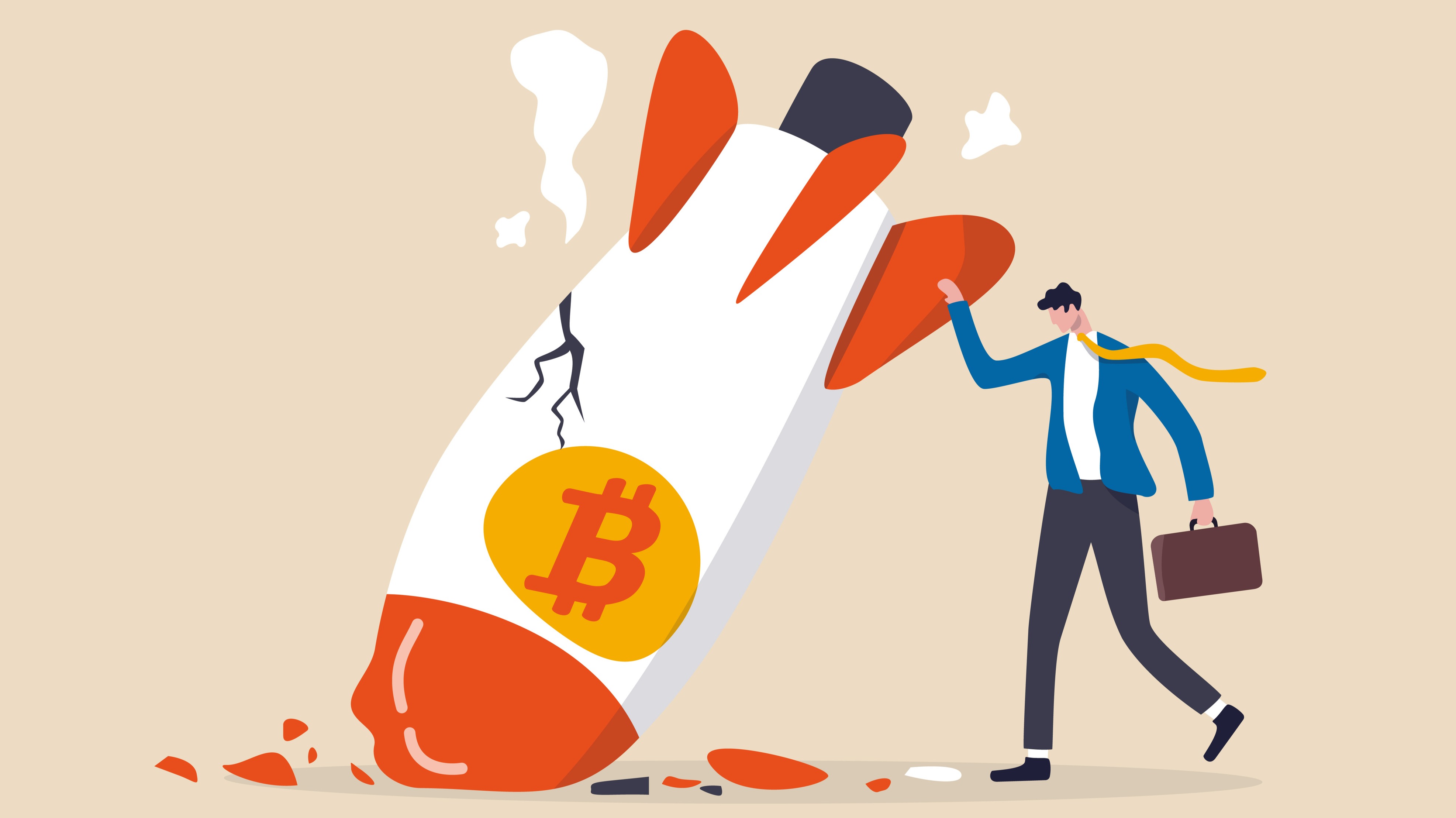 Sounds pretty bad, doesn’t it? Bitcoin’s about to do it — within the next week or so.

Some people say this death cross will send bitcoin into a bear market, but the last time bitcoin had a death cross, its price went up 700% in the 12 months that followed.

Lots of death crosses, not a lot of death

We’ve seen seven death crosses in bitcoin’s history. What did bitcoin’s price do immediately after each of those crosses?

As shown in this chart: 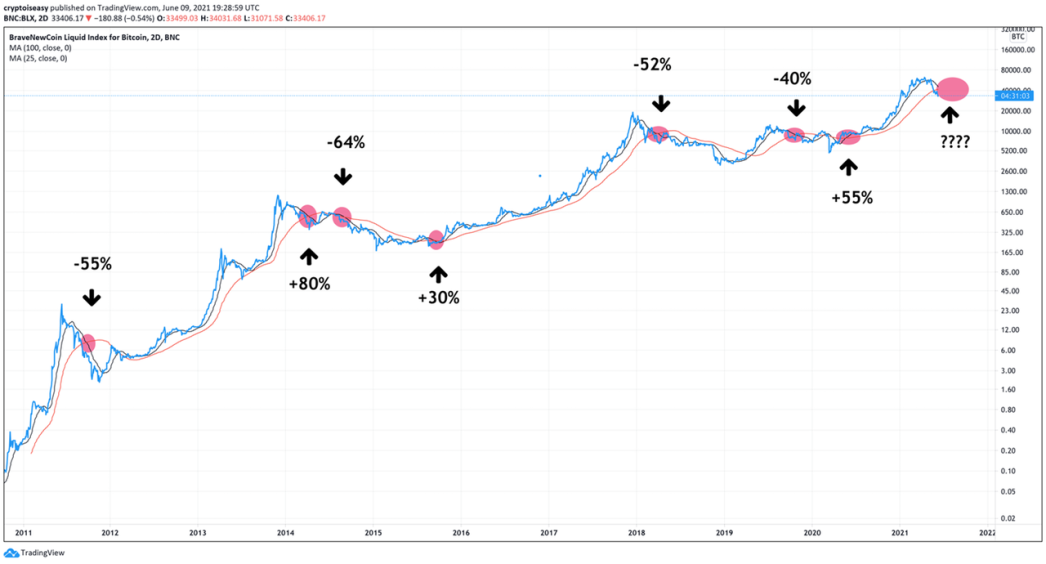 Down four times, up three times before switching direction.

Will bitcoin’s price go up after this next death cross? That would put the score at an even 4-4.

From death to birth

How has bitcoin’s price performed from each death cross to each golden cross?

Five times you’d be up, two times you’d be down, and then you’d get a bull market. Doesn’t sound like terrible odds, though I’d hate to have to spend 13 months seeing my bitcoin worth less than when I got it.

So many death crosses, so few bear markets

While YouTube and Twitter have started to obsess over the dire consequences of this death cross, let’s not overlook a small arithmetical dilemma.

But there are seven death crosses.

Can you have seven death crosses but only 3 bear markets?

I’m told yes, because some death crosses are fake-outs.

In bitcoin’s case, most death crosses were fake-outs.

What if this one’s a fake-out, too?

I don’t know all the nuances of death crosses, I’m not a trader, I’m just taking what people say and pointing out the realistic outcomes. Sometimes, bitcoin’s price goes up. Sometimes, its price goes down.

Are you still worried about the death cross?

That was the longest bull market in history—and it was littered with death crosses!

Death crosses confirm price went very fast over the short term compared to the long term. What goes up must come down.

While that’s reason enough to expect a regression to the mean, buying the death cross has historically turned out in your favor.

When bitcoin’s price dropped, it later came back up and then went higher.

When bitcoin’s price went up, it never came back.

Alternatively, you can wait for the golden cross to confirm the bull market. Five out of seven times, you’d end up buying higher.

This is a hard market and risky at any price, high or low. If you can force yourself to buy now, when history and game theory say you should, you won’t have to chase the price once the next parabola begins. You’ll have your bitcoin.

At that point, while everybody else is rushing back in, you can sit back, relax, and enjoy the ride.