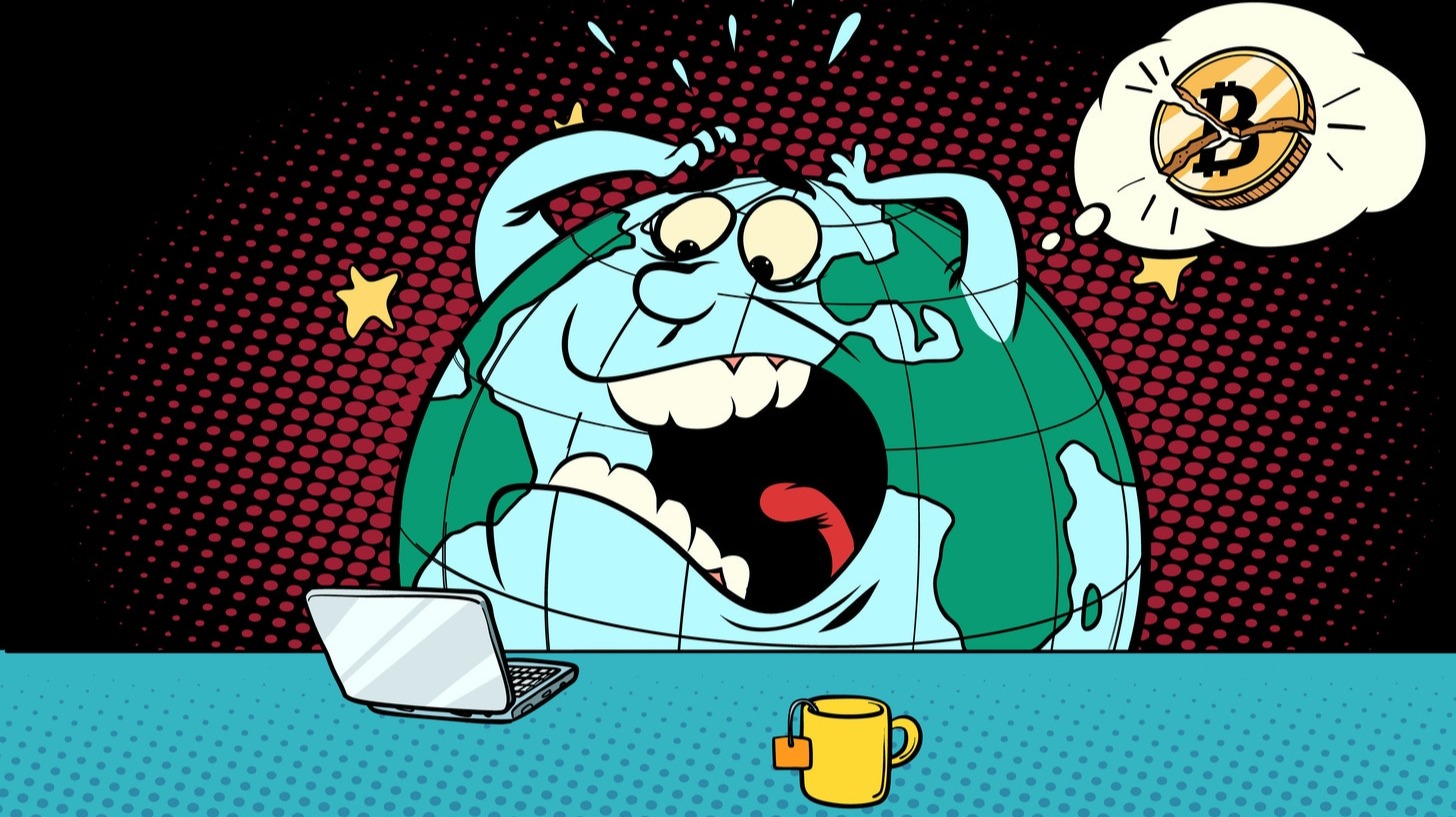 Yesterday, Crypto Twitter passed along a bizarre anti-bitcoin op-ed and US Senators took turns bashing crypto at a Congressional hearing.

A hit-piece on meme coins graced the front page of the Sunday Business section of a leading US newspaper, the New York Times. CNBC runs crypto segments all the time. Bankers rip the industry to shreds at seemingly every turn.

My old boss—a former lobbyist—sends me cautionary crypto articles on the regular because he thinks I’m a “speculator.”

Then there’s this one from @_checkmatey_.

It reminds me of something Dale Carnegie wrote:

“Nobody kicks a dead dog.”

Every bit of coverage, even negative, proves cryptocurrency is still alive and kicking. As the media people say, there’s “public interest” in covering it. It gets clicks. It sells.

And that is all it needs to do. When the media talks about crypto, that raises awareness. It makes people pay attention to it—even if they’re not sure why they need to do so.

For people who don’t like crypto, the FUD confirms what they already believe.

Will they do anything differently from hearing bad news than they would have if they’d never heard anything at all?

For people who might otherwise not even think about crypto, each mention makes it seem more legitimate, real, and worth thinking about.

Does that mean they’re going to open a Coinbase account today?

No. Some of them will still not care enough to make the effort. Many will shrug and ignore it. “Oh, there’s that bit-money thing again.”

But a few will look into it further. Perhaps just a Google search or a question to one of their crypto friends at a cocktail party. That’s ok. It’s enough to stoke their curiosity.

“I don’t know what it does, but I feel like I need to buy some”

Once prices go up long enough for people to think prices will keep going up, or high enough that somebody writes an article about how everybody’s getting rich, those people will start buying. They may even call or text you about it.

After they buy, the price will go up a little more, and the shruggers will follow.

“Sure, I’ll throw a few shekels in. You never know, right? Sarah made some money on it, maybe I can, too.”

Does that sound familiar?

It’s the way bitcoin had grown since its inception, with each parabolic boom bringing in a wider and more diverse group of curious shruggers.

Welcome it. Celebrate it. Without that attention, you probably would never have heard about bitcoin, either.

Neither would anybody else.