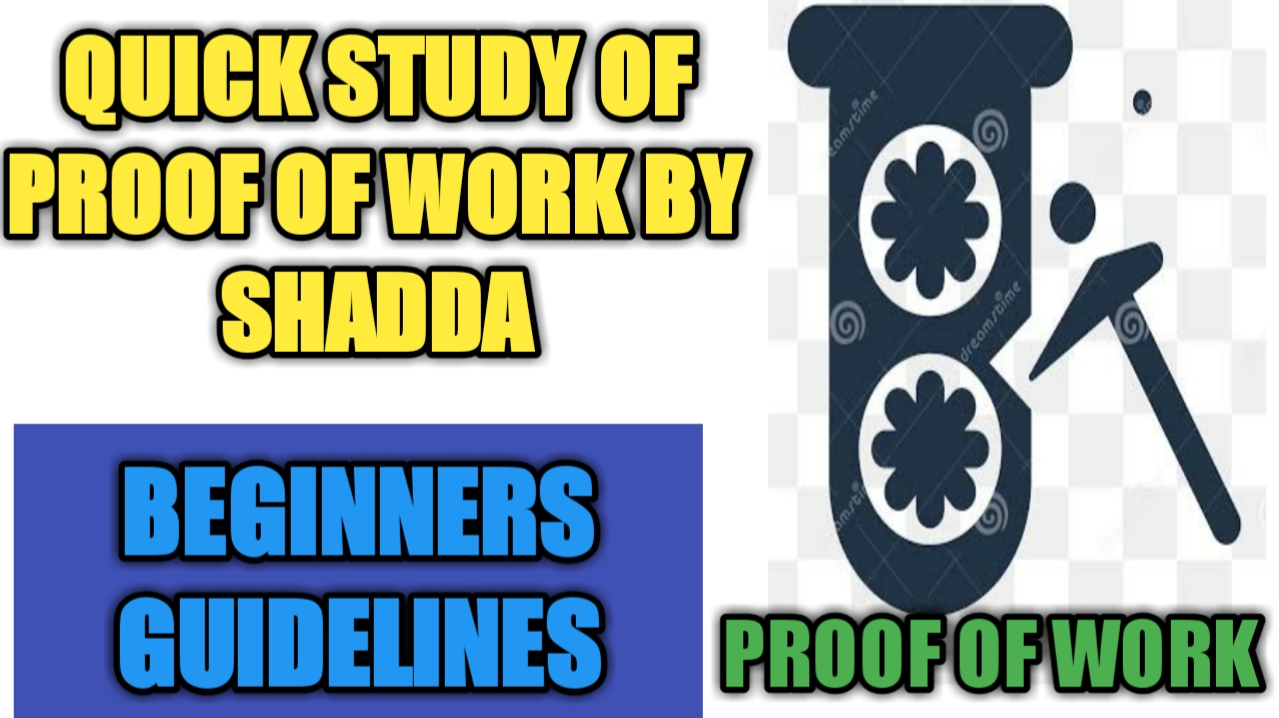 Quick Study Of Proof Of Work By Shadda

What is proof of work?.

Simply High-powered computer are used to solve Complex mathematical process which in return give award to the users.

This responsibility there on miners and this process is called mining.

Only the user who first solve the mathematical problems is rewarded and other miners are not rewarded so people uses high power processor and graphic cards for this purpose. Proof of work is implemented in many coins Bitcoin ethereum monero Zcash and many more.It was first started in Bitcoin.

Purposes of proof of work:

1). It is used to create a challenge for a user or a computer.

2). User or computer has to submit Answers  for this challenge.

3). These answers Show that a particular work has been done.

4).Eliminates the entities That are slow and not capable of doing work properly.

Proof of work is used  in various mail server and web server to prevent the fraudulent and messaging.

Ideology behind proof of work:

Idea behind the proof of work in Blockchain technology is to generate  A value which is difficult to generate but easily verifiable. This value is very difficult in term of CPU.

Most common example proof of work:

Block has should have n Leading zero.

let say n=3  then it means that has should have three zeros before its value for example.

The more the value of n the more the difficulty will be and vice versa.

Importance of proof of Work:

Computation required is exponential of number of Leading zeros required.

The power of CPU has been Expended for proof of work  then it cannot be changed.Until the redoing of proof of work.

so as block are  chained So redoing will require  entire block again.

Disadvantages of proof of work:

2).In future reward will become low and minus will only get transaction fees.

3). So in the future it is  predicted that there will be small number of Miner in between network and most of the miners will leave the Bitcoin.

Solution for the disadvantages of proof  of work:

Due to these advantages of proof of work blockchain developer started thinking and They started new coding so that they overcome these problems and they invented a new concept called proof of stake that I will be discussing in my next article so stay tuned to me….

Thanks a lot for reading!

I am one of the successfull enterpreneur