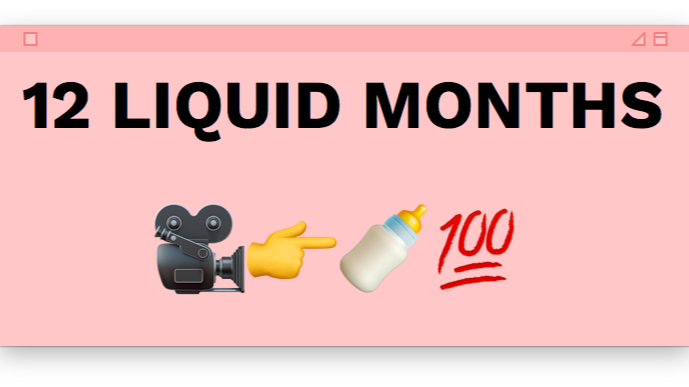 First off this is a repost from the original article on Steemit.
I want to test the waters a bit and I'm currently in between a couple of time consuming projects so I cant write new articles. Nonetheless this older post is a great introduction to my project and therefore still relevant.

I wanted to provide a little bit of backstory about this documentary project that I've been working on for the past two years.

Complete Food got on my path early 2016 via my work as a freelance director. It fascinated me to such an extent that I decided to live on it for a whole year and film what would happen to my life.

I could not have foreseen how it would propel me into a drastic new lifestyle and a total career switch. All this is documented and forms the pillars of my first feature-length documentary. It's a story about personal transformation through a drastic change in diet.

I'm currently doing a crowdfunding campaign to secure the budget for the post-production of this film. I want to explain why I'm doing it this way.

When I started this project, I had a strong intuitive feeling that I was about to dive into a fascinating story. When I approached producers and film production companies with my pitch;

I got a lot of confused reactions. They wanted to know what kind of narrative would unfold, where the emotional depth would occur and what type of social/ethical issues I tried to address with this film — legit questions, which I could not answer at that time. I just had a solid gut feeling that when I would dive into this new diet head first, the story would unfold upon me over time. And it did. 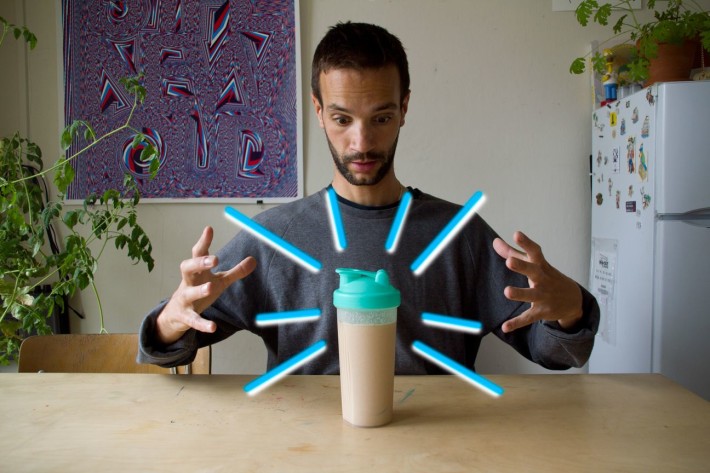 Without the help of a production company, I had to figure out how to get this ball rolling. I wasn't exactly swimming in money, and I always rented me camera gear. I contacted the CEO of Jimmy Joy and explained my idea and gut feeling with the request for him to set me up with some necessary equipment so I could shoot 4K footage and have crisp audio. Interestingly enough he agreed to this, and a week later I was ready to start shooting.

I want to point out that I told JJ's CEO that I was going to try as many complete food brands as possible. And still, he agreed to help me out. To me, this shows that he understood my mission and saw potential in my gut feeling as a filmmaker, opposed to the film production companies I talked with. 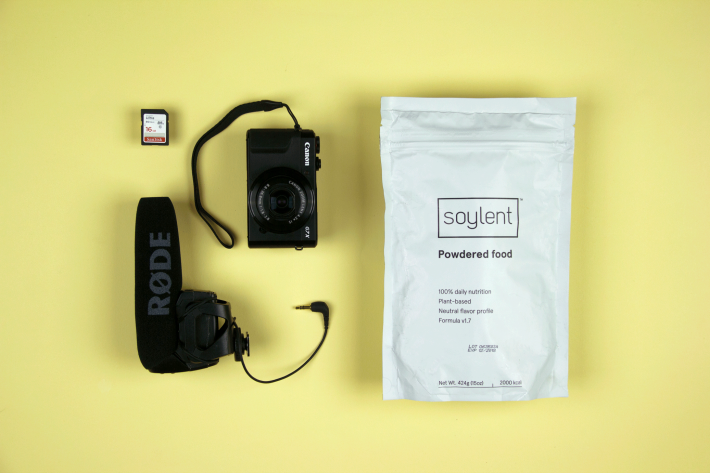 I also got help from a friend of mine, who at the time worked at a camera rental company. He arranged that whenever I needed more gear such as a second camera, led panels or tripods, I would get that for free. Now I was adequately set up and ready to shoot. Because I got most of the complete food for free, I saved a lot of money which I used for travel costs and external hard drives.

Once I finished the year (September 2017) I went back to the production companies with a couple of scenes that I edited. They liked it and pitched it to a couple of national TV channels. By the time we got everybody in the same room, it was January 2018. The TV channel people got excited as well which then led to the final step; the Board of the Dutch Broadcasting Association (NPO) They decide if and when a project is screened on TV. The TV channel now had to await the answer of the NPO. This was a test of patience cause it took the NPO until early June 2018 to get back with a no. All this time I could not pitch my project elsewhere, a request from the production company.

After this decline, I presented again to a Dutch TV channel. This time it would have been for their online channel which is a bit more experimental and loose. Better chances it would get accepted. After I pitched, it took another 2.5 months for them to get back with a no.

It's now almost September 2018, and I've been looking at my hard drive catching dust for practically a year. I started to calculate how long it would take me to bring back 7.5TB of footage to 60 min and concluded it would be around 2.5/3 months of fulltime work. I would edit the film myself with the help of two friends. One is a senior documentary editor the other a junior commercial film director. I've got a lot of support from other people in the film industry, so I did not need a ton of money.

This gave me the confidence to set up a crowdfunding campaign which successfully finished!

I've had a few screenings and currently I'm working on the subtitles and English version of the voice over.

📺 For more video have a look at my YouTube channel.
https://www.youtube.com/c/FutureFood_io

👽Steemit, a blockchain-based blogging platform where I earn crypto
https://steemit.com/@futurefood

🧙‍♂️Dtube is a decentralized YouTube where you can earn crypto as well!
https://d.tube/#!/c/futurefood

📁Are.na is a growing archive of everything I consume online.
https://www.are.na/futurefood-io

💶
As of yet this project has no sponsors and is running on my own money.
If you feel like making a donation please use the Bitcoin address below!

Or if you use Brave browser make a tip!
Use this link to get Brave Browser 👉 https://brave.com/fut133

Hello, my name is Matthijs. I’m an Amsterdam based documentary filmmaker. I got involved in crypto early 2016 due to a documentary I was making about the future food. futurefood.io 🤓✌️

a Brief Introduction of futurefood.io

Hello, my name is Matthijs I'm an Amsterdam based documentary filmmaker. futurefood.io is the follow-up project that arose out of the shooting of the documentary '12 Liquid Months'