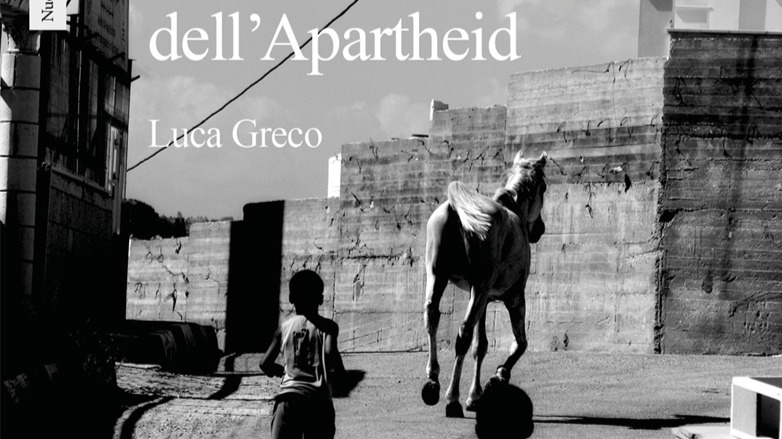 An apartheid state (of mind)

Walking the streets of apartheid Israel, also known as Palestine, is more than a mere walk through the rich history of that land including the recent wave of brutality and oppression. While walking the streets, one can absorb more than expressions of racism and ultra-nationalism. It is also a walk into another space — into another world with its very different mentality. 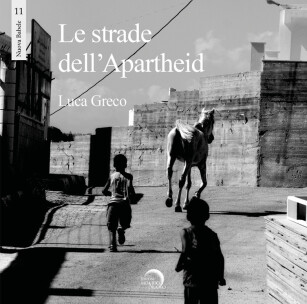 The privileged Israeli ethnic-Jews living in that state also live within a different mental state. They have managed to accept as normal what is clearly abnormal. In their alternate reality, they have distanced themselves from the notion that all humans are created equal and are content with a world where all humans are inherently and forever created unequal. In fact, there is nothing more sacred in their world than acknowledging it — that ‘we’, the privileged few, deserve rights precisely because ‘we’ are not ‘them’, and ‘they’ deserve nothing precisely because ‘they’ are not ‘us’.

This is not a simplistic view of the Zionist state in Palestine. This is the heart of the matter and the reason for everything that transpired ever since its foundation. The Zionist state, The State of Israel, was built on top of Palestine and at the expense of its indigenous population. Some have been expelled seven decades ago and are denied, to this day, the return to their own land; others are controlled day and night by a military which denies their most basic rights, including the right to life; and a third group lives as subjugated second-class citizens or residents, in a state whose underlying principle is denying them the exclusive rights which are reserved for the masters of the land.

In total, there are almost 20 million people who are directly affected by this system of oppression. First, there are those who benefit from the system which is built exclusively for their sake. They constitute about one-third of the population; another third is either subjugated or kept under a brutal military occupation; and a last third is altogether absent from the land. They are denied their right to return home for the past seven decades for one and only one reason — because ‘they’ are not ‘us’.

And yet, those people who accept all of this as being normal are not monsters, far from it. They are the friends that I grew up with, they are the smiling folks who are sitting by the other table at the coffee shop. In a state where differentiating between people based on their ethnicity is the sole reasoning for its existence, it seems perfectly normal to be perfectly racist. It so happens that being racist in Israel is not reserved for the far-right alone, it is the nice and friendly ‘liberals’, who may identify as peace-loving and vegan and even “against the occupation”, who are just as racist as the very-far-right.

These peaceniks refer to the Palestinian neighborhoods in occupied Jerusalem as a “cancerous tumor in the city” which must be removed (Haim Ramon, former Deputy Prime Minister, leftist); they regard the possibility of Palestinian residents of Jerusalem to elect a mayor who is not of the correct ethnicity as an existential threat (H. R.); they regard the demographic issue — counting how many of ‘us’ vs. how many of ‘them’ — as the single most important issue: “If we are not a majority in our country we do not have the right to dictate anything.” (Ami Ayalon, Nuseiba-Ayalon Peace Initiative, former Head of ShinBet, leftist) and for that very reason they advocate the separation of Palestine into two entities — in order to create an ethnically-pure apartheid state in the smaller territory which they refer to as Israel: “For us it is a condition to see a Palestinian state on the other side of the border. Not because they deserve it. Not because we love them. Because this is existential for us. … Yes, we have our red lines. No Palestinian shall return into the state of Israel.” (A. A.)

But what about those Zionists which are among the so-called radical left, those who want peace and demand the end of the occupation day in and day out? A representative voice from that milieu is academic Zeev Sternhell, someone who is regarded as a raving leftist within the Israeli discourse. Sternhell unequivocally states that: “The [Palestinian] rights cannot be the right to return to within the borders of the State of Israel. I do not accept that.”

When challenged about his view, he is asked about the fate of those who are internal refugees, Palestinians who are citizens of Israel and are denied the right to go back to their lands. “To the 400 destroyed villages, or whatever the number is, they cannot return” he responds, since according to him their return to their lands would be “putting an end to the existence of the State of Israel.”

With such a deep rejection for the notion of equality and the rights of the land’s indigenous population, there must be other ways to bring about real awareness to the situation. This book is exactly about that other way.

When all the facts have been documented, when all attempts to justify this unjustifiable situation have been expressed, the clear and visual reality that leaps off these pages cannot be avoided.

As I take the journey, flipping through page after page and seeing expressions of this mentality in different places across the world, the lesson that I take from it is also universal. Palestinians are not alone in this struggle — it is the struggle for dignity and equality between all of us and by all of us. We need to reject any and all ideology that demands the separation between ‘us’ and ‘them’.

Us is humanity. Indivisible, unapologetic and ready to expose those who seek to destroy the humanity that’s within our hearts. 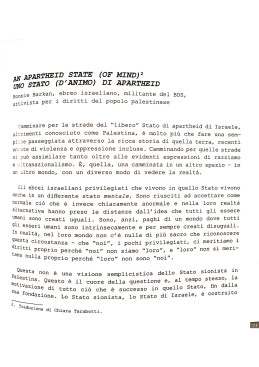 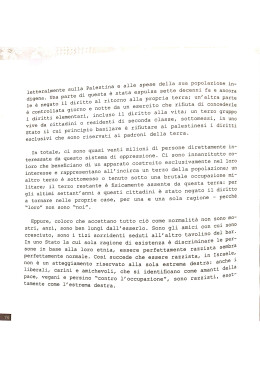 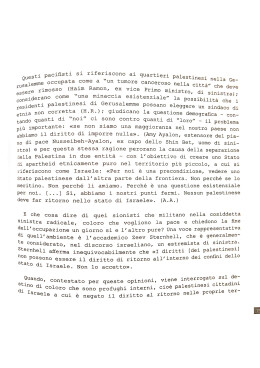 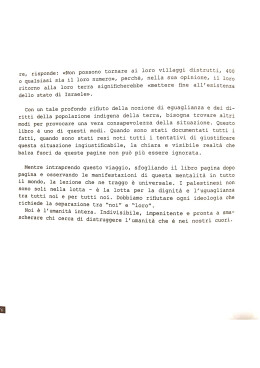 Everything you (n)ever wanted to know about criminal supremacist Zionism, from ideology to practice