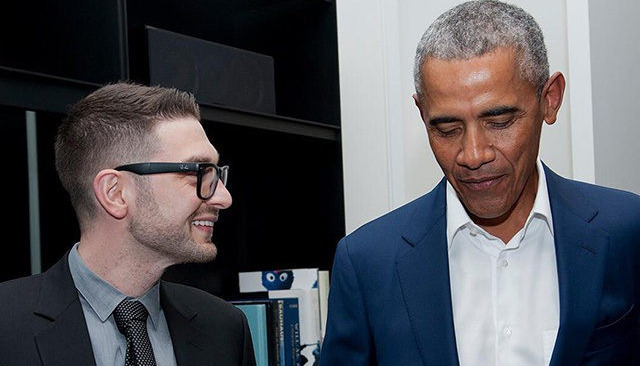 I would like to take this time first, to thank all of you who contribute by tipping. It means so much to me from the bottom of my heart that My information helps you get to the truth in this day and age where lying to the American People and, yet the world seems to be the norm.

Now let us get into this. As the title states Define Irony. The Obama administration actually set up a National Anti-Corruption Bureau (NABU) in order to cover up laundering and criminal activities under the umbrella of law. What is now probably one of the most hilariously constructed irony jokes, That same agency, which is now cleaned out, will be the exact same agency that brings down the criminal creator of it, Former President Obama.

We all know his Birth Certificate was a fraud, By the way for all of those still living in the land of rainbows and unicorns that think he is an American citizen, think again we had forensics look into it and they concluded it was a fake forgery. We all heard the story that this conceited, arrogant, and poor excuse for a human being Obama had put an image of his so-called birth certificate on the Whitehouse.gov site. Immediately it was picked apart by actual experts, and yet the sheep still actually believed it was real. But at least forensics got a hold of it and proved we were all right, Obama's birth certificate is a fake, WOW...what a surprise. We were right, the majority at the time was wrong. Could it be the fact that he is a criminal is a surprise?

This is no surprise since recent actions has this piece of garbage, er former president Obama attending a fundraiser at the notorious house of George Soros. For those of you who do not know by now, George Soros hates America, he hates that we are free, and has vowed to destroy it because he feels the population are all stupid. I think by now we are proving him wrong.

Remember the golden rule, "Birds of a feather, flock together." George Soros and this fake Obama are clearly from the same criminal mold and need to be severely punished. His time is growing closer. Trust me nothing he does will get him out of seeing the inside of a cell. He and all the others are on borrowed time.