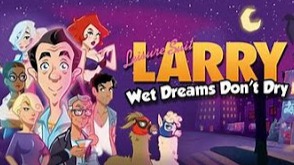 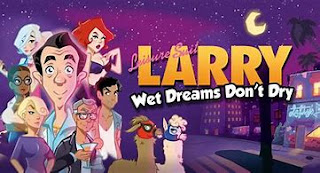 This is a game review i wrote for my own blog a few years ago when it was first released, over time i am converting all my reviews here as my original blog site is closing.


OK, bear with me while I sent the scene here. The early 90’s, I was pre-teen boy deeply engrossed in my NES console games. I had all the classics, Mario Bros, Gradius, Wizards & Warriors and Castlevania. I had my subscription to Nintendo Magazine System and watched Captain N: The Game Master religiously. I considered myself a gamer, already at such a young age I knew this medium had a hold on me, and I loved and embraced it. I remember the Saturday that changed gaming for me very well. I went to a friend’s house, not a close friend, but what I would call a fringe friend. All my inner circle friends played Nintendo, we swapped games and shared stories, if I was at one of one these friends house’s, what was about to happened would never had happened. You see, this friend did not play Nintendo. He was, what is called these days, a PC gamer. Back then we just called it “Playing games on the computer”, but he and what he was about to show me changed my life. He fired up his 386 computer (could have even been a 286) and started playing Leisure Suit Larry in The Land of The Lounge Lizards. “What was this” I remember thinking. Nonlinear gameplay, you can type anything, look and interact with everything (so it seemed anyway) and the feeling of complete freedom. I was captivated by the feeling of pure adventure and mystery, it had me. So, began what I refer to as my PC era where I almost exclusively played PC adventure games, Leisure Suit Larry games were a big part of that.


So, scene set, thanks for hanging in there but I wanted to go part of the way in expressing how big a deal this series is to me. The sheer fact that it keeps rolling out new editions is testament to the longevity, amazing in this day and age really considering the content. Leisure Suit Larry is one, in a collection of games, from Sierra that epitomises PC adventure gaming during the 80’s and 90’s. Other titles such as Police Quest, Space Quest, Quest for Glory and the grand-daddy of them all King’s Quest are front of mind, each with similar gameplay mechanics but completely different stories and atmosphere. In Larry you played a sleazy man named Larry Laffer, your main goal was to help worm his way into the affections of women so they would have sex with him. Along the way solving puzzles, mysteries and generally getting into and out of strange and awkward situations. It sounds like a bizarre and not-so-great story premise, but the humour written into the game makes it great fun, it just works. My greatest memory of the first Larry game was, after having unprotected sex with a prostitute in game, Larry up and unexpectedly, without warning just died later in the game. A pop-up text box informs the player that Larry died as a result of his choice to not use protection, he died of a disease.  The Larry games went on to produced 6 PC games between 1987 and 1996, a brief hiatus before an appearance during the PS3/XBOX era (also on PC), then again in 2009 on PC/PS3/360. Wet Dreams Don’t Dry is the first Larry game in 10 years, and after the last 2 attempts have had less than warm receptions due to what could be called a deviation from the winning formula, this latest rendition get’s back to what Larry does best. Adventure gaming with crude humour and shocking over the top vulgarity.


The story of this game sees Larry Laffer waking up after a long hibernation, as the protagonist in the last 2 games in the series was actually Larry Lovage (Laffer’s Nephew), the narrative of the game is written as this being the first time Larry Laffer has been loose in the public since 80’s (even though the last game to actually feature Laffer was 1996). Needless to say, the world has changed a lot in this time and Larry has a bit of catching up to do, especially in the areas of sex and dating culture. The first, of many, learning curves for Larry comes as he is introduced to the digital age of mobile phones and the internet and, as the player, this is also where we start to notice the blatant parody of well know brands. Piphone (iPhone), Timber (Tinder) and Prune (apple) to name just a few of the most obvious, but the game is loaded with clever play-on-words such as these. To add to this, scattered throughout the landscape of New Lost Wages (the city the story is set in and another example of witty wording) we will find an incredible amount of hidden surprises and easter eggs, some of which you can interact with, some you cannot and some you can actually play. This is a nice touch, it possible that a lot of them will be missed or not noticed by a lot of people, but when you see something you know is planted there for you to see or find, it makes you feel valued as a viewer. As the story unfolds we watch as Larry struggles to come to terms with the 21st century, raising questions and pointing out the flaws with what we take as everyday life This is a big part of the charm early on in the game and it works in pulling you in and getting invested in Larry and the story early on. As Larry finds his feet and comes to terms with the new world around him the basic shell of the story, the purpose, forms around you. Larry has his eye on a woman and is given a, although we don’t know it yet, near impossible set of tasks before she will even consider interest in him. And so, we are off, unleashing Larry armed with his Timber app on the unsuspecting ladies of New Lost Wages.


Although the overall story isn’t exactly a deep one, it isn’t going to be talked about throughout the ages, the nostalgia value for veterans of the series throughout the journey more than makes up for this. On the flip side, if you are new to the series, if this is the first time you encounter a Larry story, the same values that make it such a nostalgic for experienced Larry fans will come as a fresh change; making the game stand out as a unique one-of-a-kind. The crude humour, the subject matter, the images, the situations; you’re not going to find this anywhere else but a Larry game. The interaction between your in game mobile phone, your apps and game map are seamless and add almost a sense of immersion, that “oh wow, that’s cool” feeling. One thing I would have to say however, once the initial honeymoon period is over and the humour style and story have sunk in, somewhere in the middle of the story I did start to get a little bored, only a little though. The nature of the game style, a point and click adventure, has you revisiting the same locations to use or pick up something that wasn’t there or wasn’t available earlier on in the story. It is this repeated revisiting that can get a bit tedious, but in its defence, this story managed to pace itself quite well, so the monotony was kept to a minimum. As far as the climax to the story, I found it a little flat, in fact the last few sequences to the story were a bit disappointing to be honest. Late in the game the setting shifts, and from then on, it’s almost feels like it’s a different story, something changes, it loses a bit of the magic that kept me ploughing through in one sitting up to that point. There was a twist and an opening ending, leaving us with the possibility of another Larry game in the future.


Overall, I am happy with this installment, actually, I am very happy. It’s always a worry, a cause for anxiety, when a favorite franchise (especially a childhood one) is given a new coat of paint, a “modernization”. But I think it is safe to say that this, for new and old players alike, is a joy to experience. Whether it be a trip down memory lane or a new experience it will be an eye opener. While the story alone might not shake the foundations, it is enough to keep you ticking over until Larry shocks you with his next one liner, or you come across that dildo or condom you needed to solve the next puzzle.

Reviews, opinions and my point of view. Mostly gaming, some crypto, and that area where the two collide.......block chain gaming! Doing reviews, guides, opinion pieces and posting opportunities to pick up some free coins!