There were some major issues towards the beginning of the launch, but they seem to have settled down. To be honest, it wasn't the team's best showing. Initially the price of the booster pass was set to 0.5 ETH rather than the advertised 0.25 ETH, a mistake that angered a lot of people. The price was quickly adjusted, but some other issues did persist for the first few hours, including some further down time as patches were made. Refunds were given for those who purchased the pass at the inflated price, and it's now possible to buy points to catch up if you had initially purchased the base pass.

The event is now live and functioning better. A few clarifications had to be made. The base pass does not get you anything except the ability to gather points to claim items. The 0.25 ETH pass doesn't get you anything except the points to clear the first 25 levels and thus claim those items. Cuties can go to the event adventure at most once every 24 hours (subject to change). But the drop rate for the adventure is pretty high, so that's not bad.

Many people are already hard at work getting new items. Some people are taking it nice and slow, buying just the base pass. One are purchasing the booster pass which gives a 25 level head start. And some people are buying extra loot boxes and cracking them open to see what they can find. For instance, King Nerd crafted the first Tron Spider Ginger, and threw it on the market right away. Current price is 35,000 TRX. He's been fairly lucky with cracking open loot boxes it seems. 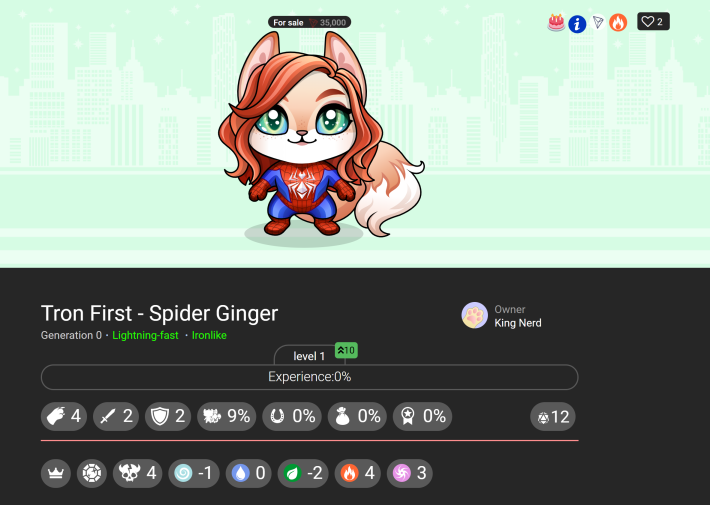 The event itself has a lot of content, there are caps to limit people getting too far ahead. There are numerous ways to get the points needed for crating, so that people can play their own way and still take advantage of it. The items themselves are solid, without being over-powered. The real issue comes from the lack of organization from the team itself. And I say this recognizing that Blockchain Cuties is one of the better options for blockchain based games. But better isn't necessarily good enough if we want these kinds of games to go mainstream.

A project like this one is going to have some head aches along the way, but it might be worth taking some tips from project management theory and other good business practices. Keep deadlines vague, if you don't expect to be able to meet them, and keep a solid stream of communication going. Do a lot of testing before you even announce a more specific release date. The one good thing from the team was that Tehn spent a lot of time trying to communicate between users and the dev team, helping them get everything in order. A final tip, as a few people mentioned in the chat, would be a more detailed, almost white paper style press release of the specifics of the event, so people aren't confused about pricing, what's included for the price, and so on.