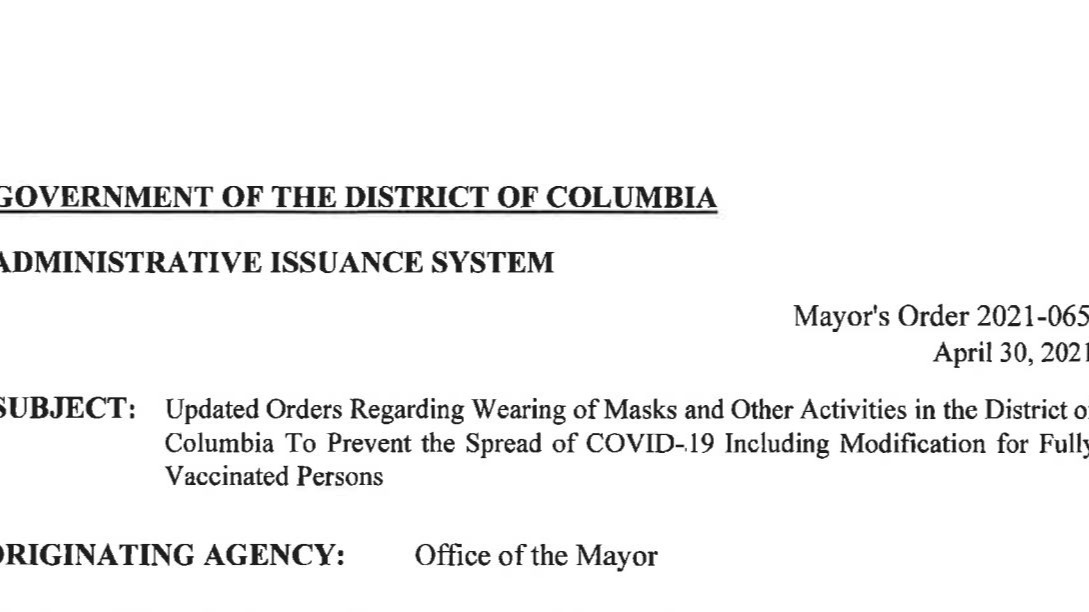 Okay D.C. You Need to Figure Yourself Out

When I moved from Texas to Washington, D.C. I knew I was in for a culture shock however I did not anticipate it being as big and bad as it has been. I knew that moving really anywhere from Texas would require me to get used to a more hands-on government approach to things and while I do not love it I understood and could deal with it. To me, the biggest thing is that elected officials not only follow what their residents or citizens want but also follow logic and reasoning ie science.

With COVID-19 I understood the need for them while the science and research backed them. However, this has all been changing recently as the number of people getting vaccinated has increased. Texas has shown that the government could stop requiring enforcement of the restriction and that people would be able to handle the issue themselves. I think this is why I struggle to understand what the D.C. Mayor is trying to do right now.

Last week the CDC issued new guidance for those who were fully vaccinated and mask-wearing. Well, April 30th the Mayor issued new mask orders in line with these new guidelines. However, in less than 24 hours they not only removed the order from the government website but issued another set of orders on May 1st that do not necessarily follow the science. If it wasn't already embarrassing enough the Mayor decided to take it a step farther leading to the classic movie Footloose is now a non-fiction movie.

Why do I say Footloose is a non-fiction movie? Well, the Mayor in all her glory BANNED DANCING at certain events like weddings. If that was not bad enough they also banned STANDING AT WEDDINGS! I truly want to see the science that goes COVID is spread by STANDING. New York State is now fully opened and yet the DC Mayor seems all over the place with her orders. Naturally of course this has been lambasted by both sides of the aisle and I wonder how long they will stand. States like Texas and now New York are showing you can open and lift restrictions but do we do that in the Nations Capital? No, somehow we have decided to ignore science when it comes to this and I cannot help but wonder who even came up with the dancing and standing ban at weddings and other environments.

Honestly, what are the odds of dancing at a wedding causing a spreading event? Couples can now just go to Virginia or Maryland and get married instead and be able to at least stand. This is the government just doing way to much and needing to take a step back now that it has the situation under control.