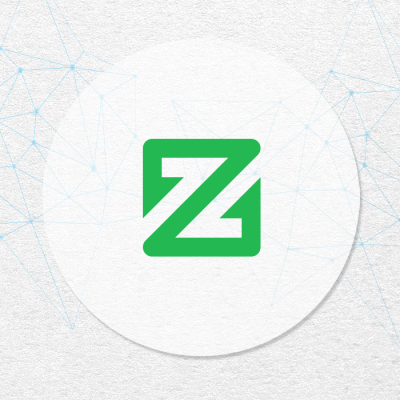 Firo (previously Zcoin XCZ) is a privacy token founded in 2016 by Poramin Insom. The network uses the Zerocoin protocol, one of the earliest protocols attempting to offer full privacy, to shield transaction data. It was the first cryptocurrency project to implement the Zerocoin protocol. Early investors include Roger Ver.

The Zerocoin protocol uses zero-knowledge proofs to hide transaction data. Tokens undergo a process of minting burning. The XZC tokens that users have is spent and converted into Zerocoins and because the past history is erased, there is no link to the original sender.

Zcoin does not integrate Tor or a VPN, instead using the Dandelion protocol to mask the IP address of the sender. While Zcoin does use the Proof-of-Work consensus mechanism,  the development team has implemented Merkle Tree Proofs to allow more individuals a better chance at mining, by making the mining process more memory intensive and deterring the use of ASICs.

2019 is an important year for Zcoin, largely because of one reason: the project is implementing a new type of zero-knowledge proof that “does not require a trusted setup and offer improved performance and privacy.” Called the Sigma protocol, this is a monumental shift for the project, and according to the team makes the network much more scalable and private. The new protocol is expected to be released in 2019. Moving into 2020, the team will focus on, among other things, smart contracts, scaling solutions and quantum resistance research.

FIRO Coin & StealthEX AMA Recap – All You Need To Know

On October 29, 2021 we had StealthEX & Firo coin AMA Session in our Telegram Community Chat and here is a recap. Just take a little time to read through and learn everything you need about FIRO coin. Let’s start! Today, we are going to have an AMA wi...

Firo (FIRO) is a cryptocurrency that ensures high privacy standards. Its infrastructure provides this coin full anonymity. Firo is the project that contributes to independent research and the development of privacy and blockchain decentralization tec...

Evolution of Firo: from Zcoin to Firo, from Zerocoin to Lelantus

Firo, originally named Zcoin, was rebranded into Firo on October 27, 2020. Firo has come a long road of gradual technological evolution since the launch of Zcoin in 2016. It started on the Zerocoin protocol, which was substituted with the Sigma pro...

Zcoin has rebranded to the name Firo (XZC) This is a forgotten privacy coin!

Firo was ones called Zcoin and then on 30 november 2020 it rebranded to Firo. But the tech is still the same and a very good way to protect your privacy. Do you want to know more about the rebrand of Zcoin read here: https://firo.org/2020/11/30/rebra...

Project steward of Firo, formerly Zcoin, Reuben Yap comes back on the podcast to talk about Zcoin's recent rebranding to Firo and what that means for the future of the project. We talk about the role of branding and marketing in cryptocurrency, and...

Zcoin is rebranding to Firo. The new identity will set this project apart from other cryptocurrencies. Like a phoenix rising from the ashes, Firo will emerge from rebrand stronger than Zcoin was before! Why this rebrand was needed There are many reas...

About the Zcoin Project

Zcoin crypto project implements a zero-knowledge proof technology to maintain anonymity when conducting exchange transactions with cryptocurrencies. Zcoin concept is that there is no direct crypto coins transfer. The anonymity preservation algorithm...

Hey there, cryptocurrency fam!Our interview series is going to Publish0x, and today we are staring with our chat with Reuben Yap - the Project Steward at Zcoin.  Briefly – what is Zcoin? Zcoin is a project focusing on bringing individual liberty to...

Zcoin's project steward Reuben Yap comes on the podcast to talk privacy in cryptocurrency. He explains the main approaches to obfuscating transactions, from the decoy approach to the encryption approach (and hybrid models), and the different strengt...

GetBlock is a service that provides connection to blockchain nodes of the most popular cryptocurrencies with JSON-RPC, REST, and WebSockets. Now you can immediately connect your app to a blockchain, as GetBlock relieves you from running a node yourse...