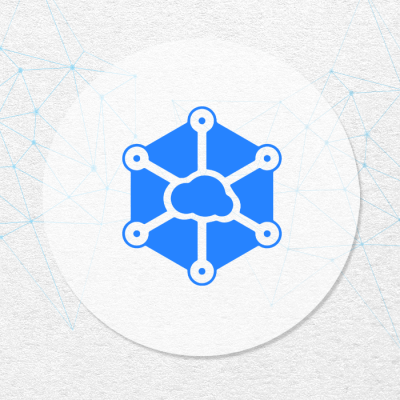 Storj is a blockchain-based cloud storage platform that was originally launched in 2014 on Counterparty, before migrating to Ethereum in 2017. Founded by Shawn Wilkinson and John Quinn, Storj is focusing on one of blockchain technology’s most discussed applications: cloud computing. Specifically, cloud storage.

Encryption, availability and file safety are among the highest priorities for a cloud storage platform, and Storj’s Tardigrade, which is currently in beta, addresses these concerns. Files on the Tardigrade system are first encrypted, before being split up and distributed among many nodes.

STORJ also runs an open source partner program that was designed to help expand the ecosystem by attracting more storage partners into it. Furthermore, the team has made developer accessibility an important priority, and has created a library that makes integrating Storj’s services into applications simple.

Tardigrade is currently in development, but 2019 and 2020 has several more important features being developed: Vanguard, Pioneer and Voyager. Vanguard, the alpha version of which has been released, lets users store data on the V3 network, and the whole phase lets the team test the performance and stability of the network. Pioneer Beta, which was released very recently, tests billing and payments and is the last step before a full production launch of the V3 network. Voyager brings the production release of the V3 network and is expected in Q3 2019.

27/09/22 Update - Added stats and balance information. I had a lot of downtime this month because of computer problems Storj is a platform that provides fast and reliable cloud storage in a decentralized way. Uploaded files are split into multiple pi...

Partly Cloudy: What is Expected For Storj?

STORJ is a growing token that has seen a lot of growth recently. The STORJ blockchain provides a decentralized cloud storage platform for users to store their data safely. STORJ’s reserving technique is simple. They keep their client’s data on the us...

Storj Token Is Gearing Up After Breaking Out Huge Wedge

What is Filecoin? How is it Different From Storj or Siacoin?

We’re living in an exciting transitional time wherein the Internet is slowly shifting to its next evolution, primarily geared towards a more decentralized user experience. Cryptocurrencies, NFTs, and other blockchain technologies are just the beginni...

We will be looking at the best Crypto not just moving today but that alot of people are looking into to see if it's a good crypto or not and what prices they could go to. We will be doing Gitcoin(GTC), ANKR, STORJ, MASK, KNC, and CVC Price...

Storj Price Prediction | Introduction An in-depth analysis of technical and fundamentals factors will help us to discern accurate Storj price prediction for 2021 to 2022. Customers are becoming increasingly wary of having all their eggs in one basket...

Earn money with your unsued HDD: Is Storj worth it? (STORJ token)

Disclaimer: This reflects my own point of view. This is not an investment advice. Do your own research. You are free and encouraged to share your (opposite) opinion with me in comments section if you are able to discuss in a peaceful and respective m...

Just a word I've been using Storj as a Storage Node Operator since about 2 years now. Few months ago, I had this project of moving to another country. Because of a lot of constraints (including Covid-19 restrictions), this move would have impact the...

Taking storage out of the hands of centralized entities provides a safer and more stable network while rewarding users for participating. Centralized storage platforms, such as Google Drive and Dropbox, offer quick and easy storage solutions. So why...

What Is Storj, The Decentralized Cloud Storage?

In our age, trust in centralized cloud storage decreases. We are afraid that our data may leak or the servers may go down. Moreover, millions of people need access to the cloud, which requires high bandwidth that storage can’t always ensure. Storj so...