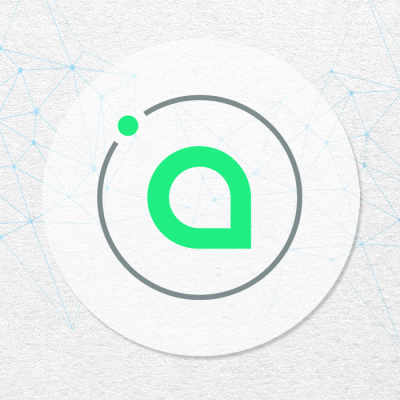 Siacoin (SC) is a decentralized cloud storage platform that was originally conceived of in 2013, before launching a public beta in 2015.

Decentralized cloud storage systems have several advantages over centralized cloud systems including being more secure and less expensive. The Sia team, like other cloud computing-focused projects, have made it clear that the technology now exists where individuals can form communities that rent out computing resources, as opposed to the current system where these services are handled by a select few companies.

Written in GO, through smart contracts and the blockchain, Siacoin lets users rent out free space on their computer to other users on the network and are rewarded for doing so with Siacoin tokens. The network utilizes a Proof-of-Work (PoW) consensus mechanism.

Achievements in the past year include releasing a metadata backup solution, which ensures a reliable backup solution. This was later improved with seed-based file recovery. Sia’s current development objectives, in the short term, are to release more developer features, improve the user experience and improve network infrastructure.

In order to attract and retain more users on the network, the Sia team is improving the user experience to make it more intuitive. While a GUI already exists, the team plans to introduce an alert system and a partial chunk upload system, letting them pay for smaller quantities of data. Developer goals include creating an SDK library and preparing documentation to help developers build applications on the platform.

Long term goals include file sharing and multi-device file systems i.e. being able to use Sia on different devices.

Should You Invest In Storage Tokens?

How to Trade Sia?

With the launch of its native utility token SC, Siacoin is a significant contributor to the DeFi space. If you are considering investing in the Sia cryptocurrency, here are a few essential facts you should know before you decide to trade. What Is S...

Unaware to most, the term cryptocurrency is a blanket word used to describe all types of digital assets. In reality, there are actually several types of cryptocurrencies. The majority of them fall into two distinct categories; coins or tokens. Tokens...

Almost every site or application you use wants your information. Your data helps them to perform better by identifying your needs as a user. Plus, it can usually be sold for a pretty penny. Decentralized applications and platforms are changing this n...

What is Filecoin? How is it Different From Storj or Siacoin?

We’re living in an exciting transitional time wherein the Internet is slowly shifting to its next evolution, primarily geared towards a more decentralized user experience. Cryptocurrencies, NFTs, and other blockchain technologies are just the beginni...

Hi dear friends, hope you are well and welcome to the new trade setup of Siacoin ( SC )Bearish Pennant:On a daily time frame, Sia has reached at the end of a bearish pennant and the movement is squeezed. Therefore, at any time it can breakout or b...

Siacoin (SC) Is Getting Extremely Oversold

Hi friends, hope you are well, and welcome to the new update on Siacoin ( SC ).Brokedown a channel:On a weekly time frame, priceline of Sia was moving in a down channel but now it has left the channel and now moving below the support. But the Stochas...

Cryptocurrency, or what I like to call Crypto-assets, had the 8th largest economy in 2021. The boom of centralized exchanges made it easier to be a part of the future. As a result, stores of value are slowly becoming what people think especially con...