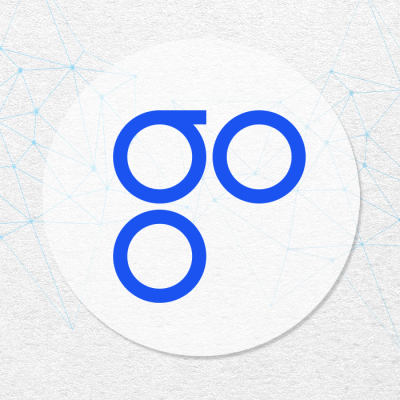 OmiseGo (OMG) is a cryptocurrency made by the parent company Omise and co-founded by Jin Hasegawa and Donnie Harinsut in 2017. It is a decentralized blockchain project that is a next-generation financial network, open payment platform and decentralized economy.

OmiseGo is aiming for financial inclusion for everybody as well as interoperability. Created by Omise, a South-East Asian venture-backed payments company, the team over at OMG have managed to create a decentralized bank, exchange and asset-blockchain gateway. The cryptocurrency project launched with a successful Initial Coin Offering (ICO) which had raised around $25 million in 2017.

OMG uses a Proof-of-Stake consensus mechanism that rewards stakers that hold OMG in their wallets to secure the network. OMG is said to be the first cryptocurrency that will implement the Plasma technology created by Joseph Poon. Plasma is an Ethereum-based scaling solution that will aid in the Ethereum network being able to process thousands of transactions per second (TPS). Currently, Ethereum can produce around 25 TPS, therefore the research conducted by OMG in implementing Plasma into their blockchain will be paramount for Ethereum moving forward.

Although the core team of OMG is very strong, their advisory board includes cryptocurrency titans such as Joseph Poon, Vitalik Buterin and Gavin Wood - very well known cryptocurrency figures. Furthermore, the Omise and OmiseGo team have managed to secure some high profile partnerships over the course of their time. One of their most compelling partnerships was with McDonalds back in September 2017, who partnered with Omise to be its exclusive payment gateway for their Thailand McDonalds website. OmiseGo has also been involved in discussions with the Thailand Finance Ministry and The Central Bank of Thailand with regard to digital currency and cashless societies.

OmiseGo is a venture-backed payments company operating in Thailand, with rapid expansion plans to neighbouring countries across Asia-Pacific. In November 2016, Omise was featured on "Forbes as Fintech Rockstar". The system is designed to provide dece...

What is OmiseGo (OMG)? | An open financial infrastructure for all | Pay for BTC with ETH

Image Source The OmiseGo protocol OmiseGo is a decentralized open source protocol that allows cryptocurrency transactions through a digital wallet. The objective of the project is to create a huge peer-to-peer network to cross all blockchains and al...

The cryptocurrency markets saw a large capitulation as the entire market cap for the industry fell from above $253 billion to as low as $180 billion. This was largely a result of Bitcoin tumbling back beneath the support at $9,000 and dropping as low...

Is OmiseGo (OMG) A Good Investment? In-depth Analysis and Near to Longer-Term Expectations.

OmiseGo is a payment network ecosystem that tries to make a “free and open” financial system and combine it with the decentralization concept of the blockchain. OmiseGo is building its network on top of its own Plasma implementation of the Ethereum...

Top Three cryptocurrencies You Should Invest in 2020

The great increase in the number of cryptocurrency users across all cryptocurrencies is highly demanding. The blockchain transfer and banking increase it’s target to around 2 billion users by the year 2020. However, it’s advisable not to just invent...

Background Ethereum has proven itself a robust platform for building decentralized financial (DeFi) apps and decentralized applications (dApps). With thousands of developers worldwide, these applications can interlink with one another through interop...

OMG saw from the temporality of 1W we can see how the price has fallen more than 400% since April this year, now the RSI indicator has formed a double floor within the descending wedge and with a view to increasing, this is a sign of a close change...

OmiseGo and its wallets.

OmiseGo ( OMG ) is one the most successful and working project. Their Plasma offers very high transaction per second (TPS). Recently OmiseGo and Hydro have partnership for use in HydroPay with fast speed transactions. They are creating an interopera...

Hydro Labs is proud to announce a new partnership with plasma infrastructure provider OmiseGO. This partnership will ensure that Hydro Pay transactions are no longer bottlenecked by Ethereum scalability issues. Users of the peer-to-peer (P2P) payment...

Crypto Protocols Aren't Sexy Yet, But Will Cause The Next Crypto Boom

In the Fat Protocols thesis written by Joel Monegro in 2016, he predicted that where value is captured with blockchain, it will be the opposite to that of the internet. Explaining, he said the foundation of the internet – the shared protocols in whic...