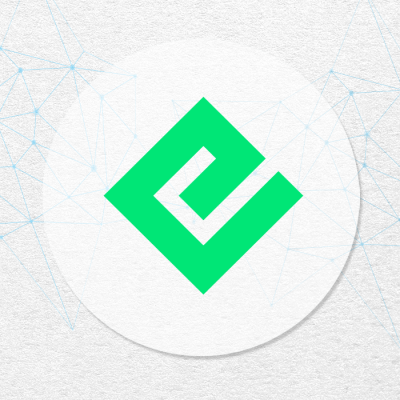 Energi (NRG) is a digital currency that is attempting to become the “world’s leading cryptocurrency” through the “unification of smart contracts, governance and a self-funding treasury to ensure longevity and enable rapid growth.” Launched in 2017 by Tommy World Power, a cryptocurrency and blockchain personality, the project is trying to create a next generation cryptocurrency that can survive well into the future.

Energi is soon to release version 3.0 of its platform, and is also in the process of moving into an Ethereum-based code base. However, the team plans to incorporate multiple enhancements to the code, including the aforementioned treasury and governance models. The treasury model is spoken of a lot by the team because they believe that it will sustain development long into the future,

The roadmap details how the team plans to implement their vision. 2019 has already seen the release of Energi 2.0, which brought with it an upgrade to a Proof-of-Stake (PoS) consensus algorithm. Other development milestones include completing over half of the work required for Energi 3.0 and EnergiX, a zero fee futures exchange. The team believes that the latter will boost the adoption of the NRG token, and the EnergiX launch has tentatively scheduled for Q3 2020.

The rest of 2019 will see the full completion of Energi 3.0, public testing for it, increased marketing efforts and DApp progress through its incubator program. Energi 3.0 is slated for release in Q4 2019. 2020 will also see the launch of multiple campaigns, including an adoption campaign in Venezuela.

Energi is excited to announce that our new referral program is now LIVE!!! This affiliate reward program is intended to bring new users, and the current users who invite them, to Energiswap — Energi’s fully decentralized exchange (DEX) platform. This...

For every initial pool/swap transaction You will need to give permission for the token use Energiswap (with referral to save 10% on fees) Energi cryptocurrency has created their own DEX with over 190 tokens already added to it. It has super low fees...

The DeFi solution from Energi Crypto keeps on getting better, quicker, and extremely stable. De Fi has high rewards, but accompanying this, significant RISK is involved in any innovation in cryptocurrency. One aspect of DeFi I had not really consider...

Energiswap continues to expand. Recently added 52 New assets on the platform. Now you can trade more than 180 assets on EnergiSwap with low fees and the best security in the space. Here are all the new assets that were recently added. $CVC $SRM $ANKR...

Top 5 cryptocurrencies I will keep when the Bull market ends.

Later this year is very possible that the current Bull Market will end and the Bear will come. This literally means that a big part of the coins we see today going up in value might lose 80-90% or more of their price. Many will vanish leaving their h...

EnergiSwap is here and on the MainNet

Yes, friends. After a long wait and a short trial period on the TestNet, EnergiSwap launched this week (first week of March 2021) to a large fanfare on Discord and many of us jumped in to compare the gas fees we would experien...

Energiswap Is Live on Energi Mainnet

After launching on the Energi Testnet just over a week ago to great success, we are very happy to announce that Energiswap is live on the Energi Mainnet! Users can now trade crypto and synthetic assets with the lowest gas fees in the space, backed by...

A Year of Major Milestones and Growth — Energi 2020 Recap

2020 has come and gone, and what a year it’s been. Filled with challenges for the whole world, as well as opportunities for growth, it has certainly been anything but boring! For Energi, 2020 has been a year of incredible growth, starting with the m...

I don't know about you, but I am sick and tired of this entire generation of YouTube shills. The formula for getting 100,000 subscribers in less than 6 months seems to be set in stone now: 1. You must be a permabull; all news is bullish for crypto2....

Uniswap is a fully decentralized on-chain protocol for token exchange on Ethereum that uses liquidity pools instead of order books. It is currently the best marketplace to swap tokens, create a market, or manage your liquidity pool as Uniswap current...