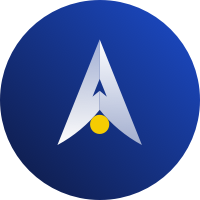 Alpha Finance is a project that aims to build out an ecosystem of cross-chain DeFi products that are interoperable to bring increased “alpha” returns for its users. The company behind the project, Alpha Finance Labs, was launched in September 2020 by Tascha Punyaneramitdee.

Their first product called Alpha Homora was launched on October 5th. This protocol allows users to leverage their yield farming positions by a factor of up to 2.5X. It is like margin trading for Liquidity Farming as it allows farmers to borrow ETH to liquidity farm with a higher portfolio value. They will pay the interest from borrowing the ETH to other depositors on the protocol.

The protocol allows yield farmers to borrow ETH with up to 2.5x leverage when farming on supported Uniswap pools. The tokens that they earn from farming are then automatically reinvested back to compound the profits.

Additionally, Alpha Homora also allows users to deposit ETH into the Alpha bank and receive ibETH - an interest-bearing asset which is paid for by liquidity farmers that borrow ETH for leverage.

Alpha Finance Labs launched its token $ALPHA through an Initial Exchange Offering (IEO) on the Binance Launchpad during October 2020. The IEO saw 100 million ALPHA being sold at $0.02 which raised $2 million. The token allows for governance at the product level. It will also eventually be used as a utility token on the Alpha ecosystem.

The smart contracts for the protocol have been reviewed and audited by Peckshield which brings a level of confidence when depositing funds into the protocol.

In this tag, you can discover Alpha Finance (ALPHA) news, price prediction, opinion, and analysis created by users.

Alpha Leak: What is an Alpha Leak and Why is it Important?

What does Alpha Leak mean? Alpha Leaks are tips that help you beat the market in the crypto world. It comes from the tardfi term “alpha,” which is when someone’s investment strategy beats the market. It’s not insider trading if you’re not trading sec...

You’re a 35+ year old woman with a PhD! Oog (a modern caveman with alphalpha between his ears) doesn't care!

As I invariably do from time to time, I stumble across a writing that I think is satire, but it's not; the writer is serious and no sarcasm or wit is evident. As I am want to do on occasion, I try to spin a satire out of the steaming pile of horse ma...

Most of the crypto community is aware DeFi Season 2.0 is almost upon us and once it hits we are all in for some serious gains. We can all agree that most of the large cap DeFi projects are going to explode such as the likes of Uniswap, Chain Link, P...

Hi dear friends, hope you are well and welcome to the new update on Alpha Finance Lab (ALPHA) token.On the long-term weekly time frame chart, the price action has formed the final leg of the bullish Gartley pattern. https://www.tradingview.com/chart...

Hi dear friends, hope you are well and welcome to the new update on Alpha Finance Lab (ALPHA) token.On the daily time frame chart, the price action has formed the final leg of bullish Gartley pattern. There is also 25 simple moving average support in...

What is Chainmonsters? Chainmonsters is an upcoming monster taming MMORPG that is integrated with Flow Blockchain. Their Kickstarter collected 10 times more than their required funding, with 714 backers pledging €108,765 and crushing several stret...

Alpha Homora officially will work inside the BSC

A few days ago, I announced the Association of Alpha Finance Lab with Compound and that among its plans was also the adhesion of its products to the Binance Smart Chain. Alpha Finance Lab has officially confirmed that in the coming weeks this will be...

Since the last update of the Alpha Homora protocol to its second version, the microloan platform has experienced a growing influx of new users, which has spurred a rise in the price of its token of more than 25%. Despite the fact that in the first we...

2 weeks ago I was thinking to put some funds in to ALPHA, when the price was slowly moving down to .41 USD, but I still waited for a minor correction. Then suddenly it started to rally, this crazy train seems unstoppable, but at this point my hands w...

The name of this token is so nice that I am wondering why nobody thought about it earlier. The first letter in the alphabet. Easy and obvious. However, ALPHA is not only interesting for its name. It is first of all a DeFi protocol offering great rewa...