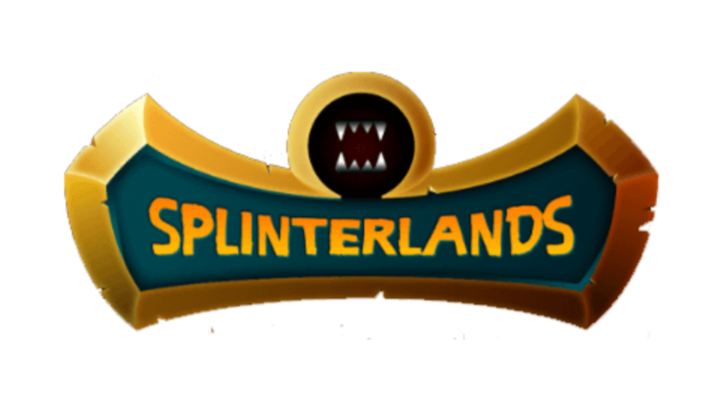 My Splinterlands Self Challenge #3 - Second Season Ends, Next 100 Games

Another week down and another 100 matches played in Splinterlands.  This season was mostly played under the new power limitation rules, relegating me to Bronze III for the season.  I have noticed that I play a lot of the same opponents.  I'm guessing most of them are bots, since they seem to always be queuing for games.  Well, that and, when they win, their DEC rewards are often a fractional amount.

To start off, here is a quick rundown of my daily quest progress and rewards:

Quest #8 - Win 5 with Death.  This was my first time getting this quest and this has to be my worst set of cards.  It took me 25 grueling games to win 5, most of which were due to random surrenders.  The summoner ability of -1 damage to ranged cards rarely ever felt useful, and the cards for that set that I own seem under-powered for their mana cost.  For completing the daily I got a second copy of the common Earth card Barking Spider. 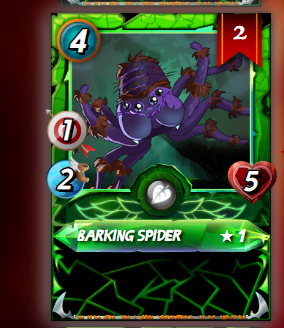 I would soon learn to appreciate getting duplicate commons.

Quest #9 - Win 5 with Fire.  I was quite relieved to see this after my experience the previous day.  I finished this quest in 6 games.  Fire seems like one of the strongest sets, at least at the Bronze tier, as I play against it more than any other set.  For finishing this daily, I got a new common Neutral card Gelatinous Cube. 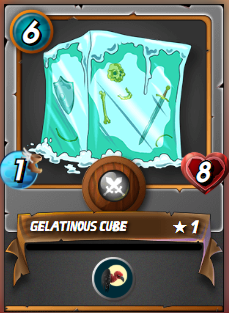 Always happy to get something new as a reward!

Quest #10 - Win 5 with Water.  While the Water summoner Bortus's ability feels a bit weak, my collection of water cards feels viable to play.  I was able to complete this in 8 games, with Serpent of Eld being quite useful.  For completing this daily I received 11 DEC.  At this point I am earning about 3 DEC a win, so it seems like a fair amount for the day.

Quest #11 - Win 5 with Earth.  I am also fairly happy to play as Earth.  My collection seems competitive and I am able to complete the quest in 7 games , earning another Gold Potion.  It is currently unclear what potions do exactly, at least from the in-game information, other than increase your chance to find a Gold version of a card when opening a pack.  Since I'm not about to earn packs anytime soon, this just starts a pile of potions in my collection.

Quest #12 - Win 5 with Dragon.  First time playing this summoner and I find Drake of Arnak quite strong.  I am able to win 5 games in a row using a mix of Dragon/Water and Dragon/Fire cards, earning 13 DEC for completing the quest.  At this point I am up to earning 8 DEC a game on my win streak, so slightly less impressive.

Quest #13 - Win 3 without using Neutral Monsters.  First time I have seen this quest as well.  I am able to complete it in 4 games, with a mix of Fire and Dragon/Water cards.  My 1 loss breaks my winning streak, dropping my DEC per win from almost 9 back down to 6.  I get a third Golden Potion for completing the daily.

Quest #14 - Win 5 with Fire.  Playing Fire, again seemingly one of the strongest sets, I am able to complete the daily in 6 games.  This earns me a fourth copy of the Fire common Ant Miners.

Quest #15 - Win 5 with Death.  Nope!  I try out the new quest button for the first time and this quest gets replaced with Win 5 with Life.  A little better, but still a rough series of matches.  It takes me 18 to finish the daily out.  After finally grinding out the five wins, I get a fourth Golden Potion and am not amused.

Quest #16 - Win 5 with Earth.  I go 50/50, taking 10 games to win the 5 that I need to complete the daily quest.  This time my daily rewards is the Death rare Octospider, which I am happy to see - and quite happy that it is not another potion. 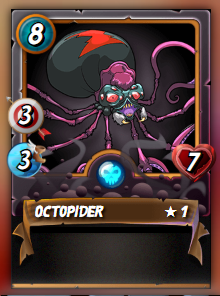 With the season ending, I play 10 more games to try to push up my rating.  Really, just for fun, since my collection power is only 430 at this point meaning that I am stuck in Bronze III.  I win 5, lose 3, and somehow automatically draw 1 when my opponent and I play identical sets of Fire cards.  After the 200 games this season, I am at 2,500 league Rating, 430 collection power, and have a little under 1,500 DEC.  Also, my DEC per win seems to be hovering around the 4-6 DEC range.

At this point I'm on the fence about what to do.  Theoretically, I could try to rent 200,000 power worth of cards and end the season in Gold 1.  This seemed like a poor long term plan, since I would only get an extra 23 reward chests - which are likely to be potions and small amounts of DEC.  I could save up another 500 DEC to buy a pack, which I am seriously considering with the number of potions I am starting to build up.  Instead, after scouring the market, I decide to buy 5 Epic cards that are the best DEC-to-power ratio within my price range.  I pick up 4 Pyromaniacs and 1 Thunderbird, putting me at about 1,400 power and well into Bronze II. 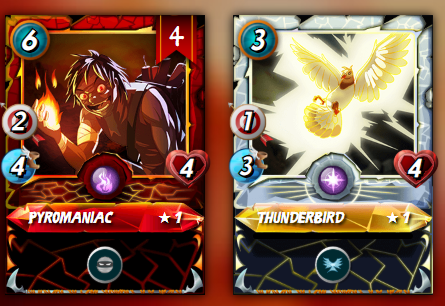 This seemed like a fair option to go with, as both cards could be playable.  It is also enough copies of the Pyromaniac to combine to make a Level 2 version.  It's going to take quite a lot more time to earn enough DEC to get any level 2 summoners, but it seems like a valid plan for the future.  I also see plenty of commons, and occasionally rares, as rewards, so I don't think spending DEC on them directly is a great plan.

In its current state, Splinterlands seems like an incredible grind to attempt as a new player, without just throwing lots of money at the game.  I see this as being a turnoff for a lot of people, as there are plenty of free-to-play card games out there.  With my ~400 power collection, I was playing games against accounts with 10,000+ power collections.  It seemed like people with bot accounts may have been trying to run up their ranking in Bronze, before delegating enough power to jump them up several leagues.  Overall, the current system seems quite flawed.

Oh, and here are my season rewards for ending up in Bronze II.

I was also only able to get this far thanks to winning 1,000 DEC from a random giveaway.  Off of my winnings alone, I expect I would have been just shy of enough DEC to buy my way into Bronze II.  From my perspective, a far more sensible system would be to simply lock league ranks by card ranks.  Bronze is level 1 cards only, where Silver is level 1-2, and so on.  Getting enough summoners to be able to play higher level cards seems to be a fairly costly endeavor, while also having a direct impact on your deck's strength - instead of an arbitrary number that is jumped up by rarer "Gold" versions of card.

If bots are really the main concern, then putting a Captcha before submitting your deck for a match seems like it would probably cause them more problems.  I actually don't think bots are bad for the game, as it provides quick matches.  There's almost always someone, or something, available to play against.  I understand wanting to fight back against bots farming rewards, but it feels like the capture rate is already doing a lot on that front.

I also want to contest one assertion that I keep seeing on the Discord channel, that the current system is good because it makes this game like "Magic: The Gathering", in that players need to buy the most expensive cards to be competitive.  For background, if anyone skipped my first entry in this blog, I have been a judge for Magic and played at Pro events - so I have some idea of what I'm talking about.  Almost no one owns a real Black Lotus or Mox, and the official tournament scene in Magic has near zero interest in the Type 1 format.  Wizards of the Coast/Hasbro, makers/owners of Magic, make their money off selling packs, not off of a secondary market of high value cards.

Magic is popular because of the low barrier to entry.  Standard (Type 2) and Sealed/Draft are the most played formats, because it's relatively cheap and easy to get the cards needed.  I actually expect they're struggling, as the number of card stores closing seems to have increased since Hearthstone and similar free-to-play options have hit the scene over the last few years.  Anyhow, my point is that you want a large player base for a healthy game.  Without new players, card collections will continue to build up, causing cards to lose value more and more over time.  Putting out a new set is a step in the right direction, though the upcoming "land sale" does have the feel of a cash grab from whales.

To try to wrap this up on a hopeful note, the addition of league based leader boards seems like a positive step.  If the majority of players trapped in Bronze can at least compete for something that might help them move out of that bracket, it at least gives new players something to strive for.  Trying to grind up to Silver off of daily rewards and DEC winnings seems like it would take a ridiculously long time to achieve.

Anyhow, I'll write another mid-season update in a week.  If time permits, I'll try to play a little more competitively to get onto the Bronze leader board, instead of just trying to finish my dailies.  Let me know what you think about my DEC spending decisions, and the state of the game!