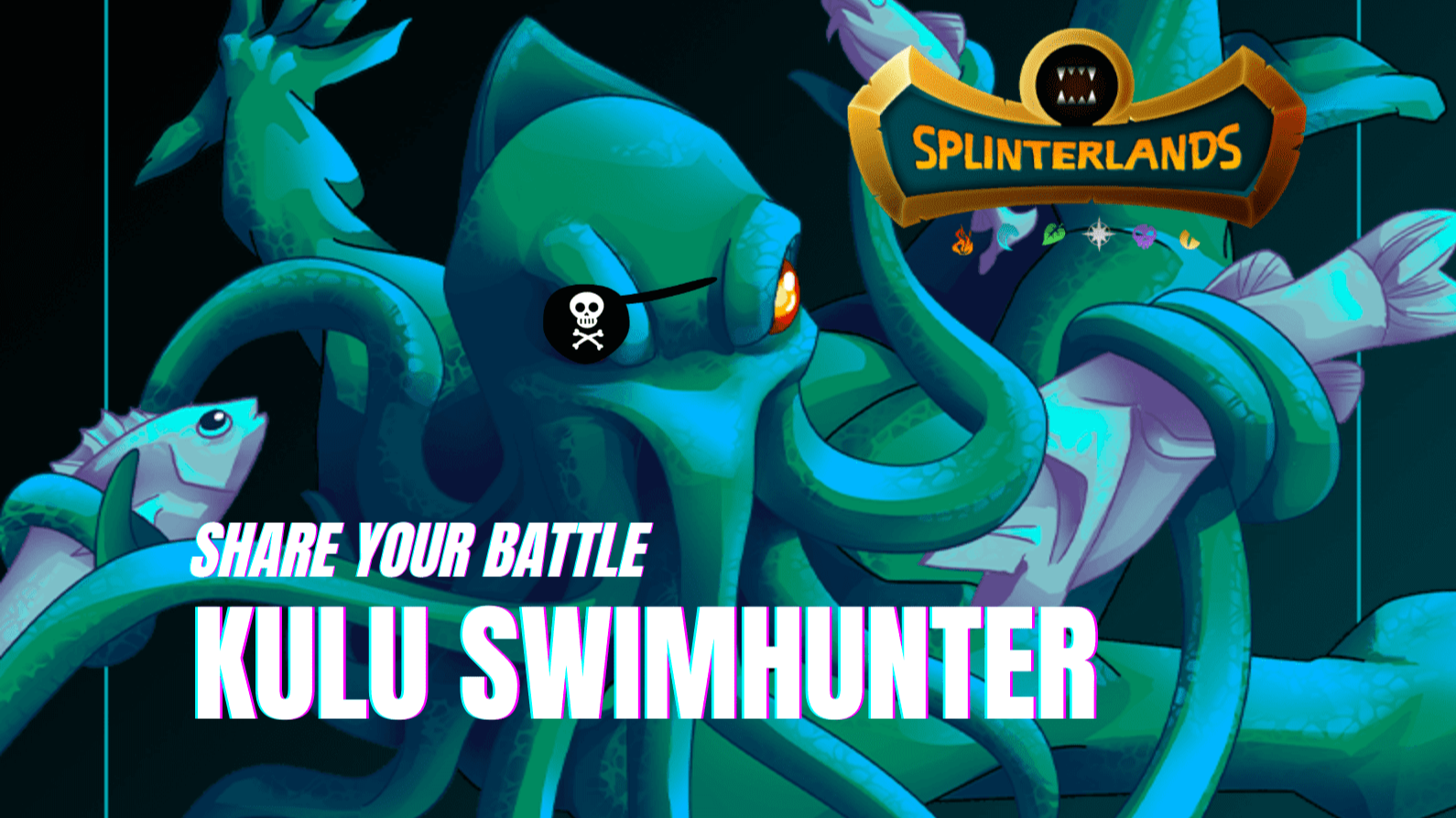 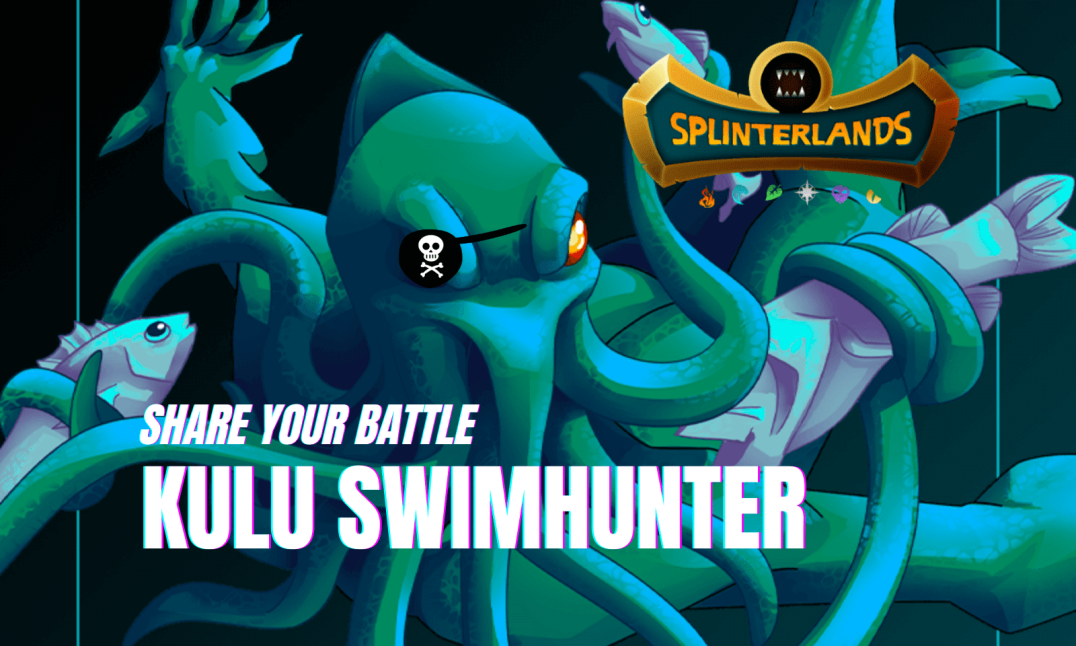 Kulu Swimhunters are members of a race of squid-like creatures that hunt in packs. They use their multiple tentacles to wield all manner of projectiles, to include spears, coral, and even fish. They are very aggressive and are known to traverse oceans, lakes, and rivers, killing for sport and leaving a trail of destruction in their wake. They do not value gold or glory and will ally themselves with whoever promises the greatest opportunity to hunt and kill. 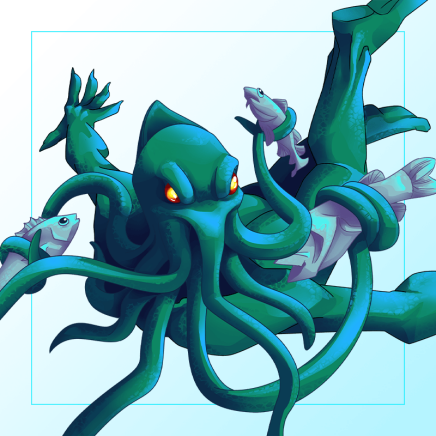 Kulu Swimhunter is a new card from the Chaos Legion set belonging to water element. This card works really well combined with the water summoner Kayla Frendul thanks to the buff of the speed and armor. It not easy to play this card in lower league do to the low mana cap of the battle. 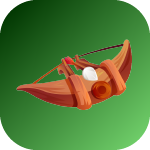 Ranged attacks may be used in the first position in battles.

THE TEAM
I chose water element for this battle.

KELYA FRENDUL
As summoner i pick the Chaos Legion water summoner Kelya. One of the best summoner of the new set of cards thanks to the combination of +1 speed and +1 armor. 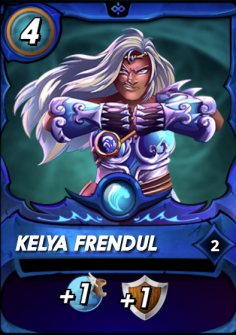 DIEMONSHARK
My first position monster is Diemonshark. High armor and high health combined with high speed and trample ability. This card is a strong tank monster and thanks to his ability when kill the enemy target it will attack on the next enemy monster. 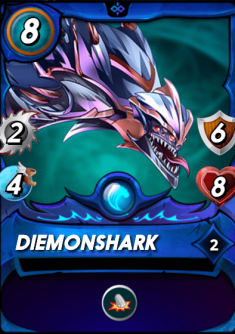 DJINN OSHANNUS
Second choice is Djinn Oshannus. A strong magic monster. High speed and high health combined with void ability is very useful against magic enemy monsters. In low league this monster is very powerful thanks to his 2 magic damage. I use it to bait enemy snipe magic and range monsters. 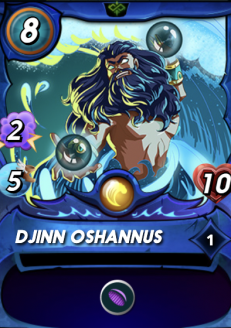 My third pick is the leading actor of this weekly challenge. it is a good card thanks to his high speed and high damage. It is useful to play it in the little league ruleset where only the monsters with 4 mana cost could be used. This strong statistics are balance by the absence of abilities that limiting the use of this card in different ruleset. I chose Kulu Swimhunter because could be useful in close range ruleset. 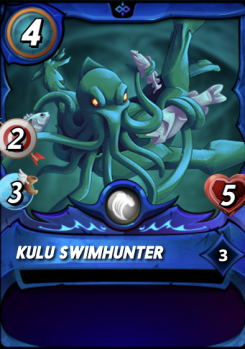 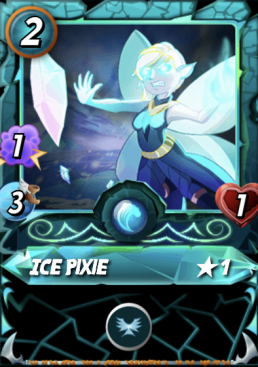 Finally you can look to the battle.

I won this battle thanks to Djinn Oshannus that countered the enemy magic team. I think it is better play a team that have different way to attack the enemy monsters like snipe, sneak or opportunity.
Let me know if my team have a weak point or what i can do to better positioning my cards!

Try Splinterlands and support me here