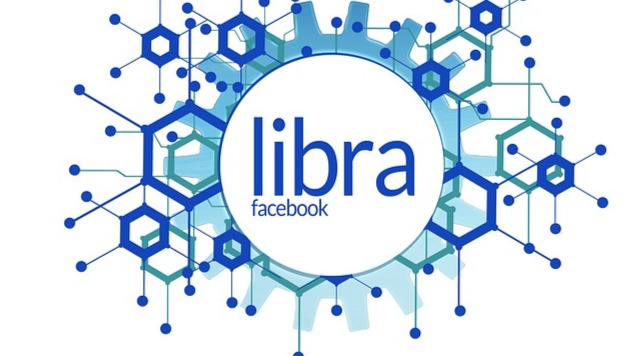 I’m not pretty sure if any new cryptocurrency project made the news headlines like facebook’s libra did in the previous year when the ambitious move to launch a ‘blockchain powered’ cryptographic means of payment owned by social media giant—Facebook was the buzz.

Now Zuckerberg has always been an ambitious fellow, but that was hell of a move! But apart from nearly plunging the crypto space into a bull run, facebooks libra haven’t really made a tangible impact, well, that exposure was a whole lot of impact.

Apart from facebook, many other successful tech companies and institutions have teased a cryptocurrency of their own, paypal is also rumored to have a crypto-related project in place, in the same year, Morgan Chase was also rumored to have plans of developing a payment system similar to that seen in blockchain-based payment systems. Maybe they could have just borrowed ideas from Pascal coin and Nano, you were expecting me to say Ripple too…but, no!

Blockchain technology is making moves into the mainstream sectors and the tech world have seen the much utility which lie in the features of blockchain technology and it will only take time (not so long) before cryptocurrencies owned by popular firms becomes a thing. This is actually unarguable, facebook’s libra was almost near its launch before the government regulations delayed its progress. But for once, I thought facebook was about to take the world by the storm again with Zuckerberg extending his ‘copy and paste’ talents.

What exactly should we expect from cryptocurrencies owned by institutions? Numerous things for sure. While projects like this may not really be as spectacular as specialized cryptocurrency start-ups and their mode of operation may present another shift from the normal orientation of how cryptocurrencies should work, they could grow into a an important part of the crypto space and a factor to speed up global adoption of cryptocurrency and blockchain technology.

But how exactly do we think they will function? Well, I’ll got first…I always do!

My excitements about facebook’s libra died down completely immediately I learnt it was going to be a pretty stable coin, for a moment I was hoping to stack up on some libra and expect some 50x gains, I mean, it’s facebook we are talking about here and…anything can happen!, lol. I guess Mark wasn’t really ready for the fluctuations peculiar with the cryptocurrency space and was about to create another Tether and print stable money from his restroom, well, that isn’t going to be easy, the last time I checked.

However, libra’s whitepaper had some really good notations, I must say. The idea of a globally accessible means of payment and ‘banking the unbanked’ is nice, but think for a moment…isn’t this what cryptocurrencies has been about all these while. Mark for a moment was in Satoshi’s state of mind…a freaky Friday right?

Just like the libra, many other institutions trying to find their way into the cryptocurrency space will probably take a similar route—payment solutions. While I’m sure these institutions are aware of some impressive traditional cryptocurrency projects which have developed a good payment solution, they will nonetheless attempt to push this idea with their own project and hope their influence makes way for them. For a company like facebook, the libra should actually be a tool to incentivize participation on the platforms like hive, steem and other incentivized web platforms. But nope, it was a payment solution backed by MasterCard and other big names.

Bitcoin is practically owned by nobody, well if you discover the real identity then we at least know it has a creator…but currently bitcoin was created and owned by nobody. Most other traditional cryptocurrency projects are said to be ‘community-owned’, even though that’s rarely the case in real sense. But that orientation stands, in such cases, the decision-making process is to a great extent influenced by the community.

But this will probably not be the case with cryptocurrency projects owned by popular companies and institutions. Stakeholders will probably be the only decision makers and your opinions may not really matter. Decentralization as a virtue in blockchain and cryptocurrency projects might not prevail in this case, decentralization has been a shady term in its real sense though, but this type of projects may be openly centralized and might just be another ‘bank’.

Institution-owned cryptocurrency projects will surely adopt some core features of blockchain technology and traditional cryptocurrencies such as the idea of a cryptographic token that runs on a blockchain and can be easily sent to others without restrictions, simply put, ‘a seamless payment system’. But other virtues of blockchain technology such as distributed consensus system may be found lacking or completely missing. What are the chances of facebook’s libra intertwining with tether’s USDT? I mean, birds of feathers flock together. Or, in a more tedious note, what are the chances that this project will form relationship with other similar projects and create a technology which could interact with other blockchains?

In my opinion, this will hardly be possible, institutionalized cryptocurrencies might actually create a divide and operate in their own separate ecosystem and hardly make contacts with cryptocurrency projects not owned by any company. Fact is, we may see more relationship between facebook’s libra and a Morgan Chase backed cryptocurrency than with nano, pascal coin, Tether or any other normal cryptocurrency project. Reasons for this are numerous and I’m sure you could name a few.

While traditional cryptocurrency projects may have more intelligent developers with crafty ideas, institution-owned project sure has more spend power to hire experts and develop a more efficient technology.

In a short while, Libra garnered a huge attention and had the world’s biggest payment technology companies backing its development and ready to pump millions of dollars into the Libra network. But that’s not an easy feat for any other cryptocurrency project. The most successful cryptocurrency ICOs and IEOs will only raise a couple of millions in cryptocurrencies to aid their development, this creates limits in resources and spending.

Most projects die out because they lack funding to push their ideas and pay for essentials in their growth route, many other well managed projects only resort to making improvisations and putting out products with lower quality than intended.

Paypal is rumored to be going crypto-wise, well that’s a whole lot of users about to know what a cryptocurrency is for the first time. If facebook’s Libra was the sort of cryptocurrency I imagined, then its impact in the cryptocurrency space would be unspeakable, billions of users getting rewarded with libra for their involvement in the facebook network, but that wasn’t ‘easy coming’.

For the little time Libra’s launch took the headlines, cryptocurrencies in general gained some good attentions and people got really interested. Now for another while, think about when this currency starts getting used and big companies starts to put out real services and products which are blockchain-based and utilizes cryptocurrencies, that’s a vibe right? Sure.

Global adoption of cryptocurrencies will surely be hastened by big companies coming up with cryptocurrency projects, but if these projects doesn’t really conform with the virtues of normal cryptocurrencies, then the goal is defeated…to an extent though.

Wrapping it up, it’s cool to see these companies attempt to get into the crypto space, shows we’ve been making some sense all these while. But, what impact will these projects have on the rest of the crypto space, it’s all imaginations and our fears might not even prevail at the end, even though it seems likely.