Web 3: A deep dive into the third and most interesting generation of the internet.
3 DAYS TO DEADLINE! MyCryptoOutlook2022 BitYard Contest and Giveaway - $1,200 in ETH Prizes! >> JOIN FROM HERE << 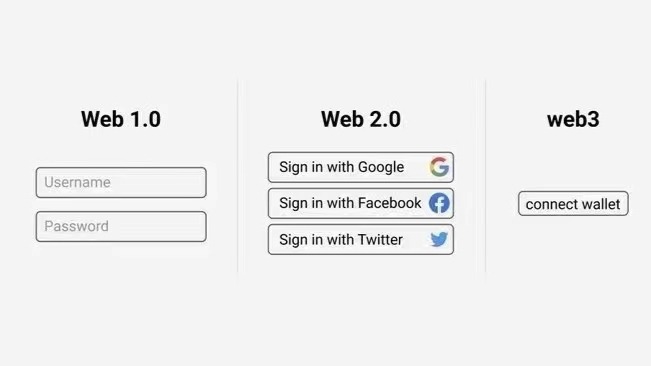 Web 3: A deep dive into the third and most interesting generation of the internet. 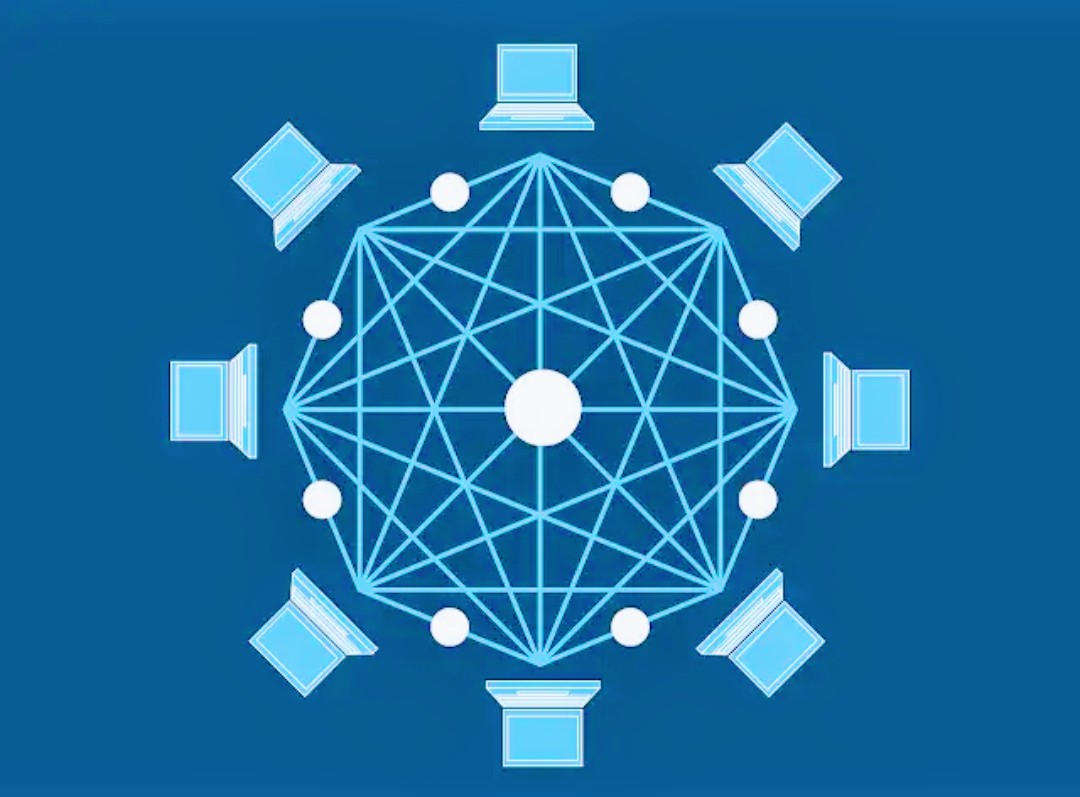 Functioning as an application layer protocol running on the internet, the web is a home to many ideas and many innovations, it has formed a huge part of the internet age. To many; the internet age is championed by the web. This is not far from the fact anyways.

Computer programming languages have enabled the creation of utilities on the web. It is hence not only a protocol on the internet, it has become quite home to everyone who has access to the internet, well crafted gadgets have also been developed to enable more enhanced and efficient web functionalities.

‘The World Wide Web' takes you to a world of infinite possibilities and opportunities.

During its first generation, the web was mainly a hub of information and ‘documents’. Simply a platform hosting information written in hypertext markup language (HTML), with little or no user interaction with the website.

Emergence of more advanced programming languages including HTML and also the evolution of the computer and the internet enabled the creation of web platforms with more user interactivity. A web platform were users can interact with the website to a very large and also with other users visiting the website, thus the birth of Web 2.0

Coined by Darcy Dinucci in 1991 to imply a second generation of the web evolution; the term ‘web 2.0’ is a collaborative and participative web platform which allows it users to perform social activities on the web such as generating their own content and interacting with content generated by by other users of the platform and also with the users who generated this content.

Several web 2.0 applications have had a major influence on our everyday life. From blogging platforms to video hosting and sharing platforms where user can interact with contents, generate and share their own contents. With the web 2.0 resources, commercial applications have been built on the Web and information from a web 2.0 platform can be distributed to and used by other platforms via information distribution algorithms such as web APIs and RSS (RDF Site Summary)

Having known the enormous influence information has on the audience, parties directly concerned in a subject and other interested party tend to modify information reaching out to the audience as regards the subject. Putting away some aspects of the information going out, modifying it to suit their interests; and in most cases Suppressing others who have access to more knowledge about the subject from sharing this information. If there’s any specie in the information age that has been endangered by the web 2.0, it is the freedom of speech.

While centralized internet has arguably created a healthy internet, its dark side is big enough to override these imagined regulations. Cryptocurrency speakers and enthusiasts are currently having a rough time with video hosting platforms as well as blogging platforms. Articles and videos related to cryptocurrency are being censored, put down and in some cases, their profiles on these platforms are banned or restricted as the case may be.

This simply attacks a topic of interest which people needs to have the right information about, while topics like this do not pose any threat to human life or negatively disrupts existing information, many harmful activities and contents are left to float these platforms.

Failure of the web 2.0 in these aspects have once again left the internet users scrambling for a healthier environment where they hold some or at least, total authority over how their generated contents and personal information are handled by the administrators of the platform – a decentralized platform where users are in charge of themselves and others have almost no direct control over their activities.

In a decentralized internet; each user is like a well fenced building in an estate and each building fenced individually with another common fence protecting the whole estate. This depicts an independent platform where the users are independent of the administrators and other users as each profile is hosted differently on the platform.

Web 3.0 revolution is led/enabled by the blockchain technology. The blockchain is a ‘chain of blocks’, Blocks are permanent stores of immutable data/information. These includes information such as agreements between the parties in the transactions; the name of the sender, name of the recipient and the amount transacted. Web 3 platforms are powered by the blockchain technology Source

To store a new information, a new block must be created. Each block contains a record of data and an identical hash (a cryptographic code) which identities the block. To ensure more security and stability of the blockchain, the blockchain servers (node) are run by each user of the blockchain, every user running a node verifies each block before it is created. 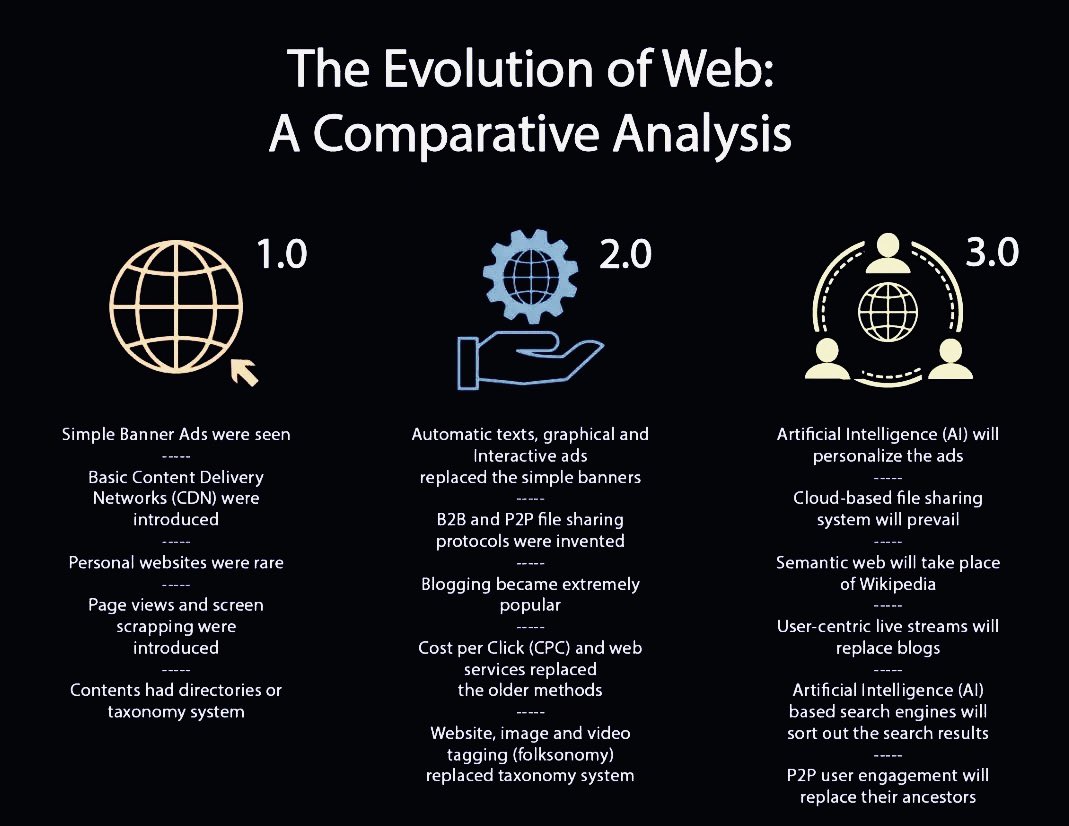 Web3 platforms offer immutability and censorship resistance, one would wonder how it regulates unhealthy activities on the platform…

Web3.0 technologies create multiple points of entry to platforms and as well, multiple control units. These units are in fact controlled by the whole users on the network. It employs specialized algorithms and technologies such as Artificial Intelligence (AI) protocols to ensure that the system works for the users just the way they (individually) want it.

Like a ‘plug and play’ system, connecting your wallet to a platform is all you need to experience a world of possibilities. Web3 platforms preserve user identity and data. 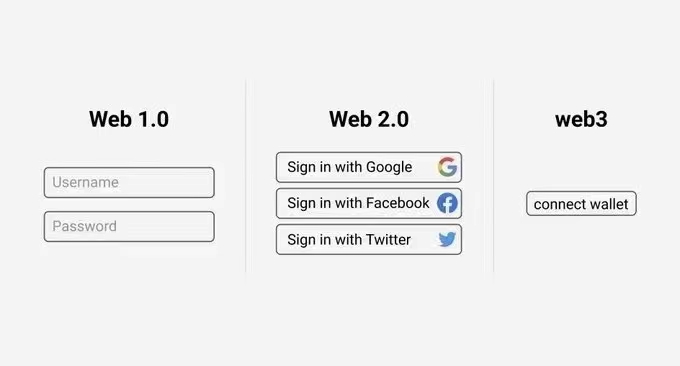 That been said, most web 3 platforms also offer a flexible means of remuneration – Cryptocurrency. Depending on the blockchain platform where a Web3 platform is hosted, participants in the network can be rewarded using native cryptocurrencies.

Cryptocurrencies are cryptographic tokens which run on a blockchain. They are flexible stores of value. On most blockchains, they enable to users to access certain features of the blockchain. These tokens can be easily transferred from one user to another. In contrast to certain web 2.0 platforms, this flexible means of remuneration relieves the users of the huge stress they go through to monetize the contents they create on web 3.0 platforms. Giving the ability to monetize (most forms of) participation on web3 platforms, interactivity on the web is enhanced as every user is incentivized to participate in form of creating contents or interacting with the platform itself.

The future is ‘decentralized’. Some Web3.0 projects are developing decentralized versions of existing internet facilities including VPNs, SDKs and Routers. These extra equipment in synergy with websites built on distributed networks will power the next generation of the web and internet.

Major barrier for web3.0 adoption is the complexity of these platform and the fact that most blockchains currently do not (or poorly) scale. The pronounced complexity makes it hard for the average tech enthusiasts to use these platforms. Blockchain as a concept is still emerging and majority are yet to grasp how it actually works.

Unable to scale, most blockchains are ‘heavy’ and gets even heavier as more users adopt their technology. This decreases efficiency…a major turn off. Nevertheless, there’s still a long way to go for a concept as young as Web3.