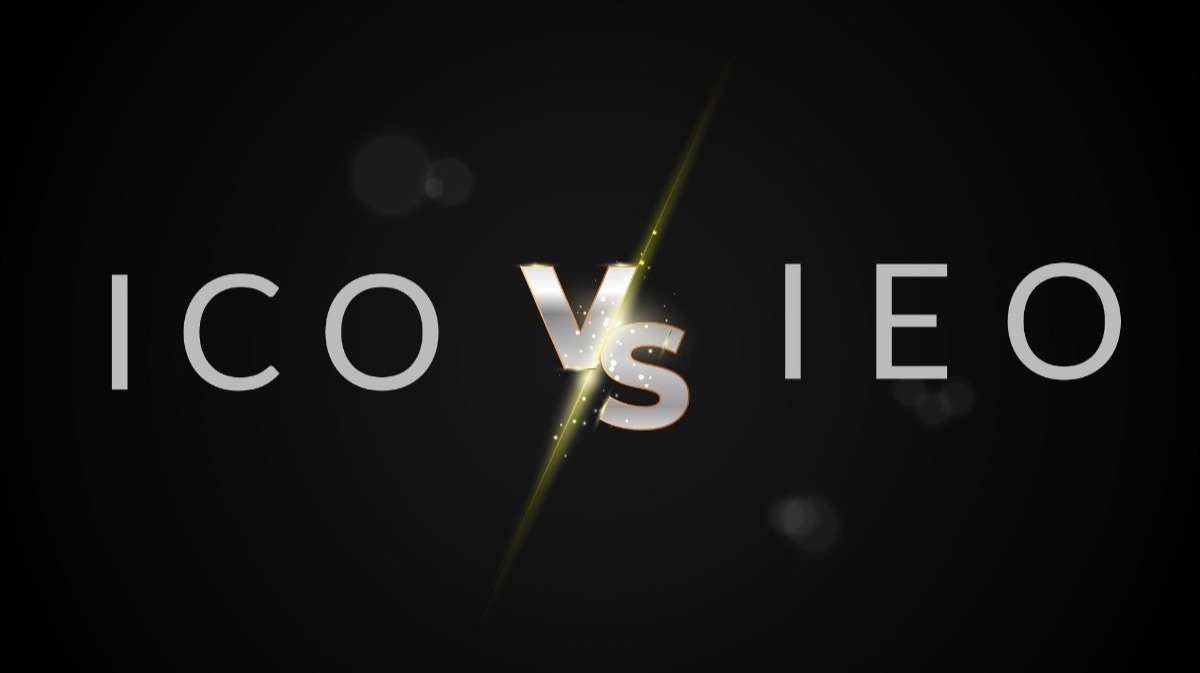 ICO vs IEO: Pros and cons, and Why exchanges would want to list new projects. With an exciting idea in an innovative mind, new products are potentially born. For every new unique cryptocurrency project, the crypto space expands. Over the years, tons of new projects have emerged. These projects proffer solutions to real world issues through products built on decentralized and distributed networks.

Bringing a new cryptocurrency project to life sounds easier than it could really get. An average of over five hundred (500) new cryptocurrency projects emerging yearly and aim for prominence in the crypto space. Surviving this challenge is a struggle. This struggle is even more intense for infant projects. A feasible idea and a practical use-case is paramount to the survival and success of new and existing projects. A couple of other factors also contributes to this.

In our capitalist world, financing the process of bring new ideas to life follows due process of fundraising and hunting for start-up investors. A successful fundraising generates enough funds for new projects. Apart from funds, it also generates the initial set of believers who have faith in the ambitions of the project. Investors believe in the founders and the potentials of the idea they have invested in. Fundraising thus goes beyond gaining financial buoyancy to push a new idea. For cryptocurrency projects; Public Initial Coin Offering (ICO) and Initial Exchange Offering (IEO) presents fundraising opportunities. Prior to the advent of IEOs, public Initial coin offering has been the principal means of fundraising for new projects.

Thanks to ethereum’s smart contract technology and other blockchains with similar features, new projects can generate cryptographic tokens. These tokens run parallel to the blockchain’s native token. To raise funds for the development of this project, project founders offer a percentage of its total token supply. These tokens are sold to investors at a presumably low price in exchange for funds. Through Public Initial Coin Offering, project founders directly sell these tokens to investors…

Public ICO: How did it go wrong?

Due to series of infamous events; public ICOs have been marred by scams. Other problems include contract breaches and project failures. This has become unreliable for investors. For project founders, fundraising through public Initial Coin Offering (ICO) have also grown tedious. In public ICO, a project bears the total burden. Success in raising funds via Public ICO solely depends a project’s ability to properly market its idea to the general cryptocurrency community. Reaching out to the world outside the crypto space is phenomenal. This would take special marketing skills…and a bit of luck.

In the absence of prominent affiliates or partners, this gets even harder. New projects face the hurdle of creating assurance for intending investors. There is a need to prove beyond doubt, the feasibility of their theories and the importance of the utility they hope to create. Even when properly done, public ICOs hasn’t been very efficient for project founders. New projects still face the challenge of pushing their product to the market after a successful Public ICO.

Public ICOs leave new projects at bare. Most new projects struggle despite having conducted a successful ICO and raised tangible funds. A good percentage of new projects have also failed to survive this struggle while many more have been limited in their potentials. Either way, this spells grave loses for initial investors. These struggles led to an outbreak of ICO scams.

IEO: Exchanges to the rescue?

Initial Exchange Offering (IEO) have grown since then as an alternative to Public ICO which continues to be riddled by its shortcomings.

Initial Exchange Offering is basically a form of ICO conducted by cryptocurrency exchanges. To conduct an IEO, new projects partner with exchanges to oversee its token sale. In contrast to public ICOs, this exchange provides a platform for the token sale. Exchanges also influence the marketing of the new project as well as its token sale. Depending on the agreement between the two parties, the exchange could handle majority of the token sale workload. This lessens the burden of fundraising for the project founder(s). IEOs solves numerous fundraising issues. In addition to the aforementioned, partnering with a reputable exchange further assures investors of the legitimacy of the new project. With the reputation of the exchange at stake, it is very unlikely that it would partner with shady new projects for fundraising. Exchanges via IEOs simplify token offering and fundraising programs for new projects.

Exchanges such as binance, Huobi have developed fundraising models on their platform. Impressive contract trading platform – Bityard is developing a similar platform

Exchanges apply cautions and regulations. These caution and regulations make this process safer for investors who are also their customers. A Project after IEO will be immediately listed on the exchange. The project’s life in the crypto space gets off in a stylish fashion. IEOs are thought to salvage the fundraising process in cryptocurrency. ‘Exit scams’ by projects who conducted an IEO is a rare story.

However, it’s never all shades of good. IEOs, despite being a masterpiece also have its own shortcomings. In contrast to Public ICOs where projects are free to sell its token to any buyer; token sale one exchanges (IEO) are only open to traders on the specific exchange. Depending on the universality of the exchange and user regulations, token purchase is limited to a certain set of people. For exchanges whose services are not available in certain geographical locations, investors in such location will be unable to participate in the initial token sale. Exchanges introduce another level of centralization to initial token sale and fundraising programs. This centralization also improves investor security, but still, its limitation is tangible.

IEO projects find it relatively easier getting listed on exchanges than public ICO projects. But why would exchanges consider listing new projects.?

Regardless of the fundraising process, listing process for every project is basically the same. Some reservations might exist where the project has a special relationship with the exchange. Apart from situations like this, considerations for listings is a uniform process for most exchanges.

A project’s reputation speaks for it. A good project is on the trajectory for spontaneous success…most times. Relationship between exchanges and projects listed on its platform is mutual. A shady project dampens the reputation of an exchange. Reputable exchanges are clever to refute approaches by shady projects. Transparency is a vital feature considered in the process of token listing process.

A project which satisfies this criterion is further assessed for its fundamentals and vulnerability to regulations. Security tokens might face hardship in listing on exchanges due to regulations which binds them.

Market viability and userbase is also considered. However, for a project which satisfies the criteria mentioned earlier, chances of getting accepted by exchanges grows higher and is expected to gain more userbase and grow in market performance with time.

IEO projects find it easier to get listed on other exchanges. This is mainly because they already satisfied these criteria before their fundraising proposal was accepted by their parent exchange.
Got a token/coin to list? Bityard is a new generation cryptocurrency exchange with exciting features and a large userbase.

Spot and contract trading is live on Bityard!