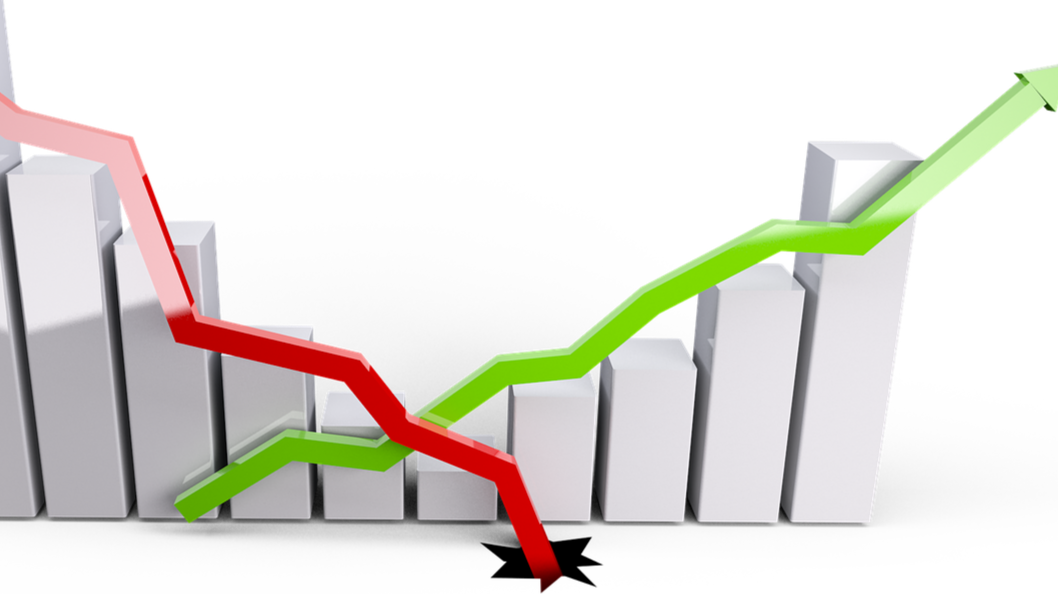 How cryptocurrencies have fared since the pandemic

Cryptocurrency charts looked promising and almost tending towards an explosion before the corona virus pandemic hit hard on the global economy, blowing cryptocurrency values to the dust and hitting the btc/usdt rate well below $4,500 and the total bitcoin market capitalization capsizing below $90 Billion and altcoins following similar trends and posting tangible double digit price crashes up to 50% their initial values. With BTC closing at $6,500 after some price recovery, the month of march was one to forget for cryptocurrency holders, but unarguably created a good opportunity for investors to dive in and buy at lower prices.

Price instability continued during the month of April as the corona virus scare continued to take it’s toll on every aspect of human life, cryptocurrency prices however continued on its recovery track, seeing tangible gains and relatively lesser pull-backs as cryptocurrencies once again posted bigger returns than most digital assets including oil. With the series of price gains bitcoin finished off the month of April above $8,500 after posting an over 15% gain on the last day of the month altcoins also saw relative gains over this period of time as the total cryptocurrency market capitalization exceeds $230 billion once again and the two bitcoin forks; Bitcoin SV(BSV) and Bitcoin cash (BCH) began to reap the rewards of their block reward halving on the tenth and eight day of the month respectively. New month, new excitements, huge expectations, for the biggest cryptocurrency (BTC), it was a very speculative month and one of the most expected dates in its history. Bitcoin Cash and Bitcoin SV had reduced their block rewards to half the normal amount, but bitcoin’s block reward halving was unarguably the most important events of the year 2020 in the crypto space. With bitcoin block reward halving scheduled for May 11th , it was a month full of expectations with several price speculation for an even which would ‘make or break’ the crypto space and send its effects across every cryptocurrency and blockchain projects.

Despite the tense atmosphere, bitcoin and cryptocurrency prices stayed relatively stable for the first week of may as the halving date drew near, moving past the first week of may and just four days to the bitcoin halving, intense speculations on bitcoin prices post halving took its most tangible effect of the value of bitcoin. Huge gains, huge losses; this perfectly define the last four days leading up to halving of bitcoin block rewards. After gaining an impressive $900 within the 6th to 8th day of May, bitcoin’s value saw a loss of over $1000 between May 8 to May 11 which is the block reward halving date and it all looked gloomy. However, certain other cryptocurrencies saw a different trend as values of certain altcoins continued to rise and bringing waves of the altseason.

Post halving effects set-in with very positive effects as bitcoin’s price took the positive routes posting impressive gains during the first week post halving, despite a loss of about $406 between 15-16th of May, bitcoin posted a net price gain of about $750 between May 12 and May 19. Certain Altcoins continued their steady rise, especially Theta with over 500% price gain following its mainnet launch and rumored partnership announcement with a ‘huge’ video streaming platform, alright, no jokes here but I never saw that YouTube and Theta network partnership coming, at least not yet. Decentralized video streaming platforms are still an emerging concept and will surely take some time to hit that reputation. However, theta alongside a couple of other cryptocurrency projects nearing milestone technological achievements saw some tangible positive price action with Matic network posting good gains in the month of May. Following the mysterious movement of 40BTC from one of the earliest bitcoin wallets rumored to be one of the unidentified bitcoin creator, Satoshi Nakamoto’s many wallets; bitcoin price slumped to a daily low of below $9,400, losing over $200 on May 20th and over $400 the following day to mark 48 hours of red charts in response to the mysterious transaction which sent waves of fear across the crypto space. After an intriguing run of price fluctuations, bitcoin finished above $9,700 for the month of May. Certain Altcoins performed better as a couple of them posted up to 5x gains.

Theta network launched its mainnet on 27th May, trading above $0.5 at the time of the launch, however, the partnership announcement didn’t go down well with the holders as it was below their expectations and ‘ambiguous’ according to most blockchain enthusiasts who were unimpressed with the google cloud ‘partnership’. Pretty nice month relative to preceding months.

With the launch of mainnet for many Proof-of-stake cryptocurrencies, POS coins had a relatively good month as Vechain, Ziliqa and Cardano saw double digit gains, with 85% price gain Ziliqa unarguably had an amazing month, Vechains 67% gain also gained it a place in the ‘good coins’ for the month of June. Popular privacy coin Verge (XVG) also made massive gains of up to 2x as altcoins rallied around a pretty stable bitcoin. For altcoin traders, it was a very good month. The concept of decentralized finance (DeFi) also started gaining grounds in the crypto space as the idea of yield farming, lending, borrowing and other features of blockchain-based decentralized financial institutions appealed to cryptocurrency enthusiast. Ethereum soared in daily traded volumes as most DeFi projects run on the ethereum blockchain. The increase in number of transactions on the ethereum blockchain resulted in gas fees skyrocketing, however, this couldn’t stop what was coming. June was a relatively cool month, but just as the saying goes, ‘it is calm before the storm’. In July, DeFi took the grips and the prices of cryptocurrencies backed by DeFi projects went haywire. Loopring, Aave, Akropolis, Reserve protocol and couple of other DeFi projects scored over 5x gains creating a picture of what an actual bull run really looks like. ‘the next bull run will be driven by DeFi’, I guess you heard that a couple of times, but DeFi projects were already having their own bull run as people were over excited with the idea of running certain core financial activities on the blockchain using cryptocurrencies. Bitcoin prices continued on a slow but steady rise with intermittent periods of jerks and crashes. While DeFi projects running on the ethereum blockchains saw massive return on investment, their parent blockchain, Ethereum, remained relatively calm as Ether traded below $250 for the first three quarters on July.

But that wasn’t meant to last, the fourth quarter of the month of July had the bitcoin and ethereum bulls coming back to life as bitcoin gains over $1,000 on July 27, trading above $11,000 while ether’s run of gains placed its value at over $300 sending the total cryptocurrency market capitalization above $300 billion.

The bull run was teased, but doubts were casted, however these doubts only lasted for a short while as bitcoin and ether saw massive gains on the closing week of July which continued till August as bitcoin crossed the $12,000 boundary and traded a bit above it for a very short time. The $12,000 mark was really a very short one as bitcoin priced crashed bellow $11,000 withing few hours of hitting the $12,000 mark, ether trading a bit above $360 and other altcoins losing their 24hr gains. Price has continued to stay positive in the early days of August, bitcoin trades at$11,393.09 and ether at $391.05 at the time of this writing, other altcoins have posted little gains as the cryptocurrency trend looks unpredictable as usual.