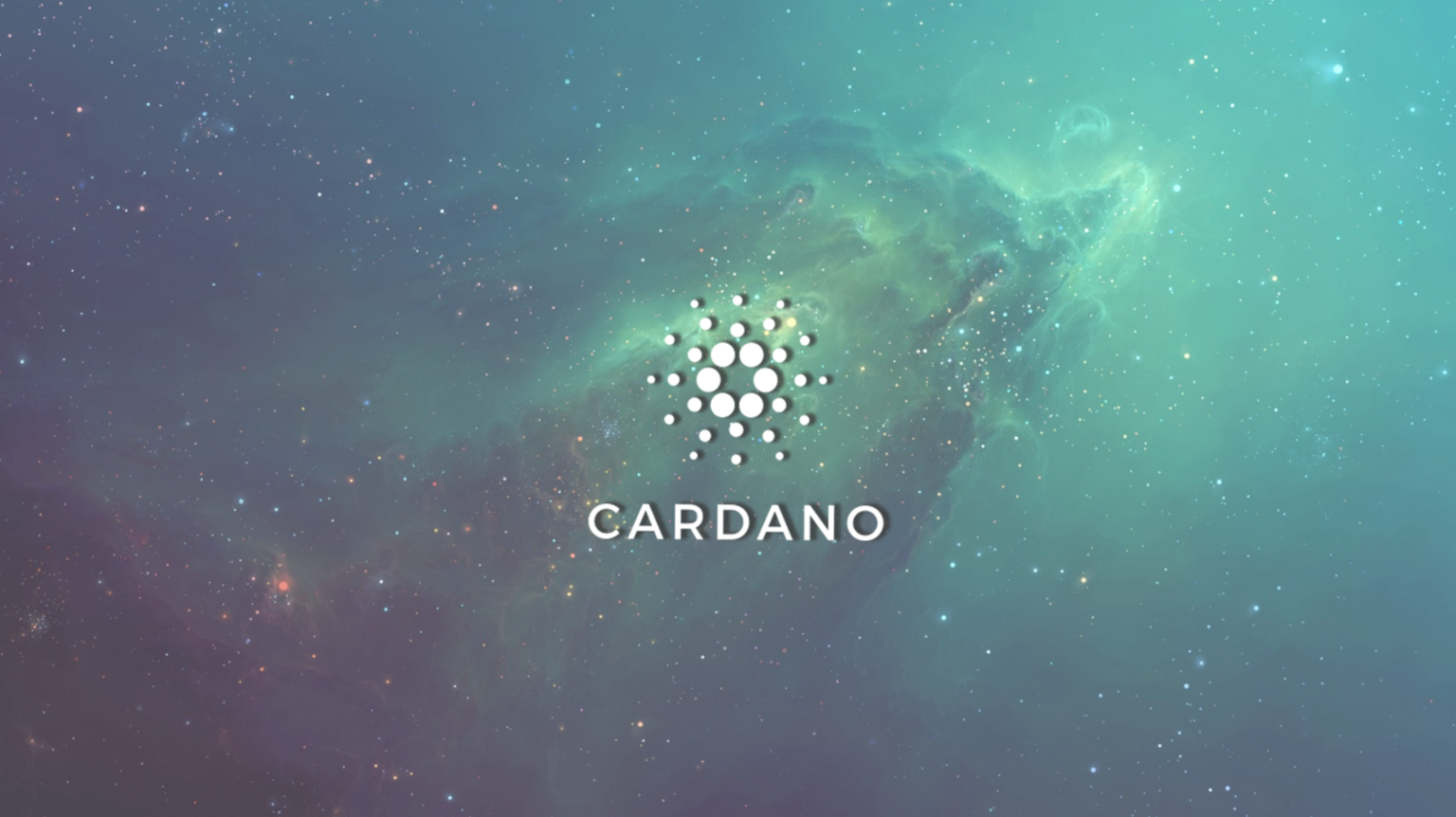 Crypto.Think Weekly Update (16 May 2021):  Despite a massive sell-off of cryptocurrencies, currently estimated around $300 billion USD of the cryptocurrency market cap, Cardano has continued to obliterate the rest of the market, moving up a parabolic 46% just in the past week alone moving up from under $1.70 USD up to $2.40 USD.  Other cryptocurrencies such as Bitcoin, Link, and Ethereum have 16.8%, 4%, and 11% respectively.

This is just a quick explanation on the newly launched Crypto.Think weekly update (CTWU) as this is the first ever release!  I plan on releasing these weekly updates every Sunday and plan to cover some weekly oversight, a look into different projects that I have been analyzing, and hopefully open up some community discussion about different projects and other things happening in the crypto space that have people excited.  If you have any projects you would like me to look into and potentially write about, feel free to leave a comment with the project and link to any information down in the comments below!

Why Cardano & Alts Have Been Rallying

With the obvious consolidation of Bitcoin that has been visible since February of 2021, it has allowed for the market cap to grow and thrive for other alternative cryptocurrencies.  Back in September of 2020, Bitcoin began its massive rally from a valuation of $10,000 USD to around $57,000 USD by mid February.  Since this massive rise, Bitcoin has actually traded sideways since. Bitcoin reached a current all time high valuation of $64,000 USD in April and has since moved down in range. 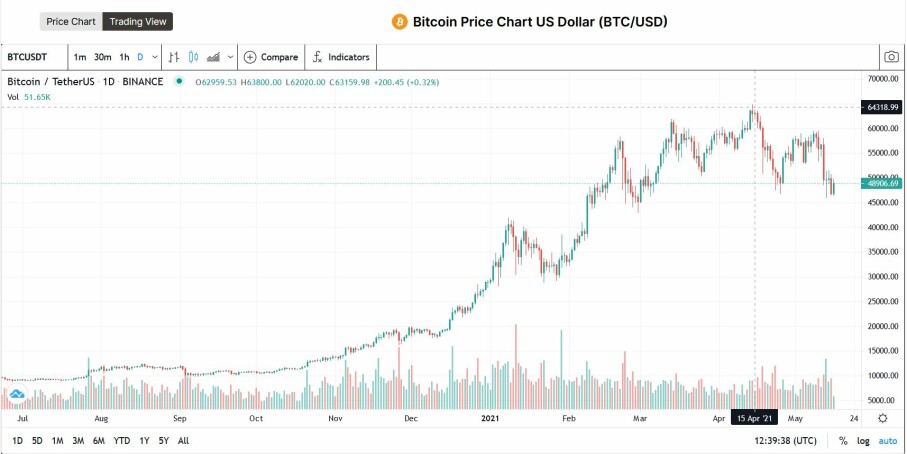 In this same time period of Bitcoin consolidation, the cryptocurrency market has seen a rapid explosion in the valuation of existing alt coins.  Ethereum for example has nearly had a 4x return since then.  After the initial mid-February consolidation of Bitcoin, Ethereum has moved up in valuation from under $1,500 USD per Ether to well over $4,000 USD before the pullback to its current valuation at approximately $3800 USD. 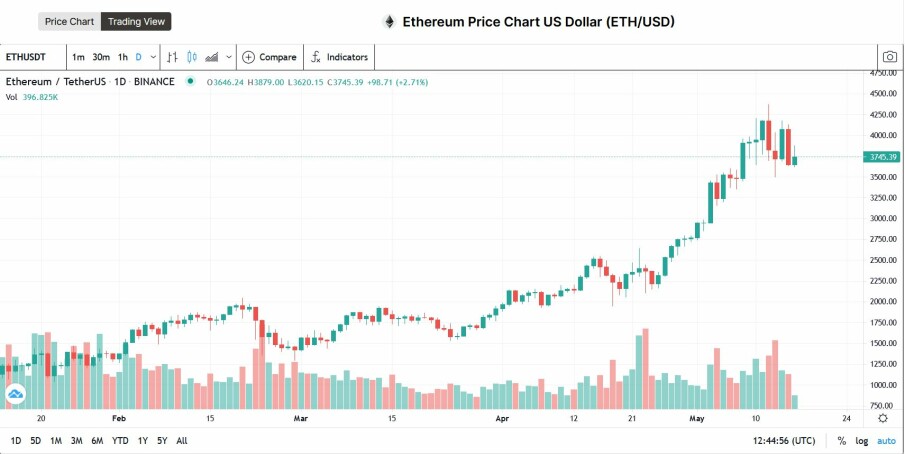 A similar explosion is seen in alternative cryptocurrency Cardano as well.  The alt coin market has done phenomenally well since February 2021.  An initial push for Cardano (ADA) placed the coin just under $1 USD around the February consolidation of Bitcoin.  After a Coinbase listing rallied Cardano up over the dollar mark, the cryptocurrency settled into range before the past month.  Cardano has since pushed up almost 60%, a massive short-term return. 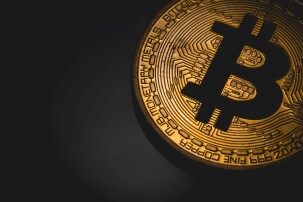 Why Alt Coins Could Face a Major Pullback or Consolidation

Bitcoin is due for another move up this bull market.  Finding indicators can at times be difficult, but one such indicator for buying opportunities on Bitcoin has historically been the Spent Output Profit Ratio (SOPR).  This ratio shows at which point selling Bitcoin becomes unprofitable.  Historically, during bull markets, a dip in the SOPR ration below 0 indicates that sellers would at that point be taking a loss selling Bitcoin.  This indicates a buying opportunity as investors typically will stop selling Bitcoin when it becomes unprofitable in a bull market, squeezing the supply and sending the price higher. 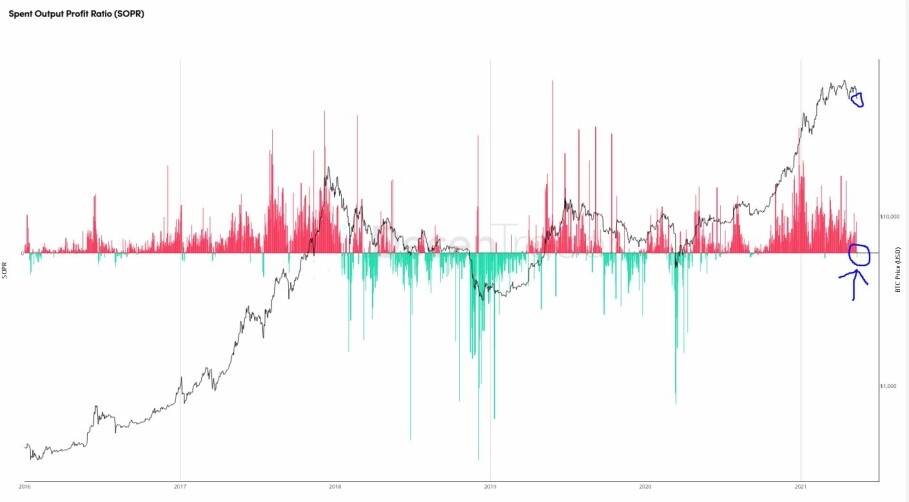 On the chart above showing the SOPR for Bitcoin, recent dips below zero on the SOPR chart indicated buying opportunities on February 28th, April 15th, and most recently this past week in May.  During those indicators in February and April, Bitcoin moved up from the $44,000 USD and $49,000 USD ranges up to $61,000 USD and $59,000 USD respectively.  This is a good indicator that now could be a good time to get bullish on Bitcoin and take profits in alt coins such as Ethereum, Cardano, and others over the short term.

While there is no guarantee that Bitcoin will begin a move up or alt coins will slow down, it is important to consider all factors when developing an investment strategy at this point in the bull market.  This bull market is definitely in the later days of the run, so establishing well-though out positions and utilizing different indicators to your advantage could mean the possibility of seeing sizable profits from here until the end of this run, or a harsh reversal as Bitcoin begins moving again.  Long term outlooks still show considerable room for alt coins to continue to grow as this bull run continues, but investors should be weary of upcoming changes.

As always, this is not investing advice, just my analysis.  Conduct your own due diligence before deciding to invest in anything, including Bitcoin.