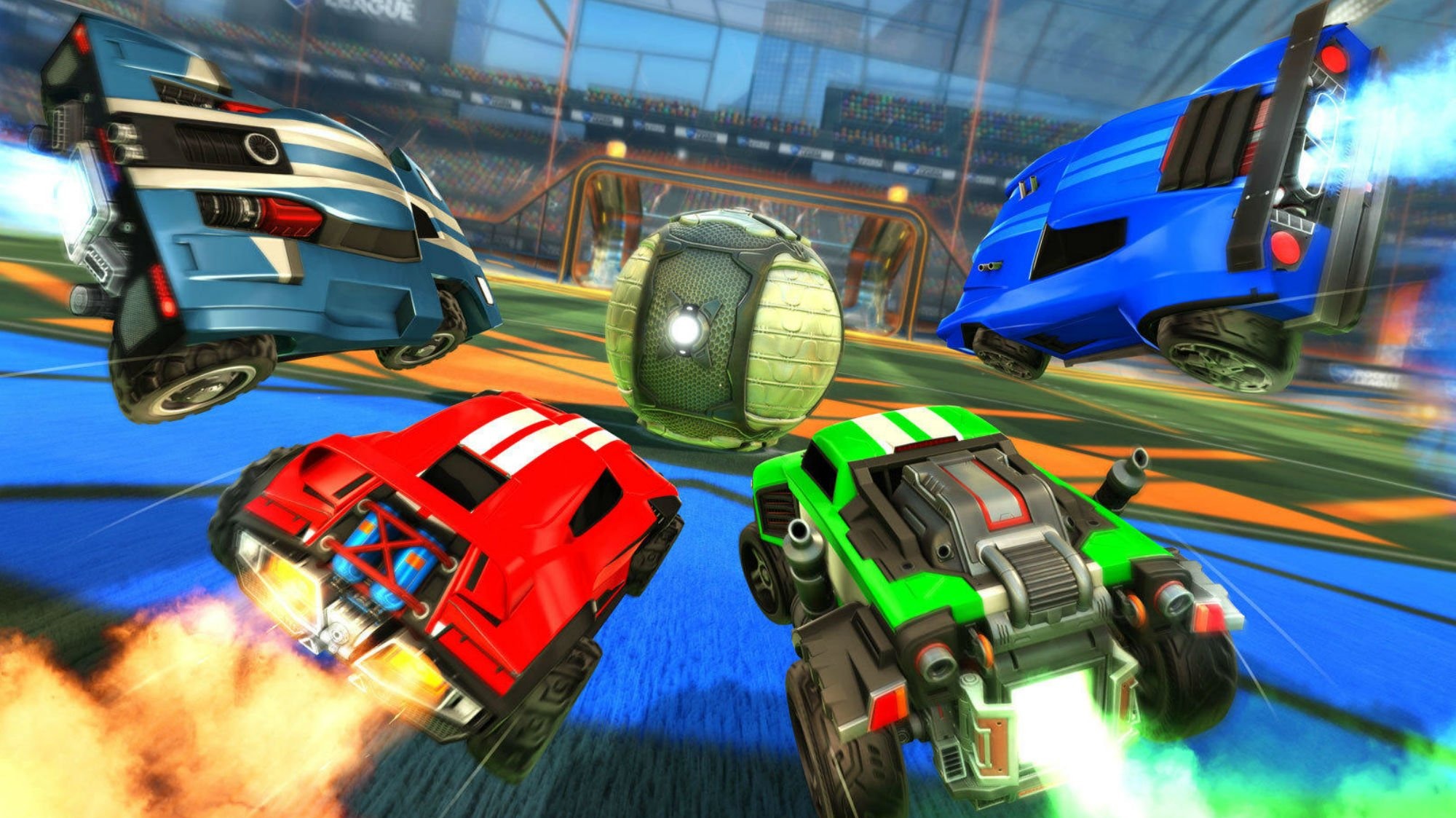 Here's why you should give a try to Rocket League

Hey everyone, this is my first post in here, I hope you enjoy it

Rocket League is a multi platform game that puts together 2 things that a lot of people love: cars and football (or soccer, depending on where you live). And this crazy idea worked in a way that maybe even the creators didn’t predict.

The Psyonix game nowadays have major leagues and official e-sports matches transmitted in their Twitch channel, and it’s popularity is still increasing, even 5 years after the release. But what makes this game so popular? Could be a lot, but I believe these are the main

One of the reasons is definitely their gameplay. The game is very fun and is available in almost all platforms: Playstation 4, Xbox One, Windows, Nintendo Switch, Linux and MacOs. It can be played up to 4 players, in each team, and also at the same console. Or you can connect online, and here’s the best part: It has cross-play support, which means that if you have a PS4 and has a friend that plays it on PC, you can play together smoothly just like you were in the same platform. The only hands down here is that you won’t be able to talk to each other while playing, but Discord or some other similar application will handle it.

Here’s an example of a disputed match at the game

If soccer (or football) isn’t enough, they don’t stop there. The Psyonix game has update to new modes that you couldn’t imagine: Basketball and Hockey. Yes, you read it right, cars not only scoring goals like Neymar or Cristiano Ronaldo, but also doing great shots just like LeBron James.

And they’re still bringing it with another new modes to the game, like the one where it’s a regular match, but you can have random superpowers that lasts 10 seconds, like, I kid you not, the car kicking another car with a boot or growing some spines to grab the ball and score a goal. They reset every 10 seconds after using it.

Another fun mode is Dropshot. Here, an open arena takes place and the ball will make the opponent's floor disappear in hexagonal blocks. Once one of this parts are gone, the team can score and make a point. The floor won’t be lava, but seeing the ball passing through it and being a point behind will be just like that.

The game itself is a great way to have fun, specially in quarantine times, but don’t think it is that easy to play because it is not. When you first start and go online, don’t be surprised to be scored like 5 goals in a row. But don’t panic, eventually you’ll learn. And I can guarantee you will enjoy the game even when you lose a match

Some reviews and info about games that are available worldwide