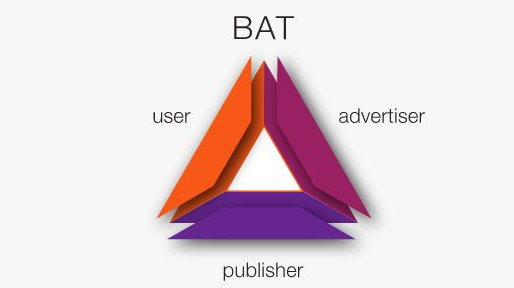 I have gone to chart BAT and have come up with 5 reasons why I feel that it would moon very soon. Read on to find out my reasons!

1. It has very good tokenomics

Tokenomics, for those hearing the word for the first time, refers to the study of the company behind a token, the economics of the token, what the token brings to the table, as well as some other fancy stuff.

BAT has very great tokenomics in that it solves a unique problem that no one else has tried to, or is trying to solve. Most companies just ignore this problem and try to make a better bitcoin that would be dead in 5 years, but the company behind BAT has built this system that fixes this very specific problem. When BAT has finally solved the problem, and many users have seen that this is the case, the price will moon to extreme levels. However, for the scope of this post, the great tokenomics are what will make the price moon very soon, probably even this year.

2. Have you looked at the chart?

Man, never before have I seen a cleaner weekly chart than that belonging to BAT! Falling wedges adorn this chart, and after each falling wedge, I have calculated an average price pump of 32.5%. One of the pumps led BAT to a 50% recovery!(the one in March)

Another falling wedge is forming on the chart, and from very rough calculations, it will take about 2 more weeks to complete, before total blast off. If you didn't have BAT before or you're spending your Publish0x BAT, keep it or buy some! You won't regret it.

3. The price is low now, and people would soon realise that.

I feel that BAT should cost about $1, and very fast at that. But currently, BAT costs a fifth of that price, and people have kind of accepted it. But when alt season really kicks in, and people see a use case for this token and see the price, there'll be a ton of buyers, trying to front run themselves inorder to get this token to sell at a higher price.

Front running is always great for a cryptocurrency, because it means that people value the price and want to get it before anyone else.

Brave has signed a ton of partnerships recently. I and a few friends from Germany(I live in the US,it hasn't been fun so far) have seen some ads from Amazon.de and Amazon.com. I actually saw an ad from Apple INC once, but I haven't seen any again, and don't know why.

The point is, many of these companies are signing huge deals with Brave to let their ads been seen by people who actually care for the ads, because that's the whole point of marketing: To show your ads to the TARGET audience, which Google doesn't realise yet.

Once people catch wind of this, it's only a matter of time.