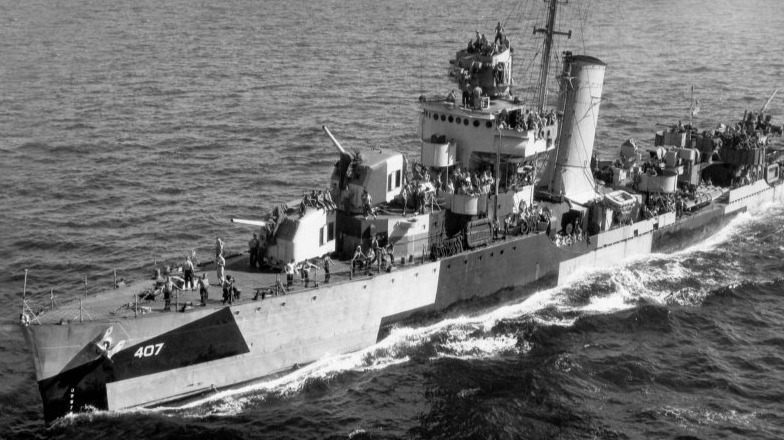 Book Review of Tin Can Sailor

Tin Can Sailor is written by C. Raymond Calhoun, once the executive officer of the USS Sterett. Calhoun describes life about the USS Sterett from 1939 to 1945. He was onboard ship most of that time. The book is a collection of many accounts of the life and activities onboard from many shipmates as well as official records. More than 50 veterans contributed to the contents within. For everyone's knowledge, the name 'Tin Can Sailor' is in reference to a Sailor onboard a destroyer, e.g. the USS Sterett. This is in reference to the thin steel sheets used to create parts of the destroyers. 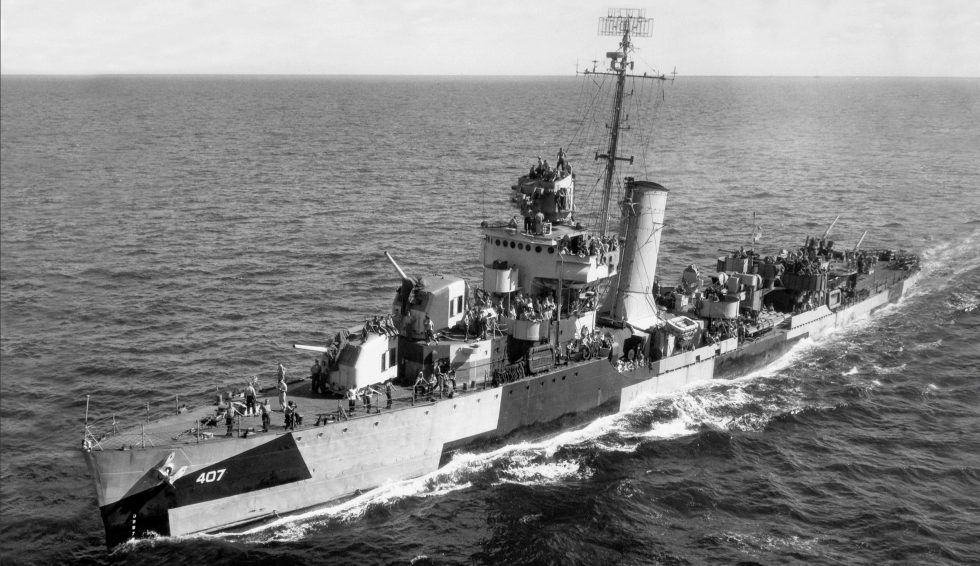 Calhoun gives his first hand account of life aboard the USS Sterett. As a young officer, he rose through the ranks onboard ship. His time onboard starts before the US entered WWII. I would describe his first couple years as normal US Navy life: drills, exercises, qualifications, and add in some close calls such as getting an anchor wrapped around a propeller. After the US enters WWII, the USS Sterett stays in the Atlantic fleet for a while with no 'action'. It is not until around 1942 that she moves to the pacific fleet. I believe that 'action' in war is not something to glorify. So even though the first few chapters are routine operations, I feel it's best not to jump to the action in history. There is a harsh reality to the horrors of war.

By November of 1942, the USS Sterett was in the Pacific theater, performing escort missions and on patrol. The book refers to the following event as the 'Third battle of Savo Island', however it is also known as the 'First Naval Battle of Guadalcanal'. The book's first hand account describes the chaos and bravery, that ensued during this naval battle from the perspective of the ship. When the battle is looked up online, the USS Sterett is barely mentioned. This seems to be due to the ship getting hit by a salvo and retreating. The ship was not lost so history tends to focus on the lost ships and the 'winners' of the battle. It is important to keep in perspective though that once this ship was hit, minutes turn into days of activity.

Sailors are fighting the fires and flooding onboard ship. Sailors are transporting injured to a safe place onboard ship for medical treatment. They are clearing dead bodies, their former friends, out of the way to get to equipment to salvage ammo and parts to repair ships guns, communications, and other operational equipment to fight the enemy. Your friend is dead in the room across from you and it is your job to get the equipment running to help save the ship. Then have to tell the status of the personnel loss and the equipment status to the bridge so that the captain knows how long the ship can keep fighting and when to retreat.

Once you retreat, someone needs to clean up the fallen shipmates for burial at sea. While you are in transit to get repaired, the medical staff is also going to need all help to save peoples lives, or give them a comfy, permanent rest. Then, when you are in port fixing your ship, you will be one cleaning and repairing the damage. That damage includes remnants of your friends that you can smell.

I know that I have overlooked the horrors of war in my previous readings about history. However, Tin Can Sailor lets you know what it is really like for those who lived through it, and about those that were lost during the war. Note: the picture below is not from the Third battle of Savo Island, it is from a later time in the USS Sterett's history close to the end of WWII. 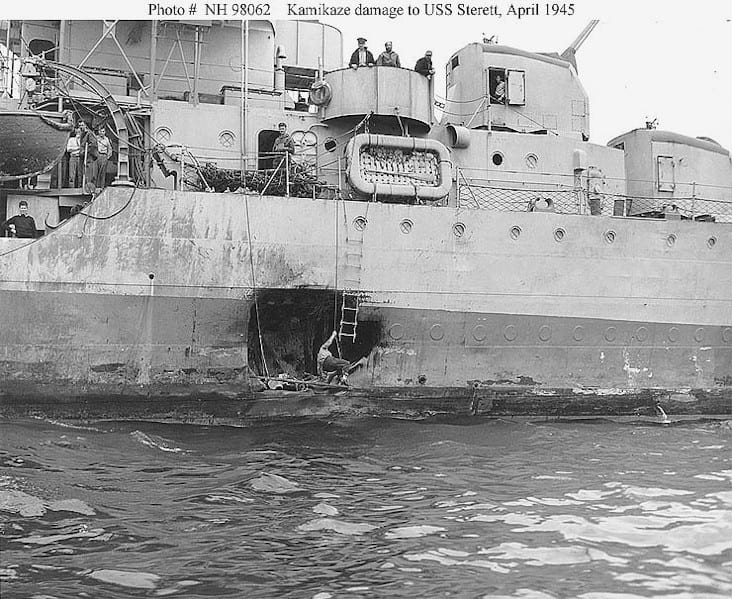 Love for the ship

One consistent thing about the Navy is a Sailor's first ship is the usually the most memorable. The fondest memories, good or bad, are made on your first ship as a Sailor. What is conveyed throughout this book is the love the Sailors had for the USS Sterett. From the beginning to the end, Sailors onboard treated this ship as their home, because it was. Not just the physical ship, but the crew was also your home and family. From the endless watch rotation, to battle stations and to the repairs, the USS Sterett was your life and home. The book translates this exceptionally well.

I believe anyone can learn something from this read. You get a real taste of life onboard a destroyer during WWII. The fact that this book is a culmination of many Sailor's 1st hand accounts speaks to how you can get that feeling of life onboard ship. This book is a definite recommended read.

You can find yourself a copy of Tin Can Sailor here.

The images come referenced from this site here.

This post was originally from my blog, referenced below.

You can get a 25 PRE token bonus if you use my referral code here. This is to support a decentralized web search engine with presearch.org.

Owner of powersjo.com a blogging site talking about books I have read, side projects, IT blogs, and military history.

As I read books I write reviews about them. This process helps me remember and reference what I have already read. It forces me to think critically of what I'm reading and what I choose to spend my limited time learning. Lastly, it helps me with my writing.