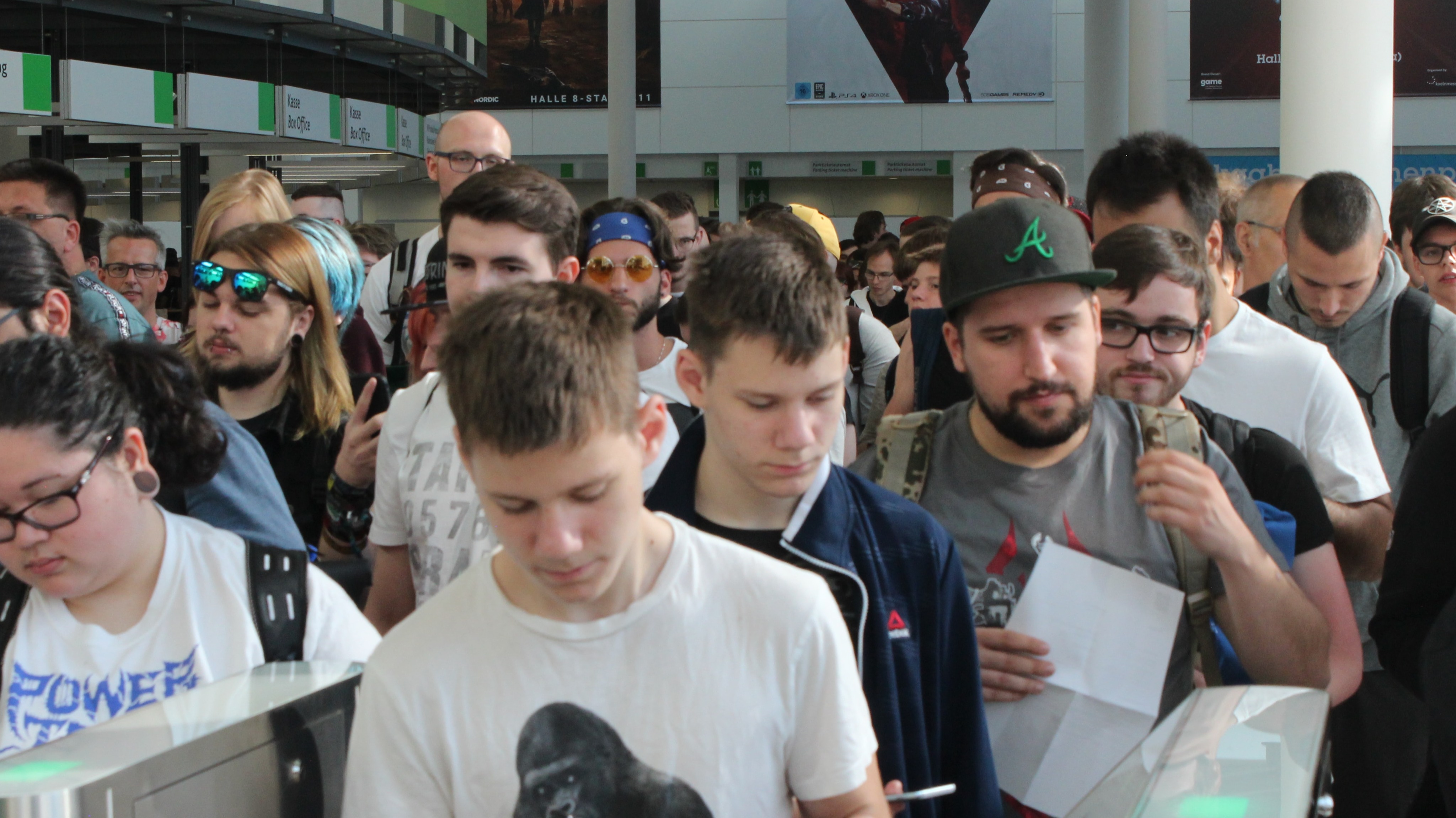 I went to DYGYCON - The Good, the Bad and the SWAG

I was super-hyped for DYGYCON after all the announcements about awesome stuff going on there. We even rescheduled our get-together with my parents to Sunday, so that I could attend DYGYCON on Saturday. Let’s see whether it was worth it. The @splinterlands team around @carrieallen and @chrisroberts did an awesome job with this event. There were so many details to be explored and so many things to do that I was entertained for the entire three hours. Not wanting to miss any achievement badges I spent my time dancing on the dancefloor, gathering all 21 collectible stars, setting marshmallows on fire or reclining in the lounge area.

They did a live stream on Youtube sharing and discussing the areas where the action was. This was great because it allowed me to explore other areas of the convention without missing what was going on on-stage.

The Beat A Pro Challenge was also a great idea that kept me busy over the course of the event trying to beat a different player every 30min. Sadly, I couldn’t overcome @xawi, so I didn’t really try against @jacekw except for one quick match and also passed on @cornavirus because I didn’t have chance of getting the ‘I beat every pro badge’ anymore. However, I still scored some nice wins (click to view the matches):
@steamdan
@toocurious
@fighter4-freedom
@byzantinist

Even though I am keeping this paragraph short, I want to point out that I really enjoyed myself during DYGYCON and I will attend a DYGYCON 3.0 as long as it somehow can be squeezed into my schedule. 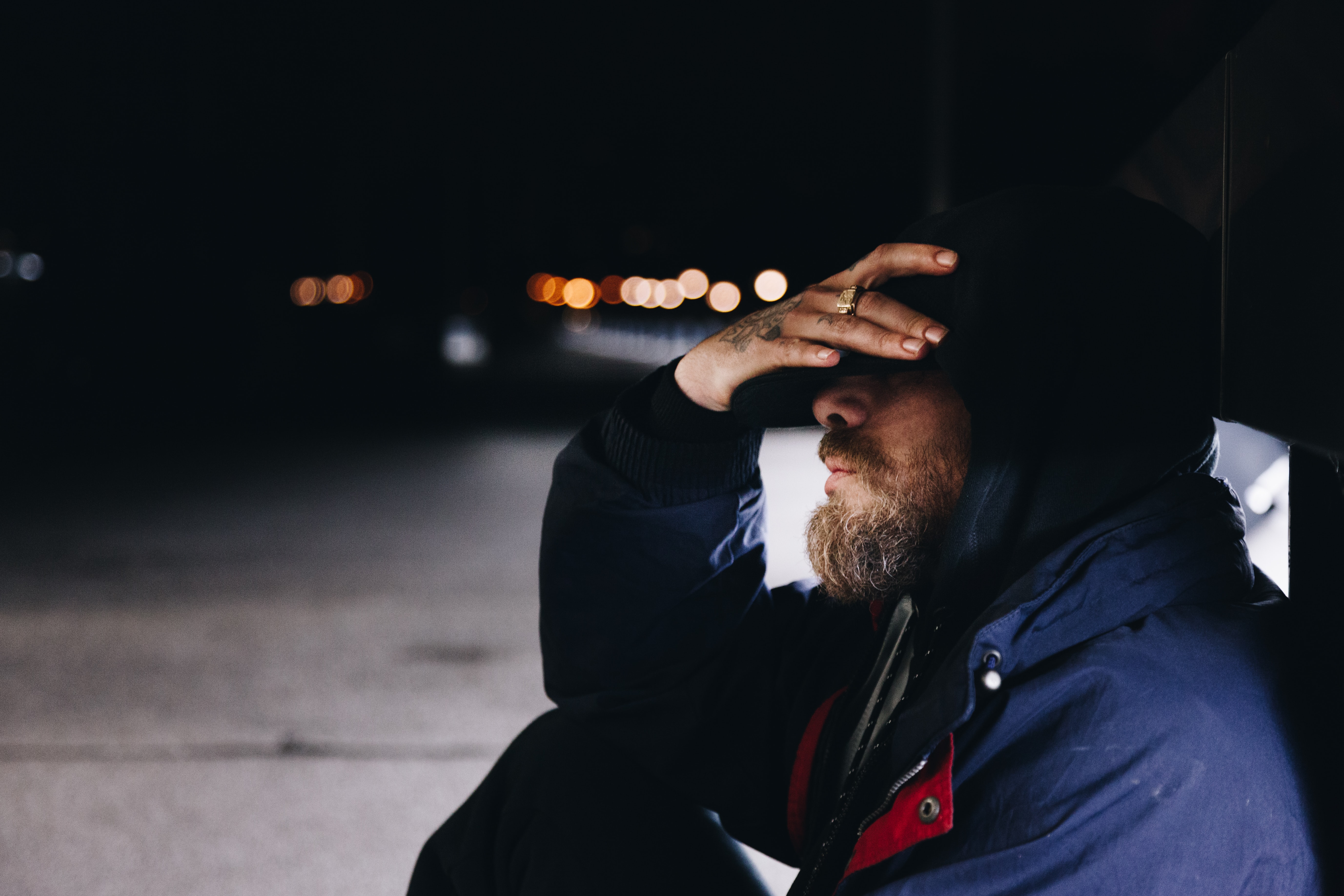 While I made sure to visit every sponsor’s booth I was a bit disappointed at what was being on display there. Most booths only had 1-3 slides to show about their project, or a trailer for their game with a collection of links to their website and social media channels. I had hoped for some more interactivity or playable challenges that might even unlock prizes. At least they should have handed out SWAG. The way I understand it is that all SWAG is being distributed to people who signed up at the central SWAG booth. Why not make this more of a challenge and get people to collect SWAG from every booth? I think I found two booths that had their own registration forms, but those were the exception.

Also the convention quest was a bit of a letdown. I tried to get started by following the first clue and talked to Ray. No, I would have talked to Ray, but he didn’t accept my private chat request, so after 15min of waiting, I gave up on this. Later I found that Ray had told some other guy, to start at the Ultrarare booth and picking up the scent again, I visited that booth and following the clues went on to the Gamecredits booth. Next step would have been to talk to Bitbender. Apparently, the challenge was meant to associate this nickname with the Gala Games CEO. What the challenge really was, was to get the guy talking. Just like Ray, he would not accept any private chat requests. He did not read the group chat on his booth either, so the only way to communicate with him would have been via microphone. Sadly, I didn’t have one. So spent like 30minutes there until finally somebody else managed to approach him. He then pointed out that we should contact him via Discord (how were we to know that??). I did as much and was then directed to get an email from @carrieallen but having had my experience with private chats in the convention and being confused about contact channels now, I sent here an email instead of approaching here in DYGYCON. Probably, this was a mistake and now I can’t get on with the treasure hunt. 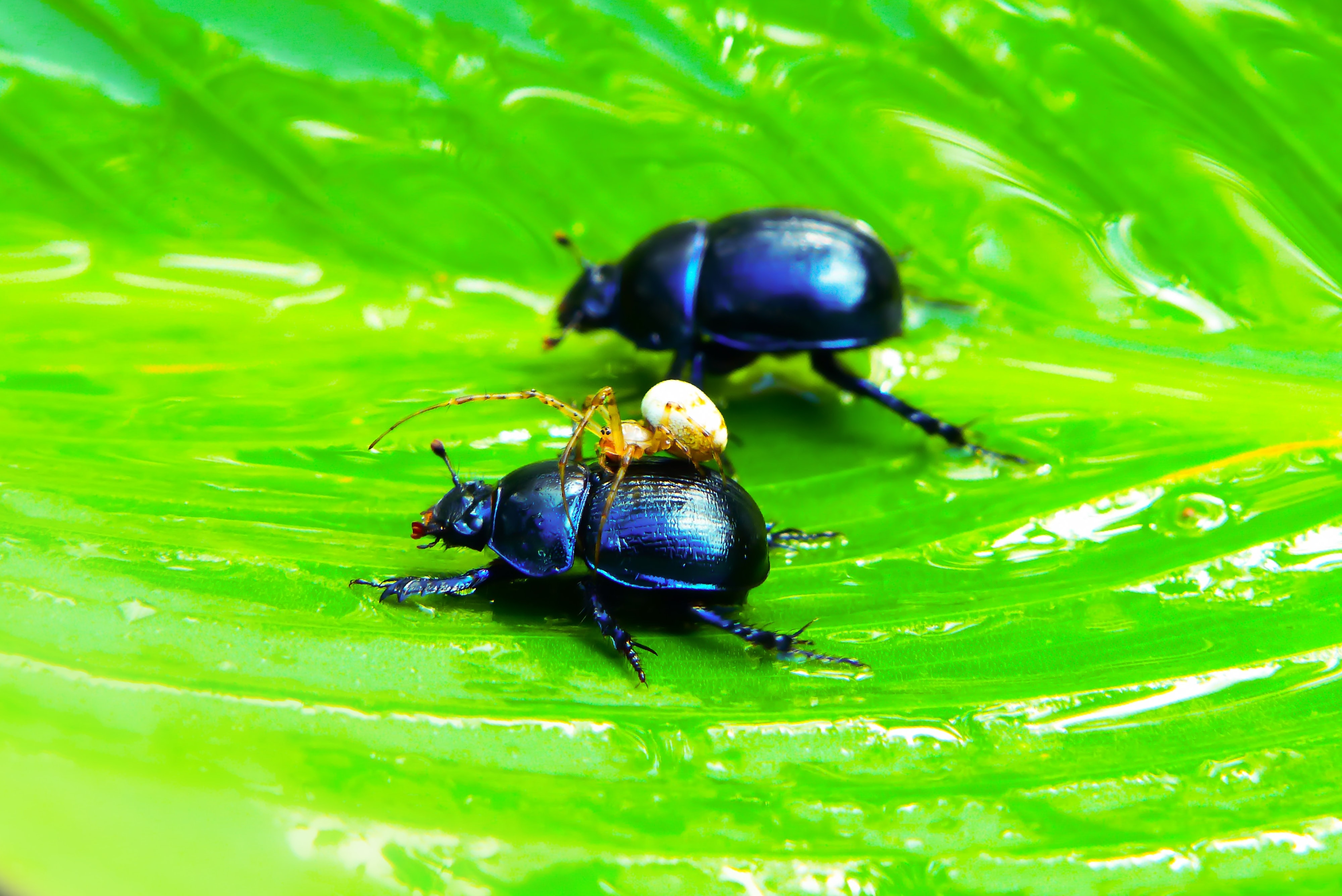 Guys, seriously, when hosting a third DYGYON, please reconsider the platform. What a mess this was! As soon as I went into the first room, all other avatars disappeared from display. I was in a room full of people but seemed entirely alone. I was far from the only one having this problem as several chats have shown.

Also, the convention should have been about connecting players, right? But how do you do this, if the chat doesn’t work properly? The group chats were laggy, reloading old messages seemingly at random and as soon as you invited someone to private chat, you could not access the group chat anymore. If and how you could have two private chats at the same time, will remain a mystery to me forever.

Then there’s the limitation of only having 35 people in one room instance, which has caused considerable bad temper among those wanting to bid on the auctions but could not, because the room was full.

So far, I have received two copies of this shirt in my WAX wallet (the 2nd one probably was a mistake, but thanks 😉) 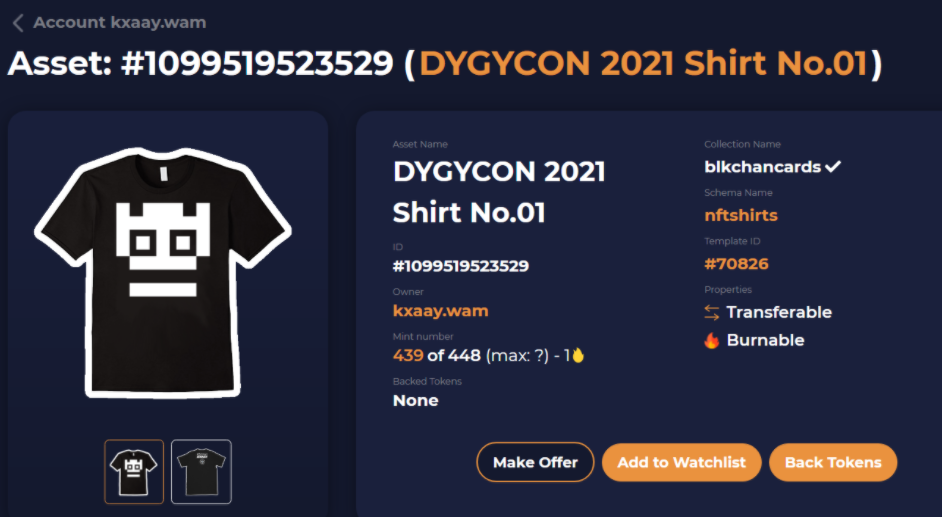 As well as this cookie, which seems to be trading for the insane amount of 17 USD! 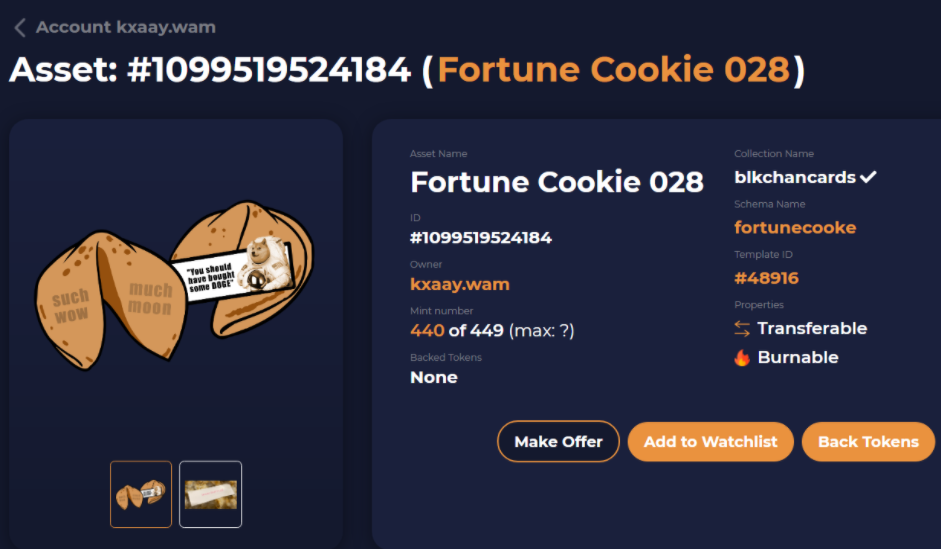 All of these came from blkchancards, which makes me wonder when the general SWAG distribution starts. Don’t get me wrong, I really don’t mind waiting, I am aware that there must be ton of things the team has to wrap up after the event. But with the event being as glitched as it was, I am somehow worried, that none of my achievements might have been tracked.

What I found a bit weird was that the SWAG form you had to enter at the booth was actually a Google Form. I don’t mind this, but it feels like this would invite abuse by people filling that in with several accounts not registered to the event. Again it felt like this was a workaround to a missing feature on the Gamerjibe platform.

Personally, I would appreciate an official recap of the event or some sort of debriefing. How did it go from the organizer’s perspective? Let us know what your own experience was and what we can expect from the third instance of DYGYCON. See you there! 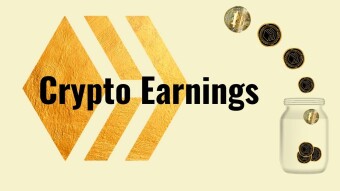