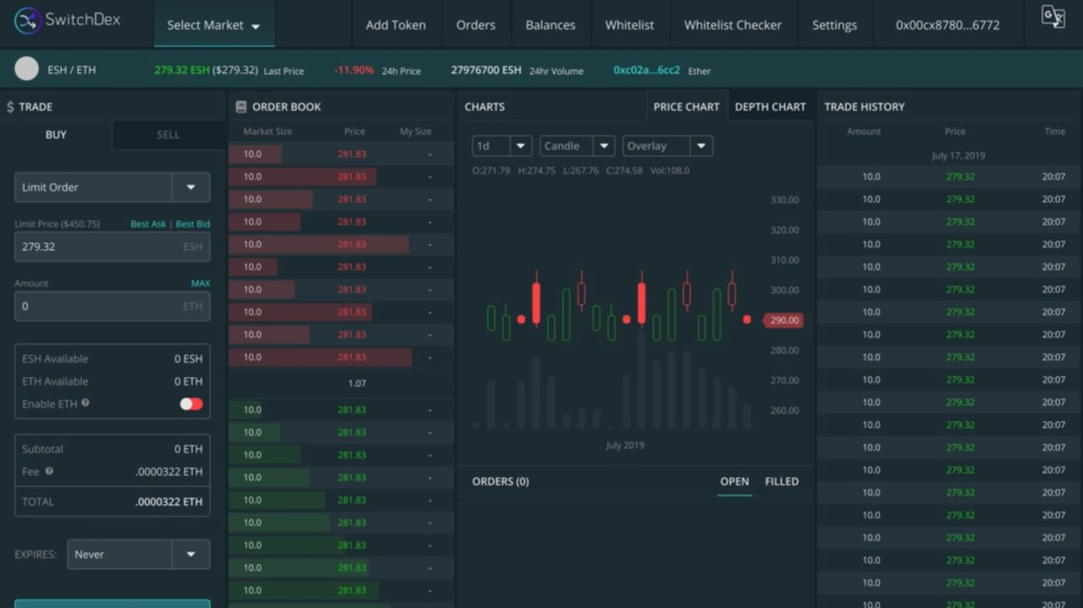 Cap announced a new pilot program for a specific set of projects who would like to partner with Parachute/ParJar – The ParJar Starter Class. It will be about finding awesome new projects who believe in the Parachute vision as much as Parachute believes in them. Synergy FTW! SelfKey’s KEY token was added to ParJar this week. Another cool community joins the Happy Tipping Club. Woot! The Parachute Fantasy Football (NFL) contest is open for entries. 10k PAR entry fee. Chris says: “The game will be played through Yahoo! Fantasy Sports so you will be required to make an account if you don't have one”. Make sure to fill the form and let Chris know that you are in. After Week 1 of the Premier League, we had Sebastian with the lowest score (and winning 500 PAR), Bawheid bang in the middle of the table (1000 PAR) and Novel Cloud topping the charts (2500 PAR). And here’s a blast from the past. BlackBullShark stuck a “Skip Work and Parachute” sticker on a signboard 1.5 years back. And this is how it looks now: 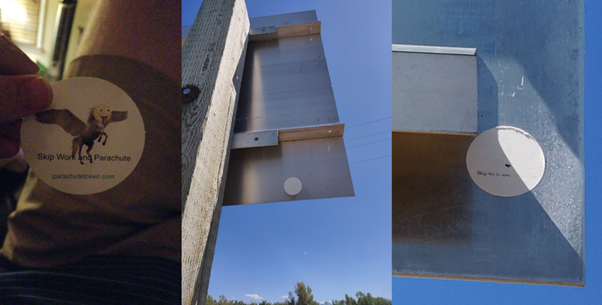 We used to have a blast with these stickers. Cap shipped them far and wide to Parachuters to see them pop up at random locations. Gian put up a few at his local Wegmans in July last year: 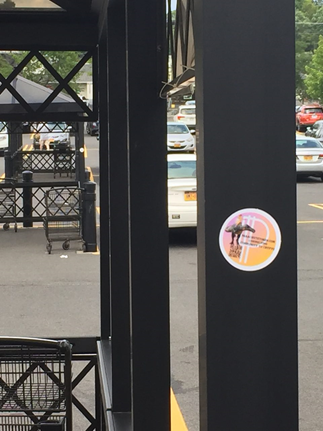 Gian: “If you zoom in on the cart return in the background I put one there too”

aXpire’s 1 pager featuring highlights from all its products was published on Bitcointalk this week. Catch up on the latest at aXpire from their weekly update video. The weekly 20k AXPR burn can be tracked here. Plus, COO Matthew Markham sat down for a podcast with ETHOS CEO Shingo Lavine to discuss how their companies started and mutual learnings from their experience. Click here to read WednesdayCoin’s weekly airdrop post. The Birdchain SMS beta test phase is underway. The team shared their insights and observations from it. Bounty0x CEO Angelo Adam appeared on BoldTV this week to talk about freelancing, the crypto space in general and specifically about the platform. You can catch him at 24:20. If you didn’t know already, any ERC20 token can be listed on the SwitchDex for free. Just click on the “Add Token” option in the Token dropdown. Switch also released an update report covering the latest in Switchverse. Fantom’s FTM token got listed on Beaxy. In this week’s technical literature, CIO Michael Kong discusses Fantom’s planned governance structure for its mainnet. Thanks a ton for the leg up, Uptrennd! You guys are gems. 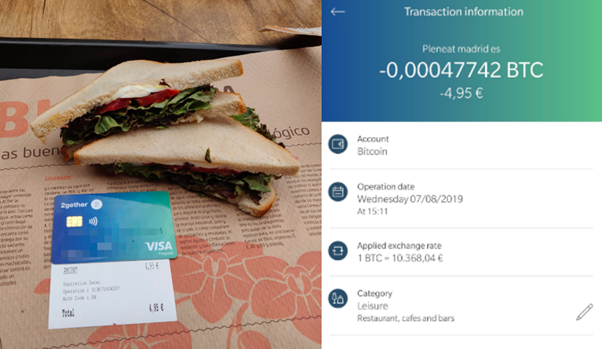 Opacity announced a hackathon event in partnership with QLC to improve user privacy. Registrations started on 22nd August. The latest District0x weekly talks about dev updates to the for Meme Factory, upgrades to the voting mechanism etc. You can also look for bounties posted by District0x on Bounties Network. The latest meme contest is out as well. The theme is “what grinds your gears about crypto”. Hydro did a webinar this week on Libra v/s Molecule vis-à-vis remittances. Hydro’s storage solution Vault is slated to launch soon. The latest developer and community updates cover all the happenings of the past few weeks in HYDROverse. A new contest dropped this week – The Hydro Telegram Contest. Sudden trivias on the project with 1000 HYDRO up for grabs. Woot! Another great use-case of ParJar. Biz Dev Mark Anstead sat down for a Windshield podcast to talk all things Hydro. A couple of weeks back, a sneak peek of the full roadmap was released. This week, we got to see the detailed roadmap. Updates to Silent Notary’s Ubikiri wallet can be seen here and here.

Sentivate’s SNTVT token was listed on CoinExchange this week. They also entered into a partnership with The Daily Chain (TDC) as their Media Partner for a month. To learn about what Sentivate is building, read TDC’s introductory article. This tweet thread explains the cryptography that will go into BUIDLing the network. Mycro introduced the idea of the Mycro Hunter App this week. It will be a trustless bounty hunting and growth hacking platform. The Android beta is expected to be released post December 2019. Click here to read the one-pager and here for the introduction video. Ethereum dApp developers, make sure to check dev.ost.com for a simple solution to create your own tokens and process microtransactions on your dApp. Like OST, MetaMorphPro too has a token creation solution. However, while OST provides a more end-to-end solution for dApps, MetaMorphPro’s token creation platform is meant purely for minting and managing tokens.

And so we come to a close for another week at Parachute + partners. See you soon with another exciting update. Cheers!

P.S. The cover pic in this post shows the SwitchDex UI