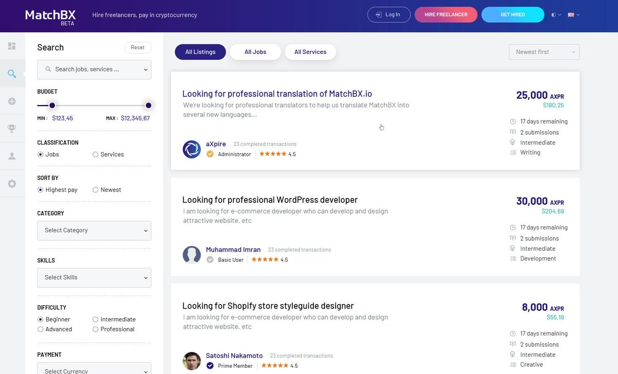 Hiya folks! Starting today and over the next 10-12 days, I'll attempt to catch up on all the pending weekly updates. Seeing how much goes on in Parachute + partnerverse in a week, this is going to be a humongous challenge. Let's see how it goes. Wish me luck! Our good friends at Uptrennd, did a shoutout to a previous weekly update. You guys rock! And this is why making these updates is so worthwhile. This week's post is easily going to be the biggest one yet. Here's your week at Parachute (29 March to 4 April):

Parenas were aplenty this week. Starting with the weekly Parena which Alexis won to take home a lion’s share from the 200k PAR pot. Alexis also picked the Metallica theme Parena spoils by beating Kamo in a quick finale battle and claimed his rightful share from the 100k PAR pool. And finally, we had a WED Parena after a long time. Chris sponsored 1M WED for the Parena pot, and almost won the winner’s share if not for Clinton whose Zebra beat Chris’ Mink to claim top spot. Damn! That’s a ton of PAR and WED given away in a single week in Parenas. Jason hosted the first ever Parachute-based trivia instead of the normal Gamee games for the week. It’s been a fun ride with even Cap and Ice getting stumped by one of the questions.

We are also starting to see multiple Parachute partners collaborating with each other. Zachary from BOMB joined Jeff from Uptrennd for a live stream chat on what the future holds for the crypto market. In other BOMB news, the BOMB puzzle stayed unsolved. 1000 BOMB tokens were burned as a result. The riddle was about Vitalik Buterin’s death hoax. To prove that he was alive, Vitalik had uploaded a picture of the latest block size. The answer could be reached by hashing together the block reward and parent block and finally adding gas at the end. ETHOS followed up its BOMB listing with a featured article explaining what the project was all about. Folks who haven’t had the chance to read up on BOMB yet, check it out. Did you know that ETHOS has been acknowledging good conversations in their Telegram channel using ParJar for quite some time now? Read hereabout it and join in! The latest updates to the dev diary and dashboard were made this week. Also, if you aren’t on Uptrennd yet, check out this article on MrBTC to find out what you’re missing out. “Uptrennd currently share around 80% of the websites revenue with their users”. Boom! 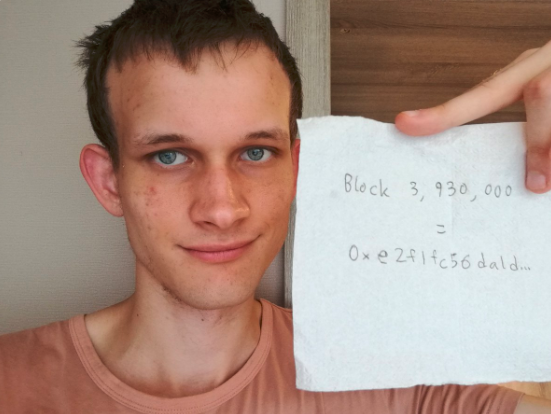 In Cryzen-world, all Free accounts participating in the Battle of the Bots #1 Competition were upgraded to Starter accounts for the month of April. Simulation sharing is now live on the Cryzen Code Studio thanks to Robin. Any backtest can now be shared with the world using a link. Click here to check the test run of Shuvro’s Mean Reversal algorithm. Once there, you will be able to use the Share button and social links on top to share the backtest with friends. Plus, the algo-of-the-week would have to be Shuvro’s Mean Reversal bot live trading ETC on Binance netting an ROI of ~16%. Pretty neat!

Matthew sat down for a tete-a-tete with Ben (Ethfinex) to talk about the aXpire project. While AXPR didn’t make it to Ethfinex in the vote (more on that in the next update), the greatest takeaway was the community and influencer support that came along the way. Roger Ver, J.D. Salbego, That Martini Guy and Crypto Mobster (Ash Davidson) were some of the well known personalities that got behind aXpire. Oh Hey Matty’s review of AXPR also came out this week. And there’s not enough that could be said of the awesomeness of the aXpire community. They came out in numbers to back up the project and vote. In the next update, we will share how the community gave exceptional support during the voting phase. On a lighter note, this was also April Fool’s week. aXpire’s prank turned out to be so believable that some folks got stumped. The team had to change the headline and add an “EDIT” to emphasise that it was a joke. Haha! Remember, aXpire’s visit to SOS Children’s Village in India? Here’s some pictures from the visit. The monthly AXPR burn was also this week. 110k AXPR gone forever. Congratulations to the Telegram contest winners for snagging 100 USD worth of AXPR each! And finally, click here and here for a sneak peek at the MatchBX redesign. Stay tuned for more! Below is a big picture view of how aXpire is building adoptable blockchain infrastructure for all: 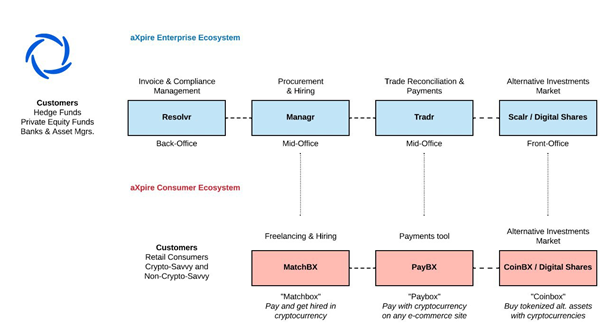 [The aXpire ecosystem has both enterprise and consumer products]

2gether co-founders Ramon and Salva were invited this week by KPMG as part of their KPMGTalks Series. Click here and here for pictures from the event. As chosen by the community through a vote, this video is now the official intro for 2gether. Also check out the presale trailer which features the intro. If you’re participating in the presale, make sure to go through the product roadmap and fund use plan. And if you’re travelling to the FinTech Unconference in Madrid in May, you can catch a moment with Salva who will be speaking there.

[Intended Use of Funds from 2gether presale]

HYDRO fans, check out the latest community update for a lowdown on all things HYDRO. Some of the highlights from the update are – addition of ParJar (covered in our last update), listing of HYDRO on ETHOS, making it to the final Ethfinex list for community vote (like aXpire). The Hydrogen Molecule security token investment platform is under development. For a demo, you can get in touch with the team. Hydrogen co-founder Mike was in Istanbul this week to speak on “APIs and Cloud” as part of the Istanbul Fintech Week. Click here for pics from the event. Plus, HYDRO is now part of Binance Info’s Transparency Initiative. As a result, the project received the V label (like Fantom did). The V label means that the project team is itself providing relevant information on Binance Info. As part of the Ethfinex voting process, Ben interviewed Mark Anstead, Hydrogen head of BD. Hydro will be BUIDLinga Bitfinex/Ethfinex/NEC centred dApp if they make it to the top 3 in the votes. In more BUIDL news, the upcomingHydro dAppStore could look like the following:

Blockport fans will know that social trading is a key upcoming feature of the project. In this detailed piece, founder Kai explains the details of this feature and what it holds for the future of Blockport. In Switch news, the first fee airdrop to ESH and SDEX holders was done this week. As part of distribution, 300k ESH and more than 3k USD in ETH was given out. A few more quick updates can be found in this article. Here’s John McAfee speaking on the importance of DEX’es and why SwitchDEX is a promising project. If you haven’t read up on SwitchDEX yet, this article lays bare the details of the Dex and its token (SDEX). Bounty payouts with Bounty chocolate bars was enabled by Bounty0x on 1st April (notice the date :p). Wonder if anybody tried a payout. The BNTY roadmap was updated recently. Check it out here. Plus, if you are participating in any bounty on the platform, the weekly distribution report will be of interest. Opacity enthusiasts, check out the March update from Jason. Some key takeaways from the update would be on the development-front. Opacity is also one of the few projects in the crypto-space that share finance updates. Below is 2019 expense forecasting for Opacity:

[Actual expenses for March, forecasts for others]

And finally, a quick summary of updates from some of the other partners. District0x is calling on meme lords to be prepared with their dankest memes for the MemeFactory0x launch day. The weekly District update and biweekly Dev update share the latest progress in District Registry and Ethlance among others. Fantomites, check out the monthly recap of the project for March. Another FTM fundamental analysis dropped this week. This time by FundaMint. Check out the analysis report here. Fantom’s CIO Michael Kong sat down for an AMA this week to answer questions from the community. His reverts can be found here. Dutch followers of Fantom, make sure to mark your calendars for an AMA on 25th June. That Martini Guy’s video mentioned in the aXpire update above also covered FTM as one of his picks for Q2 2019. Woot! Horizon State Token (HST) is now available for trading on Easy Crypto for folks in both Australia and New Zealand. The latest version of the Gem app (v0.17.4) with significant performance upgrades is now live on the App Store and PlayStore. The WednesdayClub dApp is now searchable on dappradar and state of the dapps.

That’s it for this week! Have a great weekend folks. Don’t forget to listen to this super chill soundtrack recommendation from Cap. Until next time. Ciao. 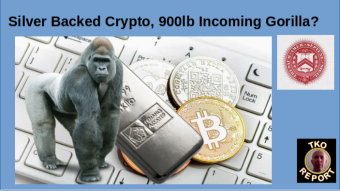 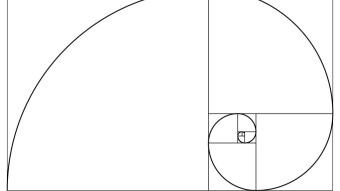