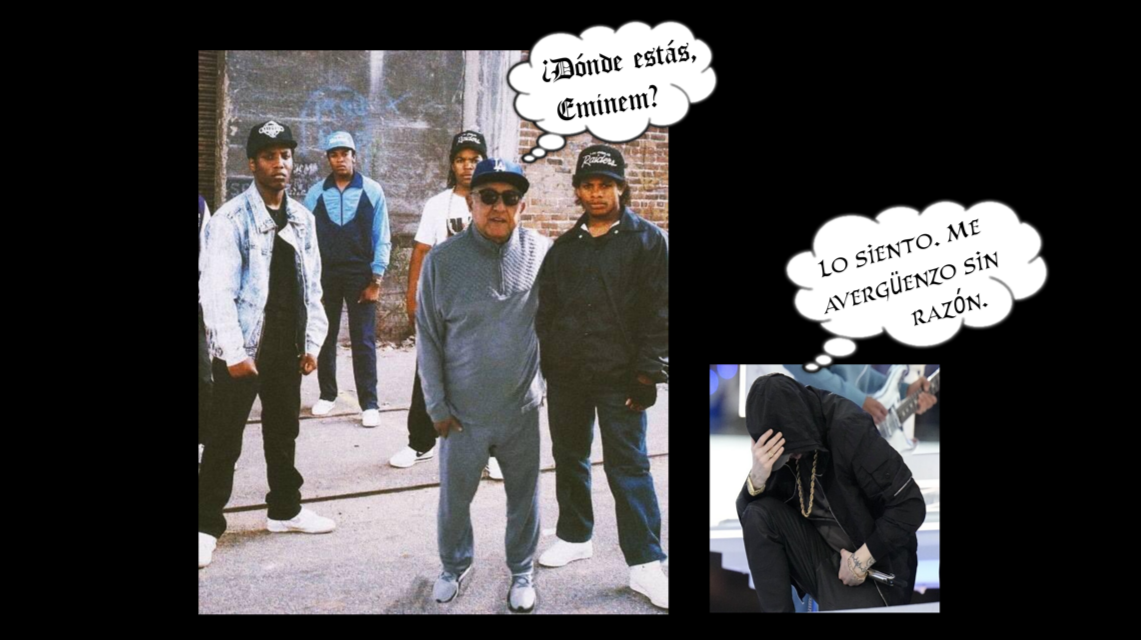 I wanted to write this when Eminem took a knee for the Superbowl halftime show earlier this year, but I didn't care enough.  However, after reading some Mexican fake news about a 30-second diss track Eminem made for AMLO, the president of Mexico, I have to say something.

I haven't listened to Eminem for 20 years, but if he's going to insult everyone who's ever spent a cent on his material by showing his Trump-supporting fans the door, then engages in corporate-approved white guilt at the Superbowl, of all places, after making a living with lines like "we ain't eager to be legal," in addition to humorous lines like, "we hit the trees 'til we look like Vietnamese people," just...  dude.

At any rate, when the president of Mexico joins NWA to respond to criticisms from Eminem, who feels the need to mock another country's leadership when his president is none other than JOE BIDEN, you know the rapture is nigh.

p.s.  Maybe I'll say something someday about how the AMLO diss track is a major step down in the quality of Eminem's writing.  The anemic subject matter, the half-hearted preachy insults, the lack of humor, the leaning on the "P" word for "edgy" shock effect...  Though one of his old lines does occur to me: "You're too old, let go, it's over," perhaps I'll get to it some other time.  At the moment, I don't care enough.