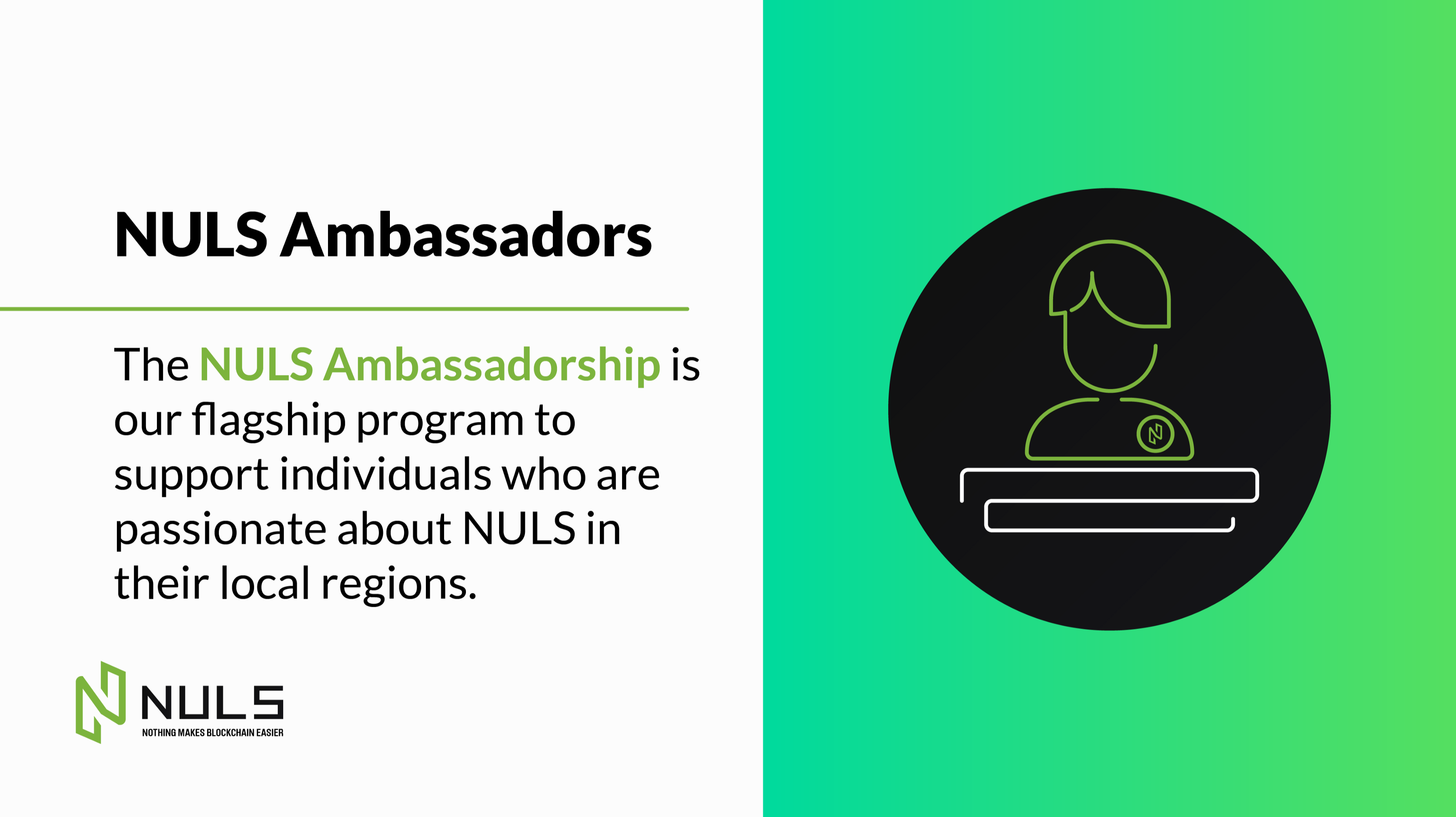 NULS is a community-driven project, and the Ambassadorship is our flagship program supporting individuals who are passionate about NULS in their local regions.

It is our way of incentivizing and recognizing individuals who want to be involved by going above and beyond for NULS. It’s a chance to work with people from all over the world who are as passionate about NULS as they are.

In Q1 of 2021, thanks to the efforts of the community and the team, NULS made a good start in the new year. The ecosystem is booming, the cross-chains and non-destructive mining are being carried out in an orderly manner. The price and value of NULS is constantly breaking through.

We need NULS ambassadors from different countries/regions to help us achieve the new roadmap together.

The NULS community strictly follows the rules and procedures of NIP4 (https://bbs.nuls.io/t/20190531nip4-nuls-ambassadors-participate-in-the-election-rules/103).

Ambassadors that have been successfully voted in are required to create a node and name it according to the format “<Country>_Ambassador”. 20,000 NULS is required as collateral, with a commission rate set to 80%. It is the responsibility of the Ambassador to maintain the node and to ensure it gets upgraded when needed in a timely manner.

The NULS Foundation will stake 200,000 NULS in each Ambassador’s node to get it into consensus.

Portuguese Ambassador Joao has received a stake of 500,000 NULS to his node from the NULS Foundation for his enhanced Ambassador role of Community Lead.

NULS Ambassadors shall work hand closely with the community to promote NULS to all parts of the world so that more people can learn about NULS and take part in its development.