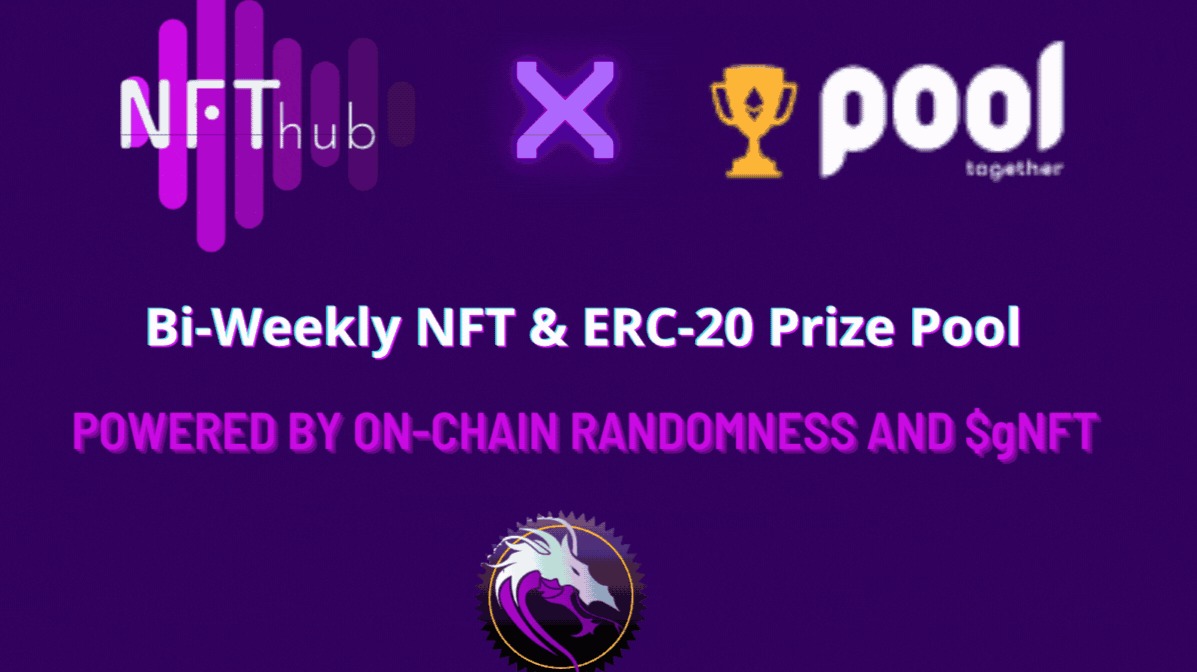 NEVER A SLOW DAY AT NFThub

Check out what we've been up to! (and yes, we're aware the site needs a facelift, but function take priority over form) 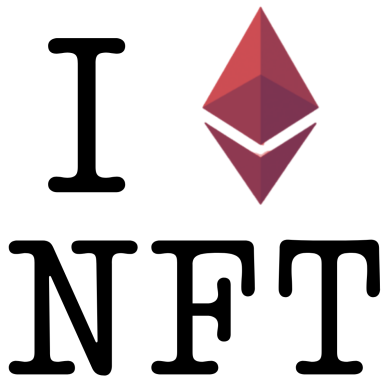 As your likely to expect, nothing written here is financial, investment, legal or any other kind of advice; just awareness and education, based on my personal knowledge and opinions. None of the statements are endorsements, and the only platform I'm affiliated with is NFThub, my brainchild. Ok, lots to cover, let's get into it. If you're already HODL'ing $gNFT, you should be sitting down; if you're not already HODL'ing, you can get some here.

The UI is a little buggy at the moment, as it's another grassroots project from people in the community who saw an oppurtunity to improve on the status quo, but we also have liquidity opened at Swapmatic; which happens to also be the first notable update to explain. Chances are you're relatively familiar with yield farming as an incentive for liquidity providers, so no sense in explaining how that works. Point being, Swapmatic does things a little differently; providing liquidity on Swapmatic will passively reward the LP with $SWAM, the exhanges native token. No staking is necessary, and at the moment the only base for liquidity pairs is $MATIC, but by supplying $MATIC / $gNFT to the liquidity pool, and then simply HODL'ing your LP tokens, you can claim earned $SWAM on a daily basis, with the current reward rate being equivalent to approximately 100% APR. 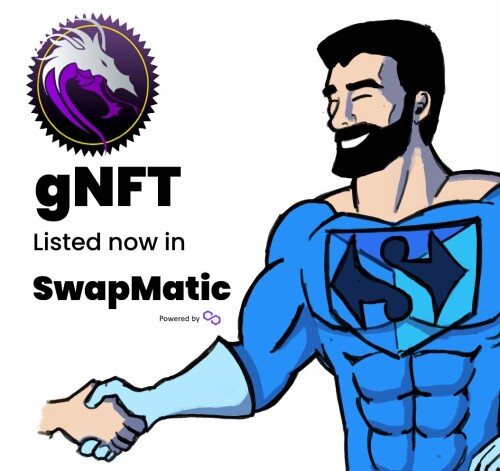 In collaboration with the team behin Pool Together; we've deployed an oracle-driven, automagical raffle drawing, which distributes prizes continuously, every two weeks. By staking your $gNFT tokens in the custom deployment of the Pool Together game contract, you'll be provided with $pgNFT tokens *(pooled gNFT) in a 1:1 ratio. Each of your $pgNFT functions as (essentially) a lottery ticket, but with one key difference. If you don't win the drawing, you don't lose anything. You retain your $pgNFT until you decide to reclaim the tokens that you initially deposited, which you're free to withdraw at any time. (withdrawing in the first 2 rounds [21 days] incurs a 10% fee, which is deposited to the prize pool.} Every 14 days, the contract will call a randomizer function from a blockhash oracle (on-chain verified randomness) and will distribute the prize to the lucky winner(s). Currently the contract is instructed to choose two winners, but may get reduced to 1 if there isn't many entrants. Prizes will vary each draw, and any person/project is able to sponsor the prize pool with NFT's (721) and/or erc-20's; which can be a great way to raise awareness of what you BUIDL'ing for very little effort or cost.


TO VIEW THE CURRENT PRIZE POOL, CHECK THE TIMER, OR DEPOSIT TOKENS FOR TICKETS VISIT THIS LINK.

I recently an article about this; but it was dictated to a less-than-ideal AI and I didn't have the energy to fix it all at the time; so I'll include it here. The first stage of gamification for the NFThub platform is called 'Non-Fungible Factions' and is meant to be somewhat like an RPG (we plan to expand on this over time). Additionally, it provides a fun, rewarding usecase for our token $gNFT, without needing to provide liquidity or spend the tokens you're HODL'ing.

Aspiring players can stake $gNFT to earn points based on the amount staked, and the duration the tokens have remained in the farm contract. Once enough points have accumulated, they can be redeemed for NFT's; which serve as proof-of-membership in the players choice of four opposing factions.

The chosen faction has no direct effect on the 'game' and is purely a matter of personal preference. By joining one of the four factions, the NFT owner will gain access to perform 'quests' (guided learning paths, or sponsored 3rd party content aimed at project awareness) that off varying token/NFT rewards. In addition to the individual rewards, every completed quest by any member of a particular faction will award that faction with "completion points". At the end of each season (exact time TBD) all members of the highest ranking faction will recieve an additional reward, and be etched into the annals of history as champions. Aside from the quests on the platform itself, the community discord will be updated to include private channels for each faction; which will require verifying their ownership of the corresponding NFT to enter.  Within these channels faction-mates will be able to coordinate efforts, plan mini-events, and form friendships built on the glory of competition.
*Each faction memebrship NFT from the Genesis series is limited to 100 total editions, of which 50 are currently available in the farm rewards. Any remaining in the farm at the end of June, when the quests are planned to officially begin, will be removed and placed for sale on Opensea (or in our internal marketplace, though we're undecided on creating one just yet). If all currently redeemable NFTs are collected before then, new ones (up to the total of 100 allowed by the contract) will be minted 10 at a time, and any unminted at the end of June will be minted, removed and burned.

THE STAKING FARM CAN BE FOUND HERE . AND IF YOU NEED SOME $gNFT HERE IS THE LINK TO GET IT FROM QUICKSWAP

I won't go deep into details, but there are a couple other notable mentions (the info for which will be in our discord or other social channels) :

> Longer-term, we're likely to expand our token / NFT's cross-chain (we already have NFT contracts on polygon / BSC
> We're planning to do curated drops for emerging artists, as opposed to the elitism displayed by platforms like Nifty Gateway, and more recently by Origin and Crypto.com

> $gNFT is a listed token on communitygaming.io , where we're setting up an e-sports team, and will be hosting a pokemon showdown tournament at the end of this month.

WE'RE AIMING TO EXPAND THE TEAM : WE'RE PRE-REVENUE AND SELF-FUNDED, BUT IF YOU'RE PASSIONATE ABOUT NFT'S AND WOULD BE OPEN TO DISCUSSING AN ARRANGEMENT INVOLVING A PORTION OF THE ALLOCATED TEAM RESERVE OF $gNFT, FEEL FREE TO REACH OUT TO US AT [email protected] - OR CONTACT BRUCE VIA TWITTER @xbrucethegoose | PRIMARILY WE NEED A WEB-DEV AND A SOLIDITY DEV, BUT BASED ON RECENT INQUIRIES, AND THE LACK OF ANY DIRECT COMPETITION, WE'RE EXPECTING TO PICK UP STEAM FAST ONCE WE START MARKETING.

Nothing contained herein is to be taken as and kind of advice or endorsement; legal, financial, professional or otherwise. $gNFT (the getNFT blockchain token) is not an investment vehicle, nor is it a promise of equity, revenue share, or a store of value. $gNFT is a tokenized loyalty/rewards system for the NFThub community and userbase, and any exchange or use for any purpose outside of the NFThub ecosystem is done so of the participants own volition, and at their own risk. Blockchain and cryptocurrencies are still very nascent technologies, and laws/regulations vary by jurisdiction. Always do your own research and understand the involved risks.