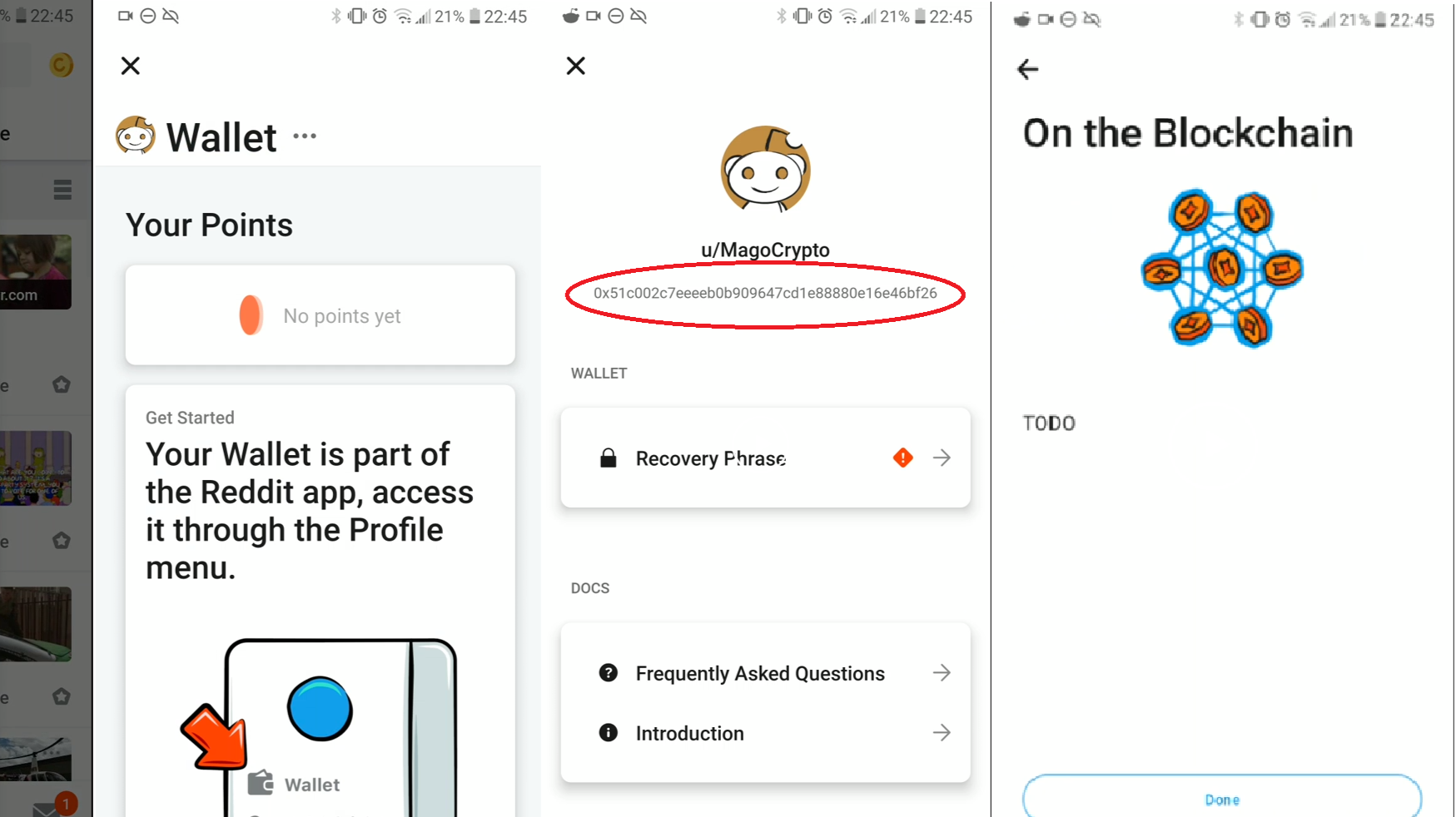 Is Reddit Using Ethereum Blockchain for a New Points System?

On April 8, a Reddit user, MagoCrypto, has unearthed what appears to be a new crypto-related feature on the platform’s Android app. The Redditor posted a video that showed a “wallet” function with an Ethereum address linked to it, as suggested by the address.

Those that do have this feature will notice a ‘wallet’ tab. This wallet section includes a recovery phrase, introduction and FAQ section. The latter itself includes several interesting resources on the subject, including tipping, memberships and an ‘On the blockchain’ section.

Redditors, who are no strangers to cryptocurrencies (in fact, it is already possible to tip them with BAT, a feature that the Brave team implemented last year), seem quite happy with the development, though some have stated that this may be a marketing gimmick that in reality requires no blockchain. Others have countered by saying there is a lot of possibility with the implementation of smart contracts - including being able to swap points for ERC-20 tokens, which could introduce a giant swathe of Redditors to cryptocurrencies.

This seems to be something that’s very much in development, so users will have to wait for the official confirmation to get all the details. While it’s too early to form a conclusion either way, if Reddit were to implement such a feature, it could lead to a sizable win for adoption, as the “front page of the internet” has many hundred millions of active users.