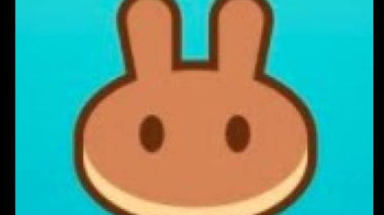 No, this post isn't about The Waffle House, or IHOP, it's mostly poking fun...

It's a funny name... Pancake Swap.

It's not too odd seeing that there is a Sushi Swap..but still.

I have always wondered where folks get names for their business.

Did they eat at a Denny's restaurant and ordered pancakes...WAS it IHOP where they got the idea?

Pancake Swap...I can't make heads or tails of it.

The image is a bunny with a head that looks like a pancake. Why a bunny?

I don't have anything against rabbits, I actually like them, and raised them when I was younger, and yes, sad as it is, we were kind of poor and we ate some of them...😵

Why a rabbit? Why not a pancake headed badger...badgers are funnier, to me anyhow, than rabbits.

Does it have to do with staking and baking like tezos? Is that why it's a pancake? But you don't "bake" pancakes, you cook them.

Look, I'm just playing around, so don't take any of this seriously...

Have fun with the pancakes swaps, but don't forget to feed the rabbits...