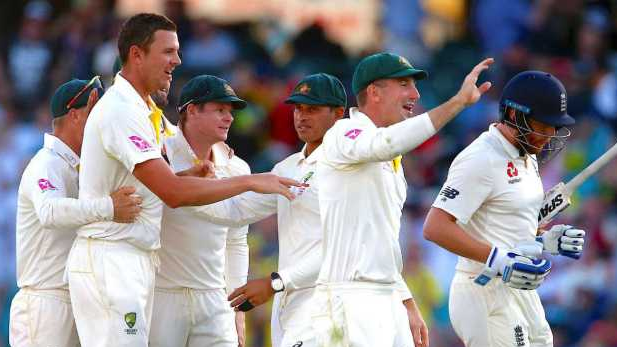 The last Test of the 5-match Test series of the Ashes has started today. Australia won the toss and decided to take the ball. England were playing well from first. But I didn't play so well afterwards. Their first wicket fell to 27 runs. Has been playing pretty well since then. But they lost 5 wickets from 170 runs to 226 runs. At the end of the day, with the loss of 8 wickets, the first day of the game with 271 runs. Batting jos butllar and jessic leach. Jose Butler is at 64 and Leach is at 10. By far the highest score for the team so far was Jess Butler, joe root 57 and burns 47 runs. For Australia, the mitcell marsh took five wickets. Pat commins and hezilwood took two wickets each. Today, a total of 82 overs have been played. If England can win this match then the series will be a draw. Because Australia 2-1 has to go. But England are playing on the ground. They will be playing well as the series draws. And Australia will want to return home to win the series. Let's see who can win in the end. Until the first day, both parties are equal. Can't say who will win in the end.