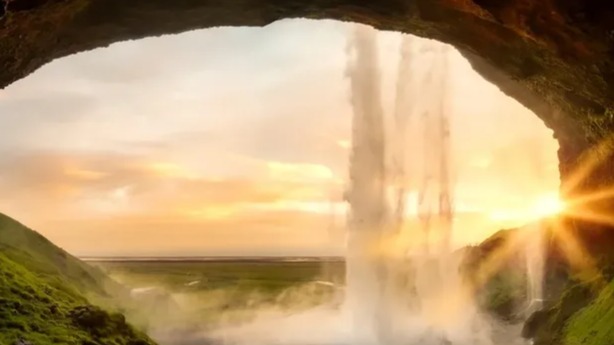 The ancient Greek philosopher Plato argued that we should look beyond what is seen and what is perceived. According to him, the objects we saw with our eyes consisted of imperfect reflections of universal ideal forms.

In his famous allegory of the cave, Plato depicted three prisoners held in chains inside a cave. Because the prisoners are bound, and their heads are fixed, they can't look anywhere but the cave wall opposite them. A fire burns behind them, and people outside the cave carry things like animals, plants, trees on their heads along a walkway. Imagine that you are one of the prisoners. You can't look right or left. You have to look at the cave wall in front of you. As people walk along the walkway, their shadows appear on the opposite wall of the cave. Since the prisoners have been in the cave since they were born, they do not know the real world. Because they have never seen the world outside, they think that the shadows of objects are real.

One of the prisoners escapes from the cave. When he discovers the world outside the cave, he initially doubts the reality of what he saw. As he gets used to his new surroundings, he realizes that his perception of the old reality is wrong. He begins to understand his new world and sees that the sun is the source of life. Discovers beauty and meaning. He returns to the cave, thinking how meaningless and boring his old life was. He'll tell the other prisoners what he knows. The prisoners do not believe him and say they will kill him if he tries to free them.

The artist does not settle with everyday life but tries to build new worlds to create the reflection of universal ideal forms. In Plato's time, the fictional reality was created by sculpture and theater. Later, the art of painting flourished, and with the Renaissance fueled by ancient Greek philosophy, it made great progress.

Religions are an important alternative to art in the way of creating universal ideal forms. Christianity made use of the emotions created by painting and sculpture to express transcendental values. Churches served as a center where works of art were displayed. Islam also used art to express transcendent feelings, but only abstract, figurative elements were used in mosques. In the Wahhabi faith, the most bigoted interpretation of Islam, art is completely banned. When the holders of this faith seized power, as did the Taliban in Afghanistan and ISIS in Syria, they went on destroying architectural and artistic works.

Until the 19th century, painting, theatre, sculpture, and architectural works were only visible to the naked eye. Therefore, a limited number of people could benefit from artistic beauty. The camera was invented at the turn of the 19th century.

In 1895, the Lumiere Brothers held their first commercial film screening in Paris. The first films were silent, black and white, and their duration was less than 1 minute. In 1927, the first sound film titled The Jazz Singer was shown by the Warner company. By the end of 1929, the entire industry had moved to sound films. Cinema and music have become industries with the help of technology, and now large audiences have access to works of art.

Cinema was pleasant, but it did not depict all that was imagined, as in literature and painting. Although various visual effects began to be used in the early years of cinema, what was shown had to be largely real. In the 70s and 80s, with the help of computer technology, visual effects technology developed and expanded the horizons of cinema. On the cinema screen, now the audience had the opportunity to watch images consisting of almost pure dreams. But cinema still had a shortfall. The audience could not be directly involved in the events, just watching the heroes on the cinema screen from the outside. At this stage, computer games came into play. In computer games, the hero's actions on the screen can be determined by the viewer, and the player is at the center of events.

Consumers also appreciate the possibilities of computer games. In 2016, the film industry's box office revenues were $ 38.6 billion. By comparison, PC games alone grossed 34 billion. Besides, console games generated $ 30 billion, and mobile games generated $ 40 billion in revenue. As the years go by, the difference opens up in favor of games. In 2019, the film industry was estimated to have grossed $ 47.1 billion, compared to the $ 152 billion generated by the gaming industry.

New generations are more than happy to spend time in the worlds created through video games. Although my son and I have different game tastes, we are united in the love of Starcraft. We enjoy spending time in the pure fantasy worlds of the Protoss, Terran, and Zerg races. This growing virtualization brings with it the risk of alienating ourselves from everyday life. Families complain about not being able to see their children's faces. Parents are concerned that children lost in the fantastic universes cannot fulfill their responsibilities.

According to Plato's cave allegory, whether computer game enthusiasts are inside or outside may vary by interpretation. In recent years, we have used the word digitalization instead of virtualization, and our minds are not as clear as they used to be about what is virtual and what is real.