Zilliqa | A more than 440% bullish move, correction rally and a bullish reversal pattern 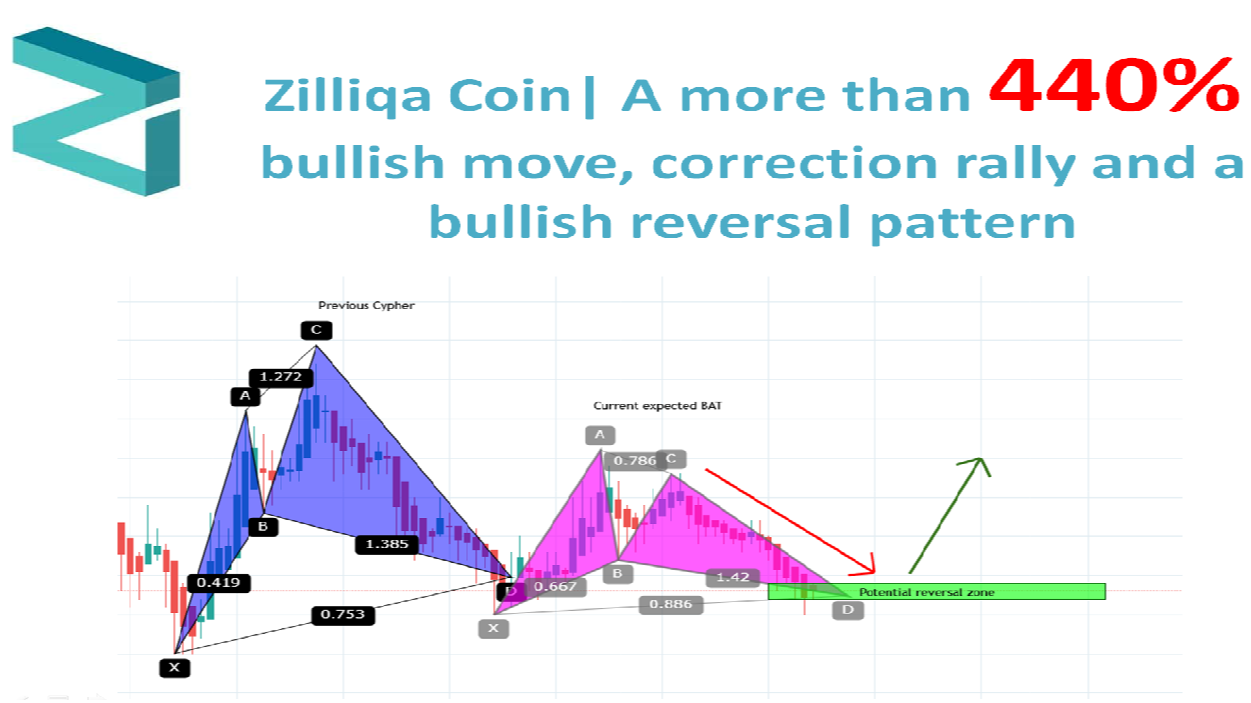 Zilliqa | A more than 440% bullish move, correction rally and a bullish reversal pattern

Hi friends hope you are doing well and welcome to the new update on Zilliqa coin. Zilliqa has surged more than 440% and in today's article, we will try to understand how this coin completed the setup before this bullish move and what the price action can do next?

A formation of big pennant:

The price action left the pennant directionless and moved sideways from September 2019 to April 2020. And finally took a powerful bullish divergence and produced more than 440% bullish rally. If we place the Fibonacci tool from the tail of the pennant up to the support of 0.00000055 sats then the sell targets would be as below:

The above is the projection tail of the pennant to the support of 0.0000055 sats.

After taking the first bullish move this is first time the price action has started a correction rally. Therefore this drop was required for the healthy bullish move. Therefore we cannot consider it as a big drop unless it will not cross down the 0.786 retracement level.