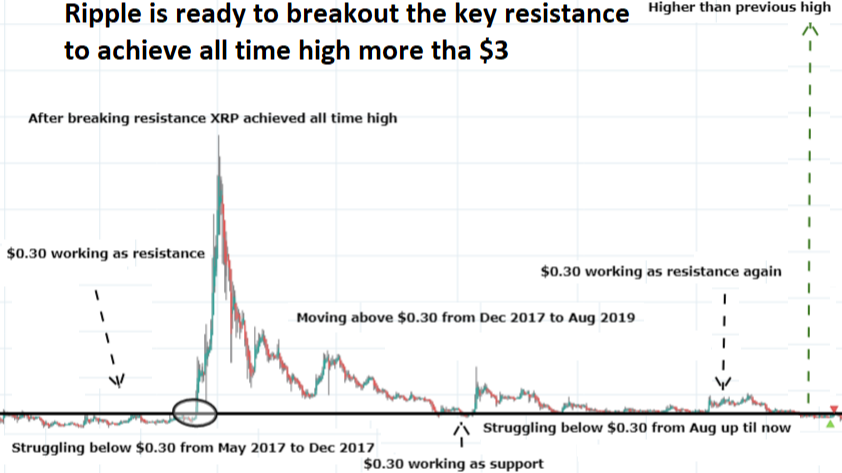 On day chart volume oscillator was showing powerful value of 18.66 and more than 51% volume was increased and strong green bullish candle stick was showing the power of bulls.

A screen shot of trade volume from coinmarketcap 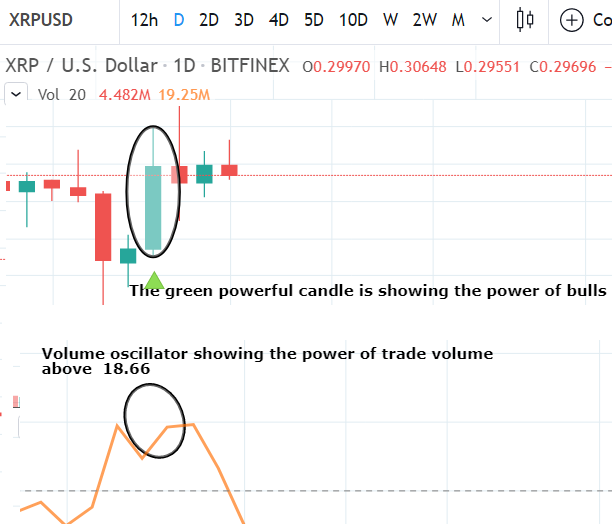 Every one was expecting that when the Bitcoin will take bullish divergence then Ripple will show more strong move but when on 26th  Oct the BTC was making green the XRP was showing red candle and after hitting a spike above $0.31 moved down and the happiness of many traders crumbled.

Lets have a look behind the scenes.

If we move back to 2017 the it will be revealed that we have a very strong key resistance level at $0.30.

As per Bitfinex chart the Ripple has been struggling below $0.30 from May 2017 to Dec 2017 then it broke out this level on Dec 2017 and accelerated well and achieved all time high price then moved down and has been floating above $0.30 from Aug 2018 to Aug 2019 because the same resistance level was now playing the role of support.

Now the priceline has broken down this support and this level is again working as resistance and the price action is struggling below this resistance again for the breakout and on 26th Oct there was a second attempt by the price line to breakout this key resistance, this is also a strong human psychological resistance as it has been always playing active role of resistance and support since 2017.

If we look at week chart then it reveals the XRP formed a symmetrical triangle in 2017 and when it came at the end of this triangle a golden cross between exponential moving averages EMA 10 and EMA 20 triggered bullish divergence and compelled the price action to breakout triangle's resistance which led towards all time high price, almost same as like that price line is moving within a triangle but this time the triangle is descending and the price action is almost at end of this triangle and EMA 10 and EMA 20 are likely to form golden cross which can again lead the XRP price to breakout the resistance of triangle and definitely this breakout will also lead the price action to break the $0.30 key resistance level then XRP can again achieve higher than the previous high position.

It does't matter if you buy Ripple at bottom of this triangle or top coz after this break out we can see Ripple leading the top 10 cryptocurrencies in bull rally.

Disclaimer: Every word and figure of above article is purely result of my personal research and work you can share it using my reference moreover the information contained in this article is for education purpose only, this is not intended to be investment advice, so please seek a duly licensed professional for investment advice. 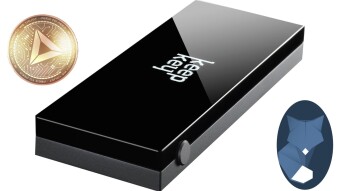