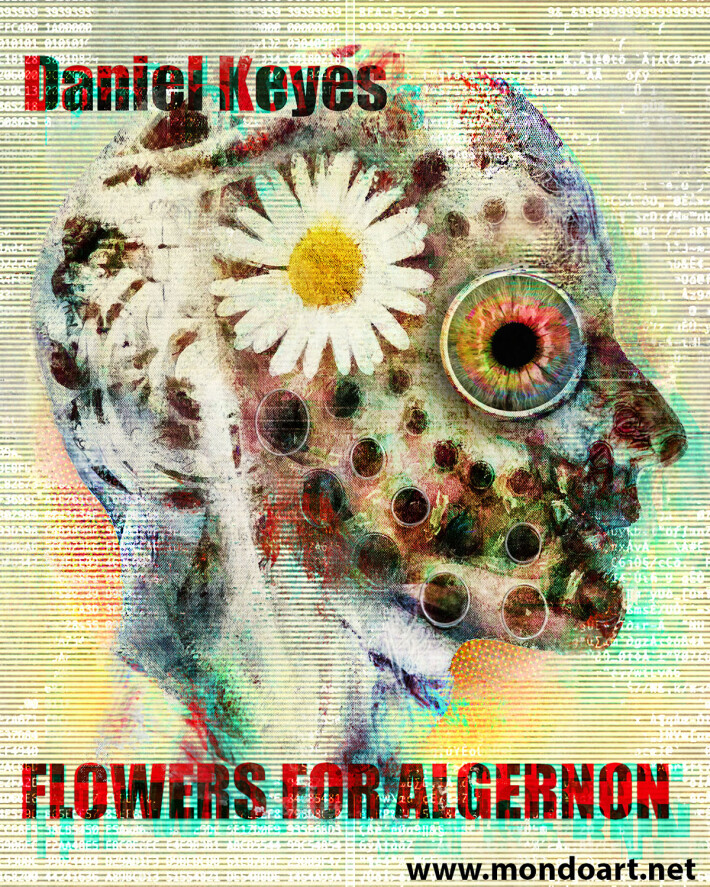 Flowers for Algernon is the title of a science fiction short story and a novel by American writer Daniel Keyes. The short story, written in 1958 and first published in the April 1959 issue of The Magazine of Fantasy & Science Fiction, won the Hugo Award for Best Short Story in 1960. The novel was published in 1966 and was the joint winner of that year’s Nebula Award for Best Novel (with Babel-17).

Algernon is a laboratory mouse who has undergone surgery to increase his intelligence. The story is told by a series of progress reports written by Charlie Gordon, the first human subject for the surgery, and it touches on ethical and moral themes such as the treatment of the mentally disabled.

Although the book has often been challenged for removal from libraries in the United States and Canada, sometimes successfully, it is frequently taught in schools around the world and has been adapted many times for television, theatre, radio and as the Academy Award-winning film Charly. ¨Wiki¨