I covered in the past the rise of many platforms, tokens and ecosystems, such as OX, OmiseGo and the Aelf Project, highlighting the strong points and why they will have a word to say in the future of the crypto-community. However, some will go further and become major forces in the market, maybe because of the unique selling point while others will benefit from a strong support from the government, such as China's support for NEO.

The tipping point of this discussion is whether China's cryptocurrencies will challenge the Bitcoin and the traditional coins (Dollar, Sterling, Euro) in the future. 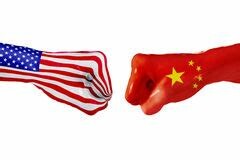 China is fighting for supremacy in every single domain, and the Chinese people are no strangers to cryptocurrencies and digital payments. In the big cities, such as Beijing or Shanghai, it is easier to shop with pay apps than with yuans, and as the next step of financial evolution, the Chinese government is now trialing a program for an official digital version of its currency. The trials and tests will conclude before the Beijing Winter Olympics in 2022, when hopefully the program will become available for everyone, and will make financial transactions swift. As a direct result, the virtual yuan could bolster the government’s power over the country’s financial system and one day maybe even shift the global balance of economic influence.

The trial started small in April, with a limited roll-out in the cities of Shenzhen, Suzhou, Chengdu, and Xiong’an. The city of Xiong'an is a new “smart” city in the making, southwest of Beijing, conceived by Xi Jinping, China's President.

China’s digital cash is designed to be an electronic version of a banknote, or a coin, and will be used from a digital wallet, on the smartphone. As most money that gets swapped around electronically between accounts at different banks, the virtual cash would be quicker and easier to use than the paper ones.This will make the Chinese government have a level of control which was never possible with physical money. The governmental program will  potentially compete with two of China’s most successful tech giants, Alibaba Group and Tencent Holdings, which are backing Alipay and WeChat.

The payments for consumption using big tech companies’ mobile apps represent 16% of gross domestic product in China, compared with less than 1% in the U.S. and U.K. The rise of independent cryptocurrencies such as Bitcoin and Ethereum, have created the danger that a huge swath of economic activity will occur out of the view of policymakers.

In the past years, China cracked down on the use of such coins but was quick to see some potential in the basic idea ,if they had some control. China started studying issuance of its own digital unit as far back as 2014. While a digital currency is likely years away from a national roll-out, China’s moves have triggered concern about a new threat to U.S. financial dominance.

US Former Treasury Secretary Henry Paulson has written about  China’s plans to threat to the dollar’s status as the world’s preferred currency, and he said that this is not a serious concern. This may change with the creation of the digital yuan, even if the dollar will remain widely trusted, while crude oil and gold are still good options. When the new denomination is up and running, individuals will be able to exchange it using digital wallets. They won’t need to have bank accounts. That could make it accessible to the 225 million people in China who have no access to the banking system, in rural areas, making the distribution and exchange of money faster and reducing fraud.

The PBOC, China’s central bank, would be able to see where the money goes. The PBOC has also indicated that it could put limits on the sizes of some transactions, or even require an appointment to make large ones. Some observers wonder whether payments could be linked to the emerging social-credit system, wherein citizens with exemplary behavior are “whitelisted” for privileges, while those with criminal and other infractions find themselves left out.

Even if digital currency takes off nationally, it’s still unclear whether it would be allowed move across borders. Foreign-exchange transactions currently can take a business day or two to clear but the widespread digital yuan could encourage countries and people overseas to get on board with China’s technology and currency.

Da Hongfei, founder of blockchain platform Neo, says the central bank could split part of the digital currency for use outside of China, much as it did with the offshore version of the yuan in currency trading. Once the national roll-out begins, things will escalate quickly because over 80% of smartphone users in China regularly pay for transactions on their devices, the highest rate in the world.  The test will be whether Chinese consumers will trust the new cash technology and the power behind it.

NEO, China based cryptocurrency, formerly ANT Shares and ANT Coins is constantly growing in value and trust, and the support from the Chinese Government will create greater opportunities. Time will tell if NEO, the digital yuen or a new Chinese-based token will  challenge Bitcoin's authority and the USD global acceptance.

The China’s Center for Information and Industry Development has published in 2020 the latest crypto project ranking. All the projects were evaluated and ranked overall and the most interesting ones obtained governmental financing. Industry experts predict that China could start rolling out its state-backed digital currency as early as the end of 2020, and Government grants have been set up to help block-chain projects. The Guangzhou’s city government launched a 1 billion yuan  subsidy fund to support development of the block-chain industry. 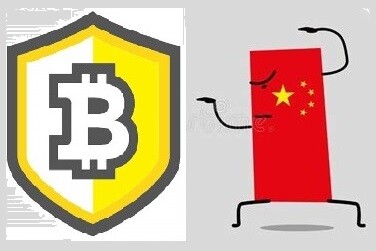 Furthermore, the U.S. is falling behind in the race for dominance in block-chain, and the Chinese Government is trying to get ahead. The state-issued digital currency would help the Chinese government fight issues like counterfeiting and product safety, expanding the yuan's power and acceptance. The ultimate goal will  be to challenge USD global acceptance. In the race for dominance, China's block-chains will challenge Bitcoin's  number one position in the crypto-market.

OmiseGO, the OMG token and how they will upgrade the public financial system