Well ... never say never ... specially when you can earn money! I didn't played Axie Infinity when it started and when the whole thing exploded, it was to late to join as the prices went crazy. I just added Axie Infinity to the list of missed opportunities.

But since last week, Axie moved from the list of missed opportunities to the list of things I joined late, such as Splinterlands, CakeDeFi, ReadCash, LeoFinance or DeFi. This was possible because my brother, who is a legend, donated a full team of Axies so I can start playing.

I like simple things and installing Ronin Wallet, linking it to Metamask, install Axie Infinity... was way to complicated for a game. I managed to set up everything and than jumped straight into the game. If you know me at least a little, you probably know I didn't watch any tutorial, didn't read any guide because "how hard can be a game to lose my time to read about it?". I launched the game, set the team as my brother instructed me and I was ready to play! 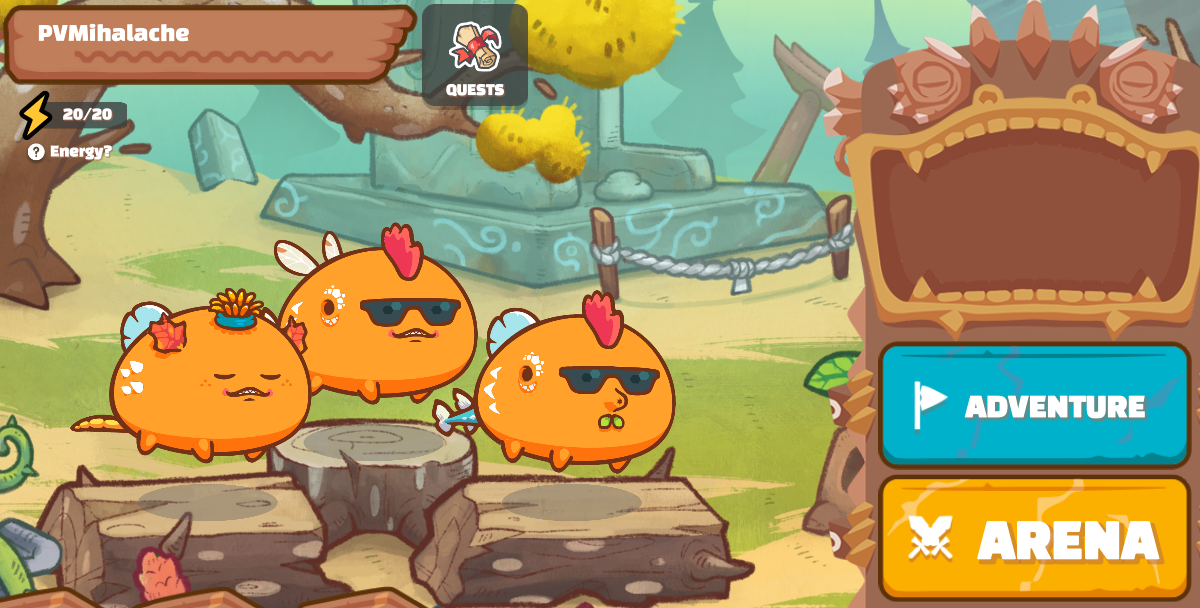 Axie started in 2018 as a combination of block-chain battles in a Pokemon-inspired universe and evolved massively since then. Axie Infinity Shards (AXS) is the ERC20 token that powers the Axie Ecosystem and the Axies are the cute little things that are fighting for glory. This fantasy creature can raise and bread, all having Health, Morale, Skill and Speed, depending on the class and body parts. Wait what? Are they some kind of Dr. Frankenstein experiment?

Each Axie is formed of six body parts (eyes, ears, horn, mouth, back, and tail) and the last four parts will determine which cards an Axie can use in battle. Classes are similar to the Splinters in Splinterlands, with strong and weak points against other classes.

The first thing I explored was the daily quest, where 50 SLP can be obtained for completing the three daily quests. The daily check in is a freebie and nothing must be done to complete this one while the 10 completed adventures can be obtained at any level. The real issue comes with winning 5 Arena battles as the energy I have is limited. From my 20 energy daily allocation, 10 will be used for the adventures which leaves 10 for Arena battles. This means I have to win half of my battles to complete the quest and this can be a nightmare. I won 4 fights in 7 games only to lose the last three.

I like the game and someone else noticed the game while I was playing. My little rascal watched me playing for a while and then he told me to let him play as he learned all the battle mechanics. I let him play the rest of the adventure battles until we run out of energy and honestly ... the kid has skills and top strategy in his head. While I was writing this article he demanded that his feedback to be added.

"The 1st day I played Axie Infinity, even if I lost or won, I kept playing and trained. I got stronger and stronger while my Axies evolved to level 5."  Dennis - 6 years old

What is my strategy with Axie Infinity? It's obviously a good Play2Earn opportunity and will be added in my daily routine, whenever possible. Dennis is happy to join the fun so he will be my sidekick in this journey. I spent about 1 hour in the first day, doing the adventures and arena matches, and I assume the time will grow as the adventures will get more difficult. One month from now I will analyze the SLP gains and profits, adding the time spent playing, to see if Axie is a good Play2Earn opportunity. 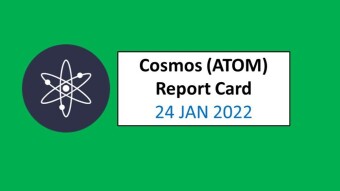 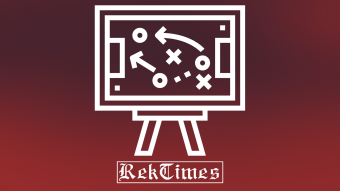