Is Doctor Who only for British?

Doctor Who is one of the longest running TV series in the world with 57 years of existence. The Doctor's adventures started in 23rd of November 1963, then the pilot episode, An Unearthly Child, was aired on BBC. The episode introduced a mysterious pupil, Susan Foreman, and her grandfather, the Doctor. It was recognized by the Guinness World Records as the longest running science-fiction series in the world.

Since then 862 episodes have been broadcast which will lead to 17 days,15 hours and 15 minutes of non-stop binge watching. However, not sure about the series success outside the United Kingdom! I am a sci-fi fan and watched many obscure TV series but never heard of Doctor Who until moving in London. I only seen one Doctor Who Christmas Special some years ago and I know that the actor who plays the Doctor is changed quite often. 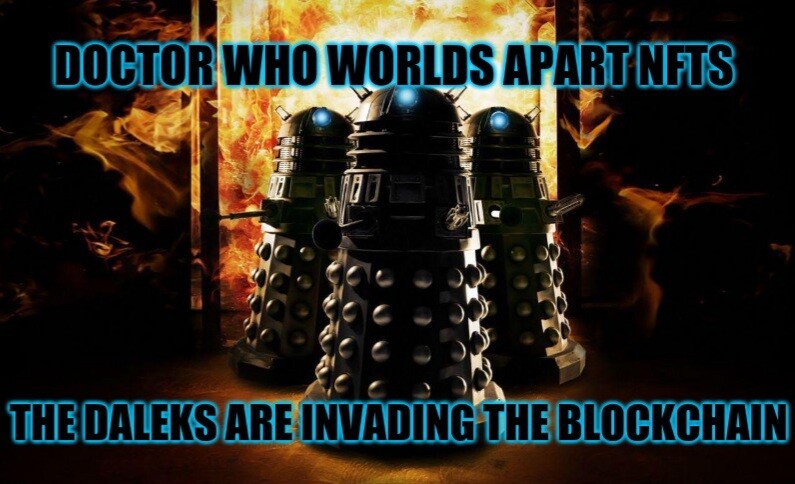 BBC made an unexpected move and announced the Doctor Who Worlds Apart trading cards game. All the characters from the Doctor Who universe will be immortalized in NFT trading cards, available for pre-purchase or trading. The NFT cards will be part of a PvP turned based PC game. 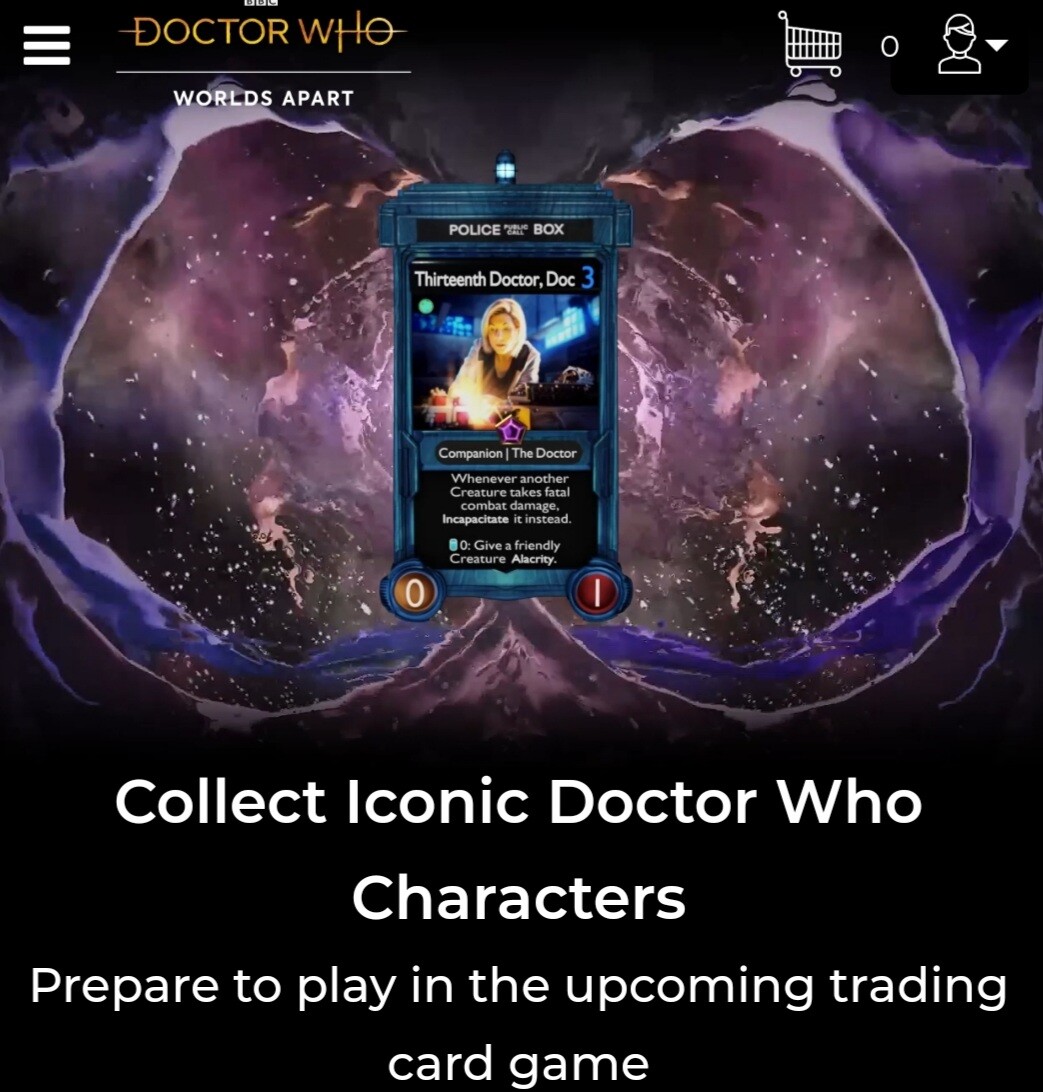 BBC partnered with Reality Gaming Group to create over 200 digital trading cards based on characters, iconic scenes and objects from the TV series. Fans of the show can visit the Doctor Who Worlds Apart website and buy different packs, containing between five and ten limited-edition cards. All cards have hand drawn images with various rarity levels and 13 different cosmetic card frames. Each Doctor Who card will be minted, secured and protected on the blockchain. The NFTs will be both functional and collectible. 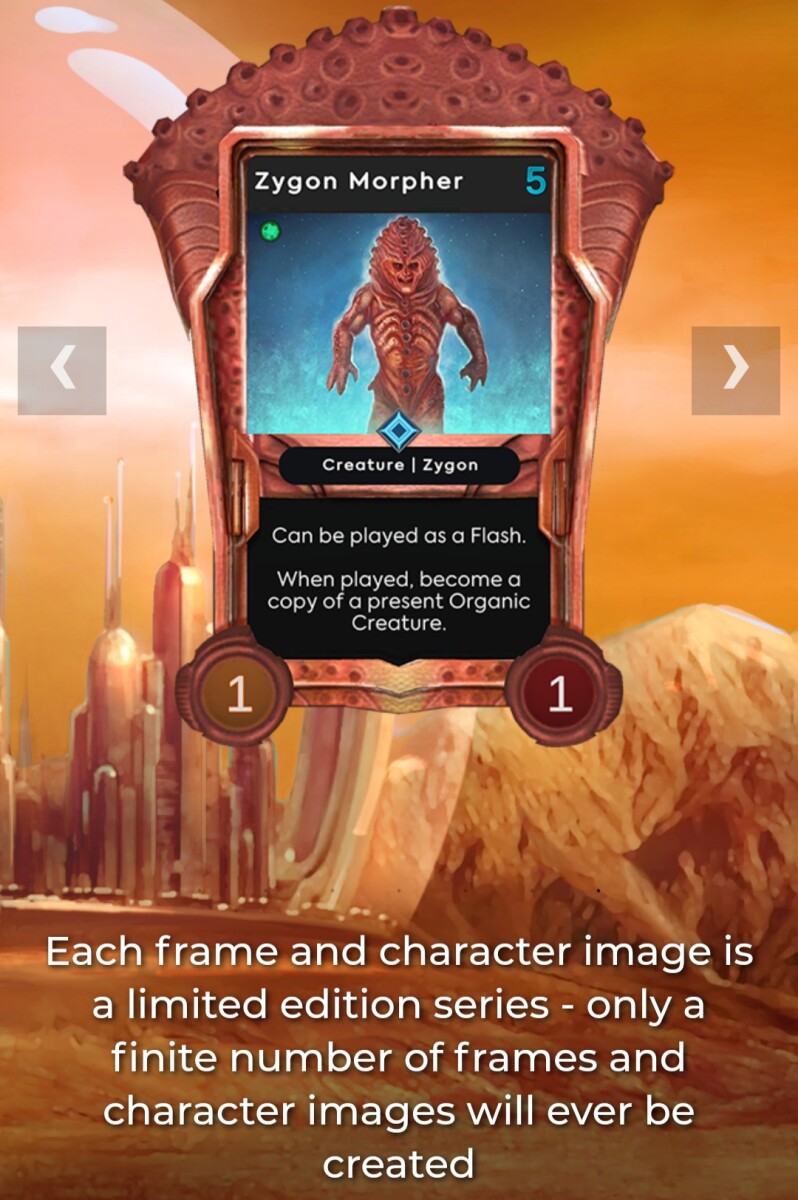 We are tremendously excited to be working with BBC Studios to bring Doctor Who’s huge global community an exciting new digital experience based on a pastime we all know and love – trading cards.  - Morten Rongaard, Co-Founder of Reality Gaming Group

Prepare the popcorn as we're getting ready for a treat! How do I know? I had a look at the Doctor Who merchandise sales and 4,500,000 Sonic Screwdrivers were sold between 2010 and 2020. Over 13,000,000 figures and toys were sold since 2005 and watching closely how the NFT market expanded in 2020, will be no wonder if Worlds Apart will become a world wide sensation. The game will be launched for PC, which kinda kills the vibe, but it says that the mobile version will follow shortly. 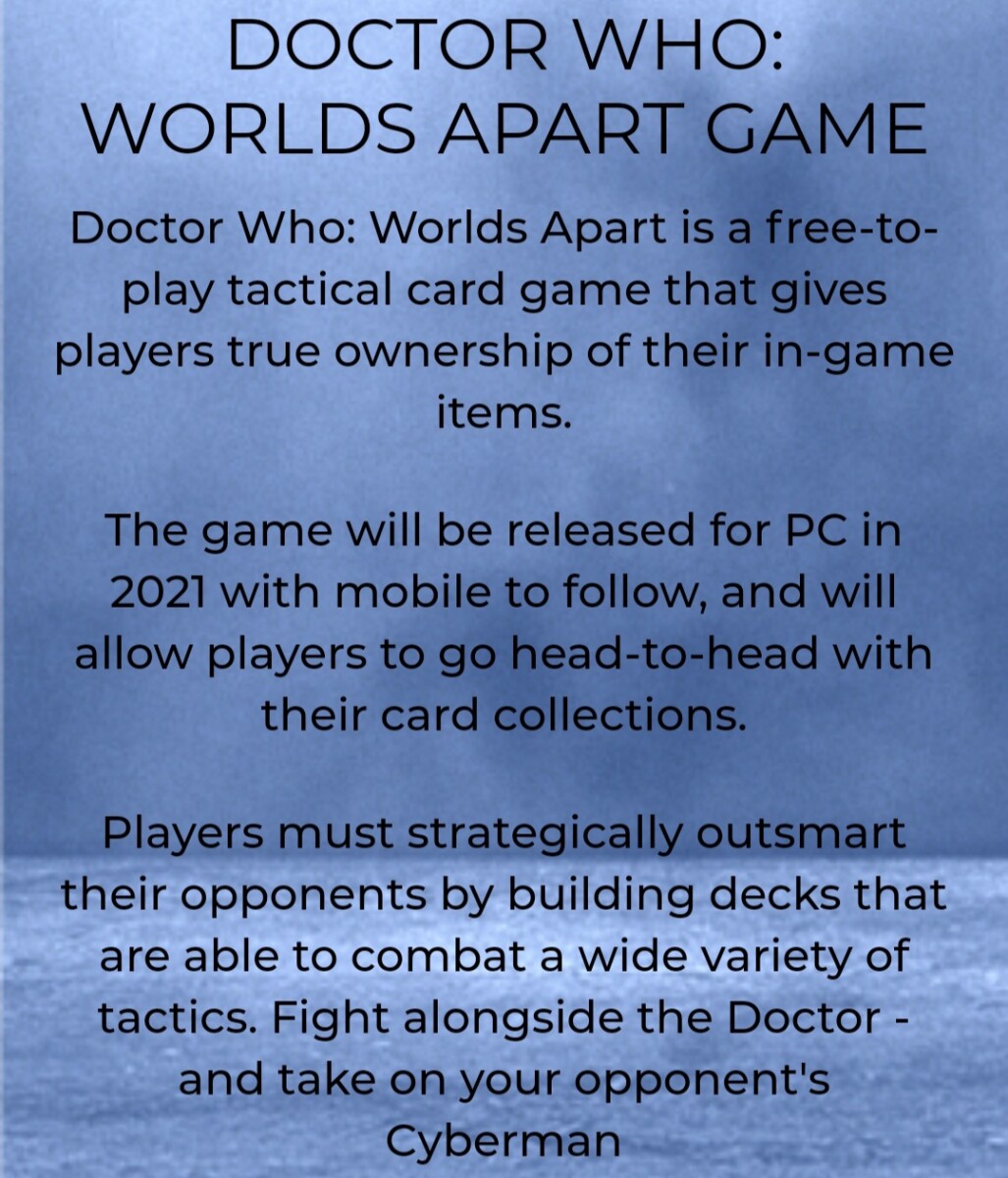 How to earn Doctor Who Worlds Apart packs for free!

Doctor Who Worlds Apart has a daily login system that awards 10 Pandaks daily. Users can invite friends to win 10% in Pandaks when the referral will purchase NFT packs. Pack can be paid using the token, with an exchange ratio at 100 Pandaks per $1.

Pandak was one of the Time Lord Society founders and was called Pandak the Original because many Gallifrey Presidents were named after him. The Gallifrey currency was named pandaks. 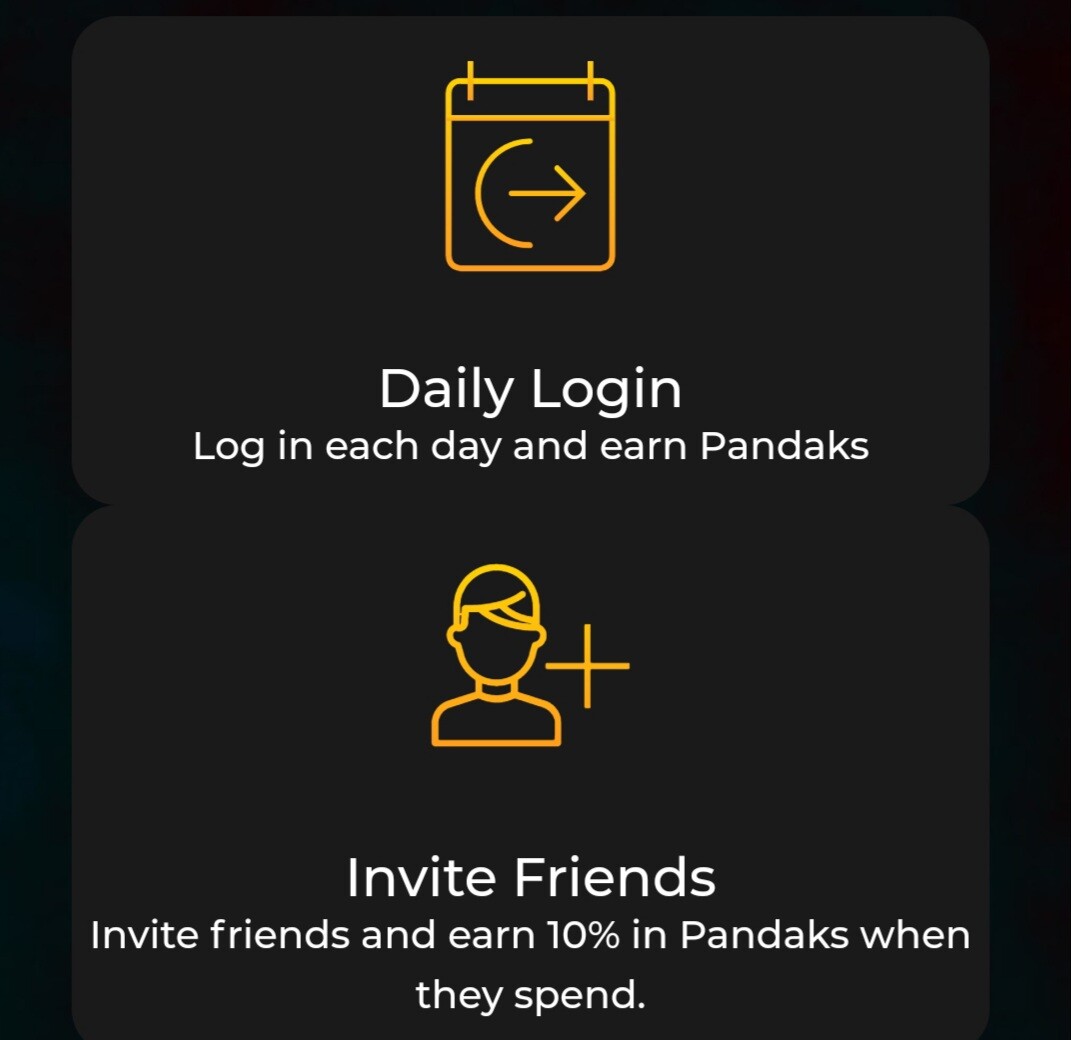 The Tardis Pack is the most valuable pack from the collection. Each pack contains a random selection of 10 cards, with a 50% - 50% guaranteed Tardis and White-Point Star frames. One pack costs $196.30 and discounts are available for buying more than one pack. 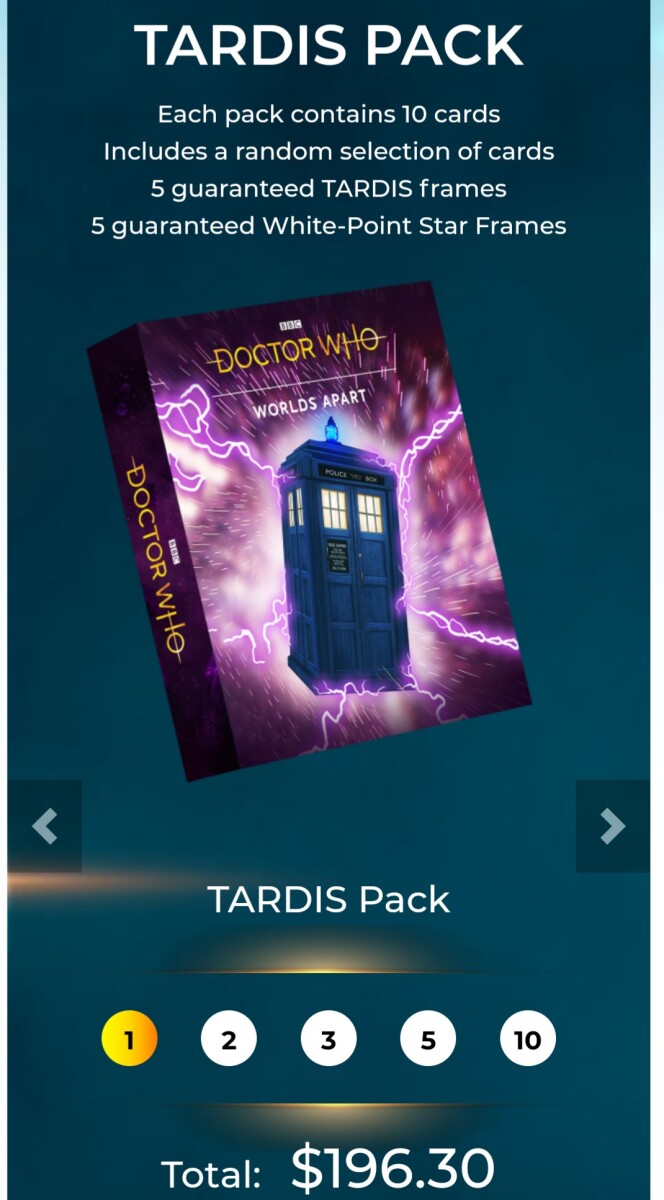 The Clones and Metamorphs pack contains 10 cards of random selection. Half will be in the Zygon Frame and the other half in Sontaran frame. Each pack costs $49.99 and has a limited supply. 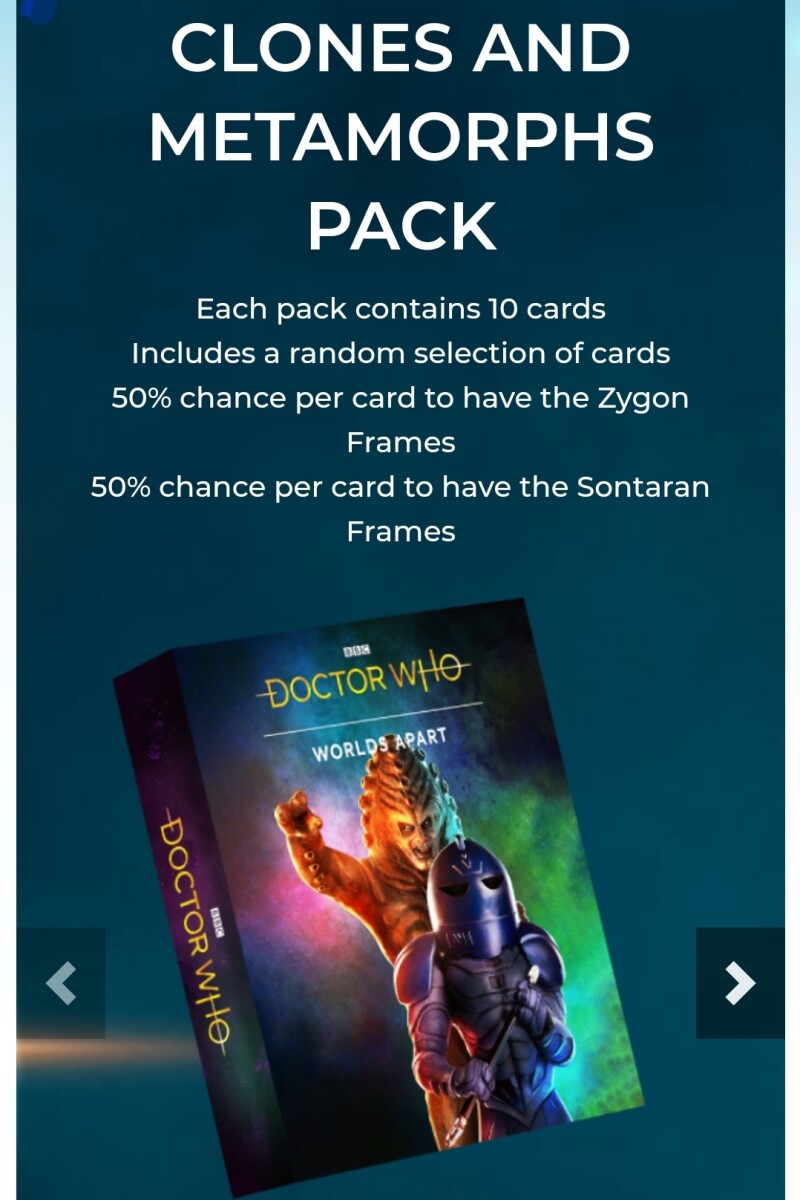 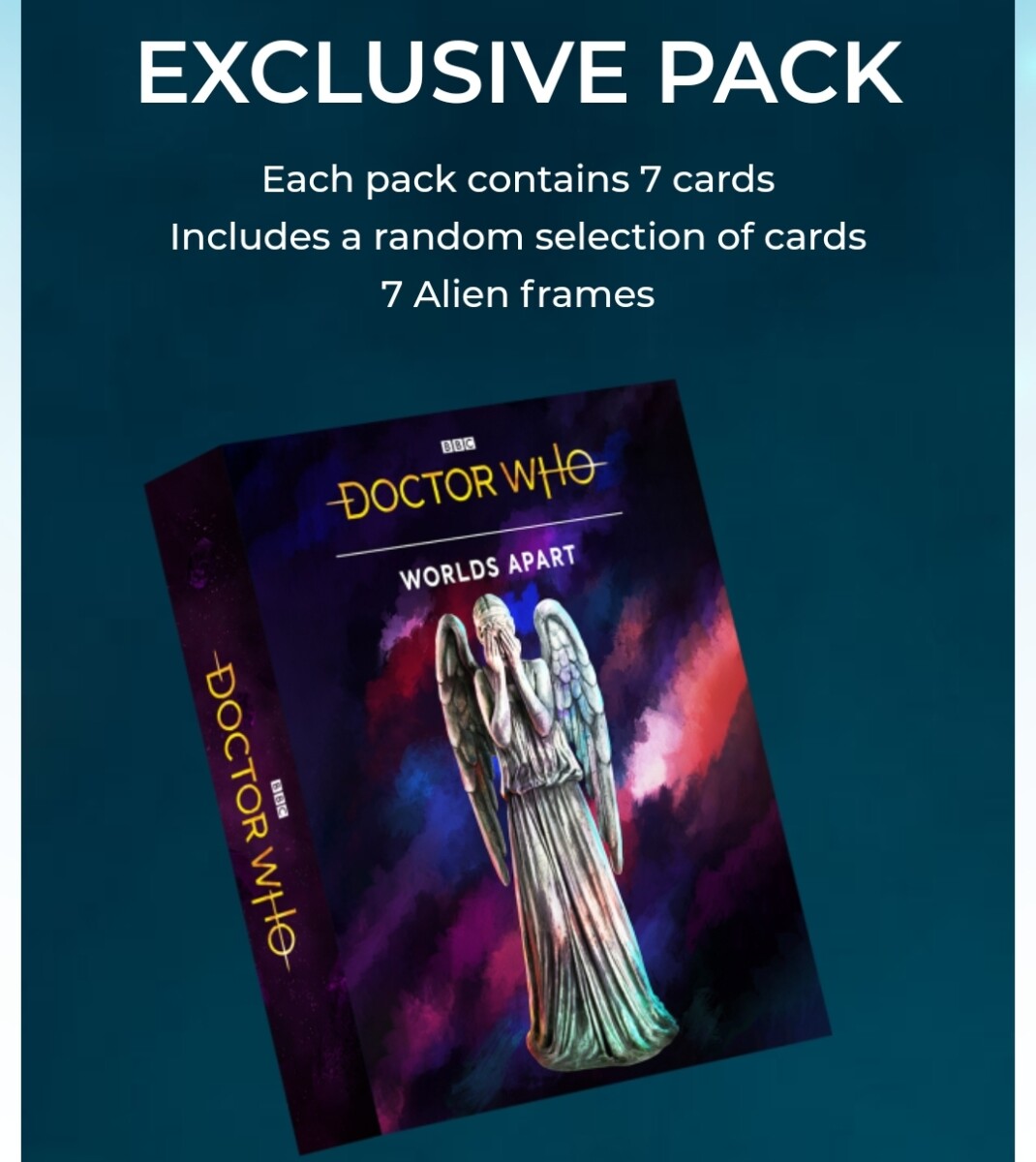 The Premium pack can be purchased for $12.99. Each pack contains 6 random cards, in a mix of Core and Alien frames. One card will have a guaranteed TARDIS frame. 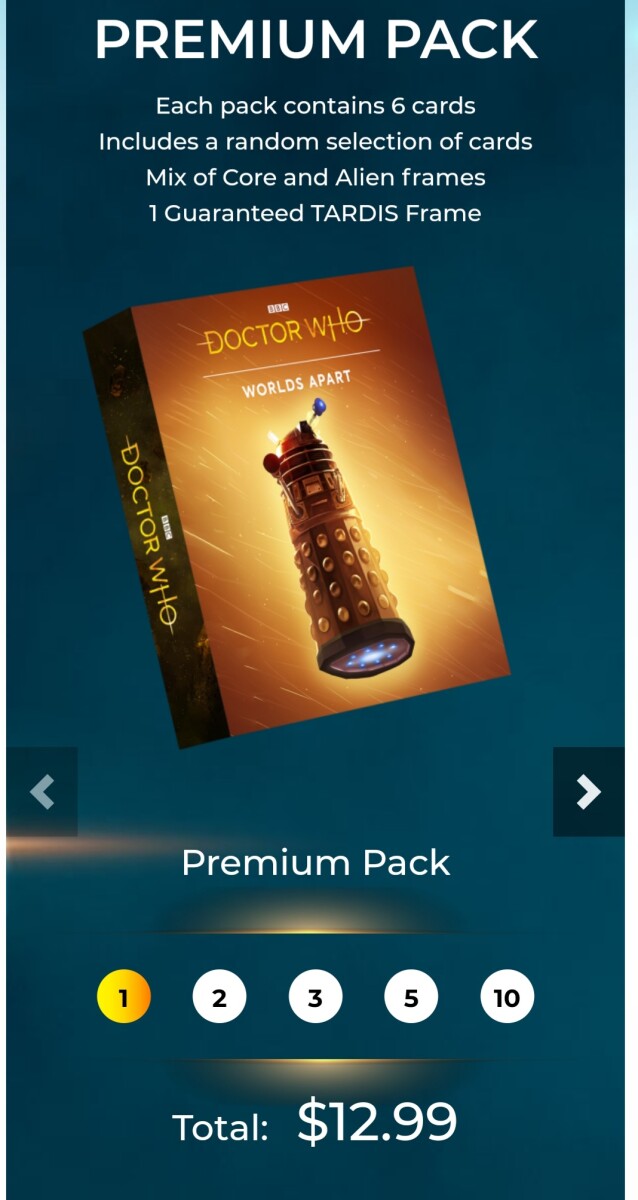 The Core Pack can be bought for $4.99 and contains 5 random cards with Core frames. I am sure that the frames will make cards more valuable and the NFT market will go crazy once the pre-sale will conclude. 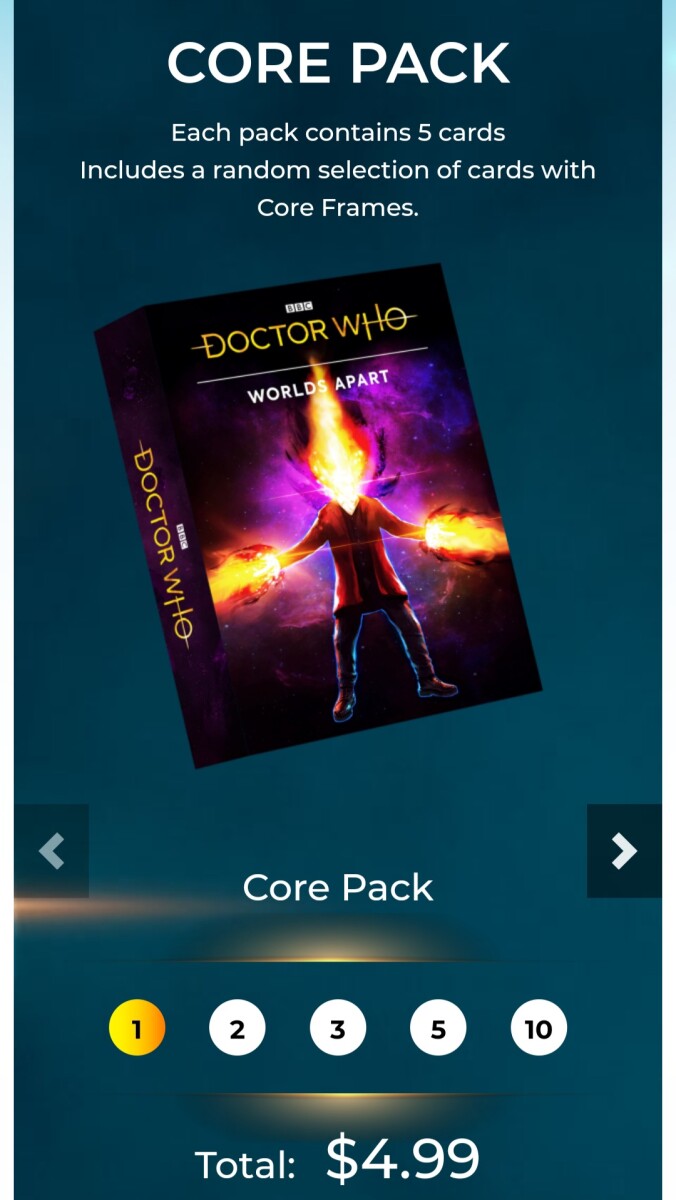 Revolution of the Daleks is the cheapest pack, costing only $2,99 (or 300 pandaks). This pack contains 5 cards in standard frame. The cards in the pack are: Captain Jack Harkness aka Jailbreaker, Dalek Defence Drone, Dalek-Controlled Yaz, Jack Robertson - the Drone Dealer and the Thirteenth Doctor. 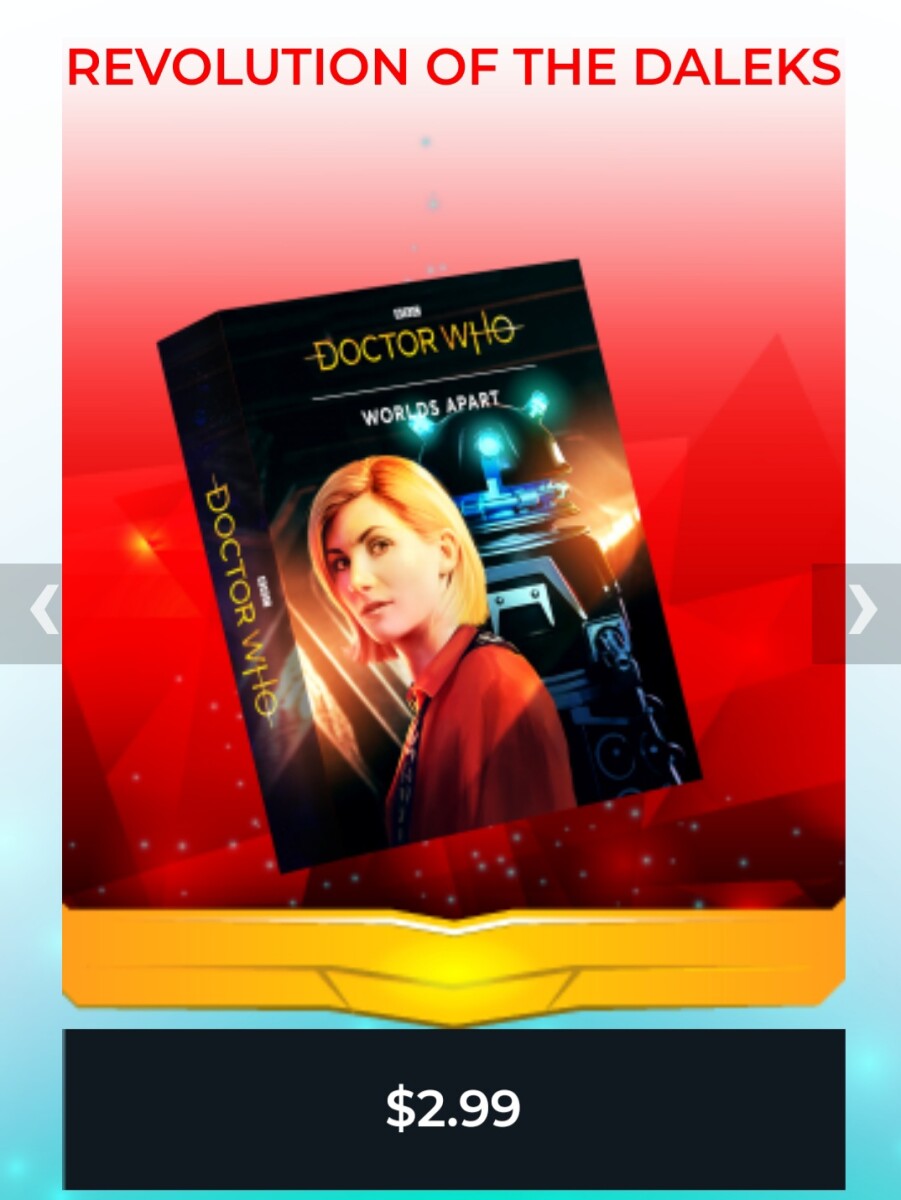 Don't blink or you may miss it! The Doctor Who pre-sale ends on the 28th of February 2021, at 23:59 CET. The chosen time is a bit strange as will be 22:59 UTC in the United Kingdom, where BBC is based. Those interested in Doctor Who and the NFT collection still have 5 days to add Worlds Apart to their NFT portfolio. The number of packs is limited and as of 22nd of February, the Tardis packs were sold out. Just as a reminder, the cost per pack was $196.30 in the pre-sale. Still have doubts about the impact of the game? 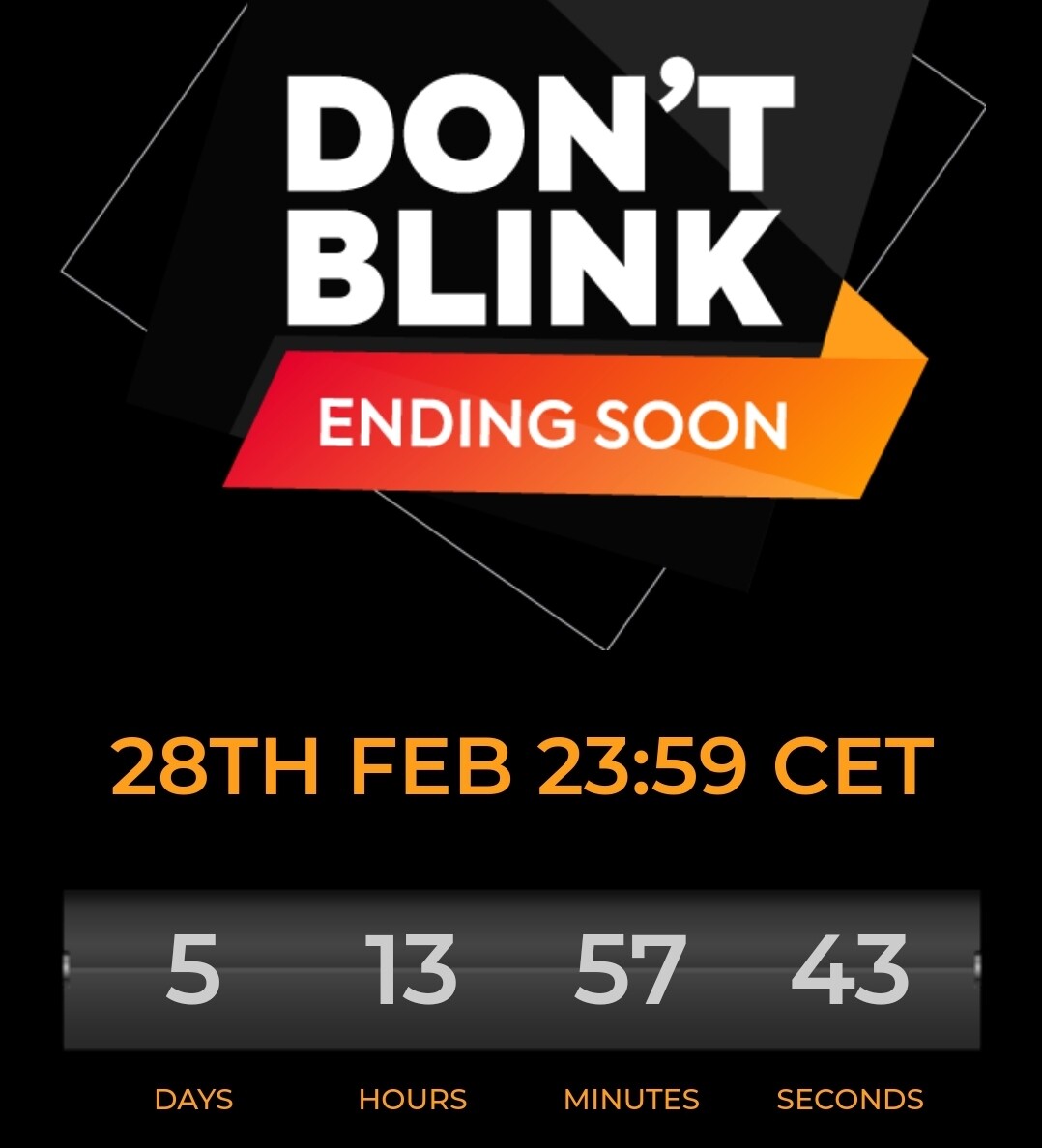 The cards are stored in the Ethereum network and the players only interact with the network only they for trading cards.

The payment methods are what I expect from 2021. You can purchase the Doctor Who packs with PayPal, Credit Card (Visa or MasterCard), Pandaks or cryptocurrencies. Coinify makes available payments in Bitcoin, Ethereum and Litecoin. Terms and Conditions must be ticked to activate the "Pay Now" button.

CakeDeFi with $30 DFI for new users