I am honored to write my first post on publish0x today and hope that people enjoy reading my post. My aim is to try to inform readers of new and interesting projects, upgrades and updates to projects and of course any news of interest on the Crypto spectrum. However, my first post will be a guide around crypto tipping in Twitter. What are the options, how to participate and what are the pro’s and conn’s.

So, let’s start with what tipping crypto on Twitter actually is and what I want to discuss. I assume that you as a reader are familiar with Crypto Twitter and will probably follow your share of crypto enthousiast and news providers according to your own needs and interest. So while scrolling through posts around crypto on twitter you probably encounter a lot of giveaway tweets with texts like: Follow me and like this post. If I reach 500 followers I will select three users that will receive X amount of Crypto. 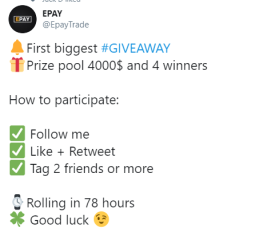 These posts are created to get a large follower base in a short period and is driven by people’s hopium to receive free crypto. The big issue here is that there is no visibility on the selection and pay-out process. This issue was tackled by Tipping bots on twitter.

Tipping bots are triggered based on commands that are prompted in a tweet. The commands will vary based on the provider but we’ll get into that when we discuss the providers. As far as I know of there are currently two active tipping bots on twitter: CCTIP.io and COINKIT

You will probably recognize this tipbot from twitter post as well. You see loads of posts with a closing line that state something like the following: @cctip.io airdrop 100000 VYA 30

This command line basically instructs CCTIP to take 100000 VYA out of the wallet of the person that tweets and to divide and airdrop the coin over the first 30 accounts that retweet the post.

CCTIP offers a variety of coins that are available for tipping. Most of the coins are really small and have little value like VYA, CSO, MICRO and others but they also offer tipping of well-known coins like ETH, BTC and BCH. The vast majority of coins that are used for tipping are the lesser known coins. But in all truth, I did manage to get some satoshi’s of BTC, BCH and ETH.

Retweeting a tip post will automatically create a wallet account for you on https://my.cctip.io/dashboard. You can login to the dashboard and get an overview of the coins that you collected. As soon as you have coins in your wallet, you can either chose from the option to start tipping in your posts yourself or to move the coins out of the wallet.

If you want to tip coins, all you have to do is simply at the @cctip.io airdrop <coin amount> <coin> <amount of tips> to your post. CCTIP will automatically pick up the command line and will add the monetization for the post.

Now, here comes the big issue that I have with CCTIP: in time you will have earned quite an amount of tokens and might want to move some of the tokens to another wallet. To move coins, CCTIP requires you to move some ETH to your wallet since every withdrawal transactions requires a 0.001 ETH fee. The good thing is that you can earn the ETH by retweeting posts that tip ETH but this process will take time since you will only earn a small portion of ETH for a retweet.

COINKIT basically is the same idea as CCTIP but it does have some differences. You might recognize COINKIT from twitter commands like @coinkit_ mon 5 100 $BTC. In this command example the tipper tips 100 retweets with 5 satoshi each.

I will focus on the differences between the two tipping services.

The biggest difference is the tokens that are used for tipping. COINKIT uses well-know coins like BTC, DOGE, PIVX, DGB, QTUM and TZC. This makes the tipping bot attractive to earn passive income and the quality of the tweets that actually tip with COINKIT are usually of a better quality content wise.

Another big difference is the withdrawal fee. While CCTIP requires fees to be paid in ETH, COINKIT takes the fee from the coin that you are withdrawing to the wallet which makes it a lot easier to withdraw coins that you earned from tipping to your wallet.

A very important difference that puts COINKIT ahead of the competition is that they are doing on-chain transactions instead of DB transactions. This means faster service and withdrawal.

Last difference that is worth mentioning but not as significant as the other differences, your COINKIT balance and withdraw options are all available on twitter under your messages. You can just ping COINKIT for your balance and it shows immediately with the option to withdraw. No need to go to a separate site.

I’ll leave it up to you which tipbot you prefer. I use both tipbots but prefer COINKIT over CCTIP because of the obvious benefits. For me, CCTIP is primarily a way to present your tweet to a larger audience so it’s a good way to spread the news that you are trying to get around since retweeting is incentivized. To earn a passive income will be a bit harder since most of the coins that are used for tipping are low cap coins and it’s better to use COINKIT if you would like to withdraw.

I'd love to hear your experiences with tipping on twitter in the comments below! 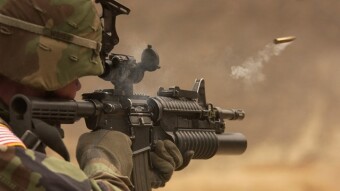 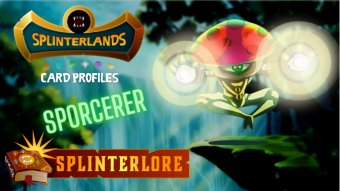 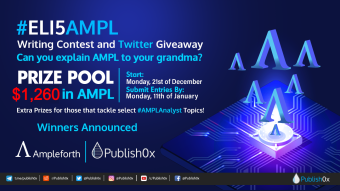