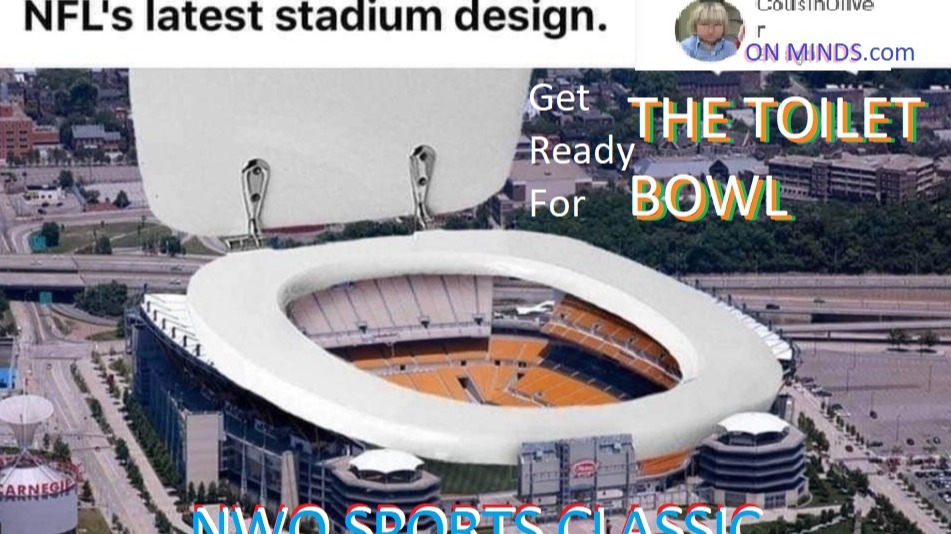 Our take on a graphic from cousinoliver on minds.com

@CousinOliver Came up with the plans of a new stadium design, for coming NWO, NFL football. IRUUR1 figured; The Toilet Bowl Should Be A Huge Coming Event. So we embellished Oliver's graphic with our event suggestion.

The best elite seating for this event is on top, along the white rim, or best yet, in a suite on the ornament level located at the top of the tank. You don't want to be seated down in there where all the shits' happening. The promotion trick for the league owners and sponsors, is to get people to want to be seated down where the action is. Then, you and your elite buddies, enjoy the show from your seat at rim level, or in the comfort of your luxury ornament level, tank top suite.

The tank is in the cloud above. There the elite wheel and deal for the privilege of dictating rule changes on the field, as well as changes to seating and other privileges, among audience participants in the stands during the game. The game ends when the final deal of the game is made, and the winner flushes the bowl. This also saves money on cleaning for the next event. Attendees in the bowl area can watch their own demise on the stadium big screen, as the watery maelstrom engulfs them into a clockwise or counter clockwise descent, depending on the geographic hemisphere in which the stadium is located..

CHINA IS GETTING A U.S. TAXPAYER BAILOUT!

How does that work? Simple. China has been and continues to be allowed to buy US farmland. They own large corporate farm interests.

Business Insider on MSN.com9/18/2020 REMEMBER - This is all fiat money that the US Treasury is expected to pay back in real money. 60% of all US small businesses now permanently closed.

One Wall Mart, in one town in one state, Florida.Could it be the People are ready to take back their rights and transition out of tyranny. Make it an even dozen incidents like this and we may have a snowball rolling. 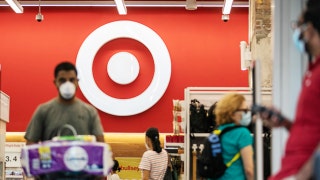 Transition is on the minds of everyone because we are in one, whether forced, or a cyclic part of human and mother nature. But transition under tyranny, without sovereign individual rights, is resulting in another historically avoidable breakdown of civilization.

Jesse Casanova and Earth United are beginning to form a solid team of legal professionals to teach the People the power of language in L.A.W. - This has been scrubbed off the internet today. Was just able to get this copy. Watch, save and share! KK

We featured this video an our article yesterday as well. It bears much and immediate sharing.