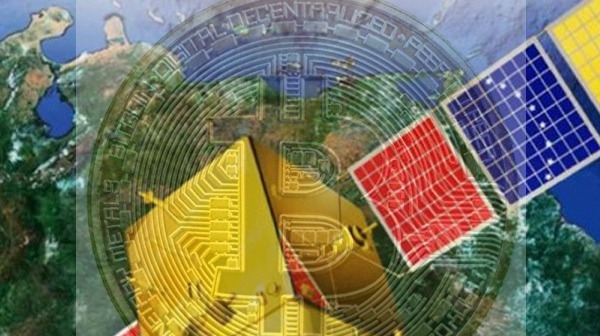 Venezuela has the worst performing internet connection in Latin America, which negatively affects a very active user base in terms of crypto-finance and access to blockchain.

In Steemit and Hive for example, Venezuelan users have great representation, we have discovered the benefit that cryptocurrencies provide to humanity and we have known how to take advantage of it in the sense of improving our quality of life, mainly in the acquisition of food.

The constant interruptions of the electrical service together with the blockages or "drops" of the internet service, affect the performance of this population of users, who despite the adversities, maintain their presence and have managed to mark milestones such as the country of Latin America with higher volume of weekly Bitcoin trades which reached more than 2,000 BTC (around USD 6.8 million) on the peer-to-peer (P2P) exchange LocalBitcoins at the beginning of 2019.

Venezuela also ranked first in Latin America for being the country with legislation on crypto-finance, this due to the creation of government agencies.

Despite its political and economic problems, Venezuela ranks first among all Latin countries in adoption of cryptocurrencies.
Now we are again surprised by the news of the installation of the first Blockstream satellite node to transmit Bitcoin transactions The company Blockstream (Provider of products and services based on Bitcoin and blockchain), launched a new satellite service that has a transmission protocol with higher bandwidth, additional coverage areas and the ability to synchronize with a Bitcoin node. This will allow users to obtain all the information on the BTC blockchain from the genesis block to the most recent one, "without the need for internet".

The company Cryptobuyer, a Latin American startup that offers payment solutions based on cryptocurrency, together with the work team AnibalCrypto, hired the EUTELSAT-113 satellite belonging to Blockstream to transmit data offline (without internet).

"We downloaded the entire Bitcoin blockchain and successfully carried out the first transaction through a Bitcoin satellite node in our country on September 23, from the city of Valencia." “We receive bitcoins through the satellite connection without any internet connection. It was a moment of great achievement."
Álvaro Pérez, programmer of AnibalCrypto

The implementation of this new BTC satellite node in Venezuela represents a great advance in telecommunications matters, but mainly it provides Venezuelans with the possibility of continuing to carry out their Bitcoin transactions without having to depend on the Internet access service, which is controlled entirely by the Venezuelan State.

This technological independence will bring a better performance of BTC operations in the country and we will surely see a new increase in the number of weekly operations.

You can see this post at my Steemit's Blog:
https://steemit.com/hive-175254/@juanmolina/venezuela-satellites-bitcoin-and-more