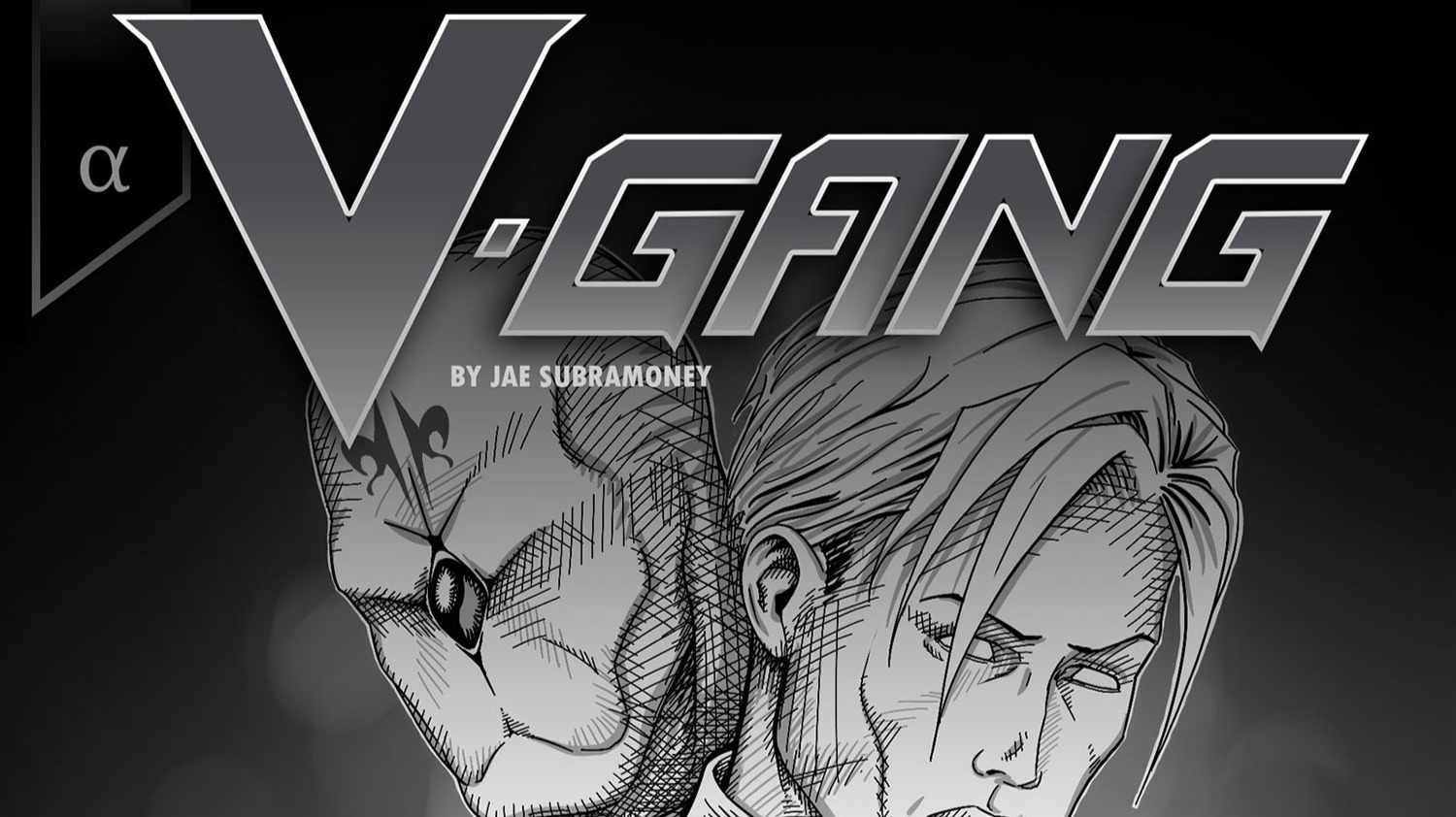 V-gang is short comic book that examines ideas of First Contact, Veganism and our broader place in the universe as humanity. These sets of ideas typically don’t get mentioned in the usual discourse of Veganism. But that is one of the most interesting aspects about Veganism; there’s all sorts of tangential offshoot ideas that are quite interesting to explore and reflect on. In this comic book I’m aiming to add some of those thought provoking ideas to the discussion, particularly around Veganism being of massive importance to humanity maturing into a space faring civilization.

As an artist, I believe you’re compelled to add value to the world, to add some new idea or concept that hasn’t been considered. And I see V-gang as adding to the discussion around Veganism. A lot of the ideas in here come from other science fiction material that allude to a vegan future.

When I was a kid, I read Arthur C Clarke‘s novel “3001 : The Final Odyssey“, and in that book he mentions that in the future people are vegetarian because it is more resource efficient. This idea has always stuck with me, and now as a Vegan it consumes my thoughts quite a lot. Even Elon Musk mentioned recently that the first colony on Mars will probably be vegetarian because it consumes less resources.

This confluence of ideas around Veganism, First Contact, and our nature as a space faring civilization has lead to the culmination of this book. It’s a true reflection of the ideas that I believe in, and why I think Veganism is so important going forward not only for the next few decades but the next few centuries.

I would have loved to have written this material as a book, and I may yet do so. But my skills as a artist have always been stronger than that of a writer, and given my burgeoning interest in art again it only made sense to produce this as a short comic book and see what the response is.

I’ve currently released the book on Amazon https://amzn.to/2P2HJ6r. Soon it will be available in paper format.

I’m quite proud of this comic book. It’s always a wonderful feeling to completed an effort like this; to see it grow from a kernel of an idea to the final full body of work. My hope is that this piece to work positively adds to the discussion, and highlights how we as a species mature using Veganism as a foundation.